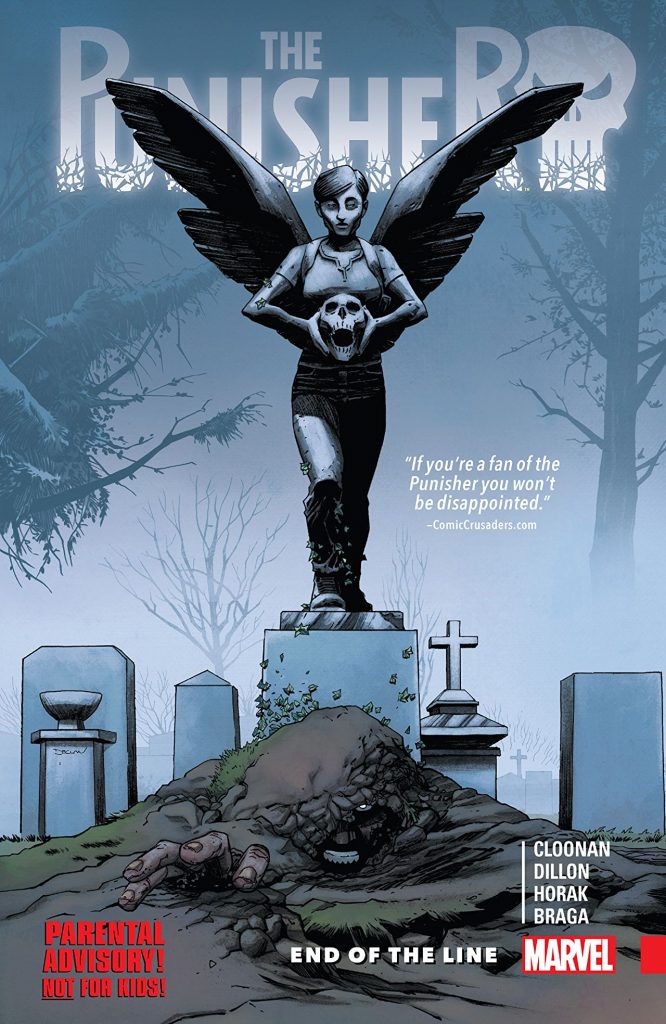 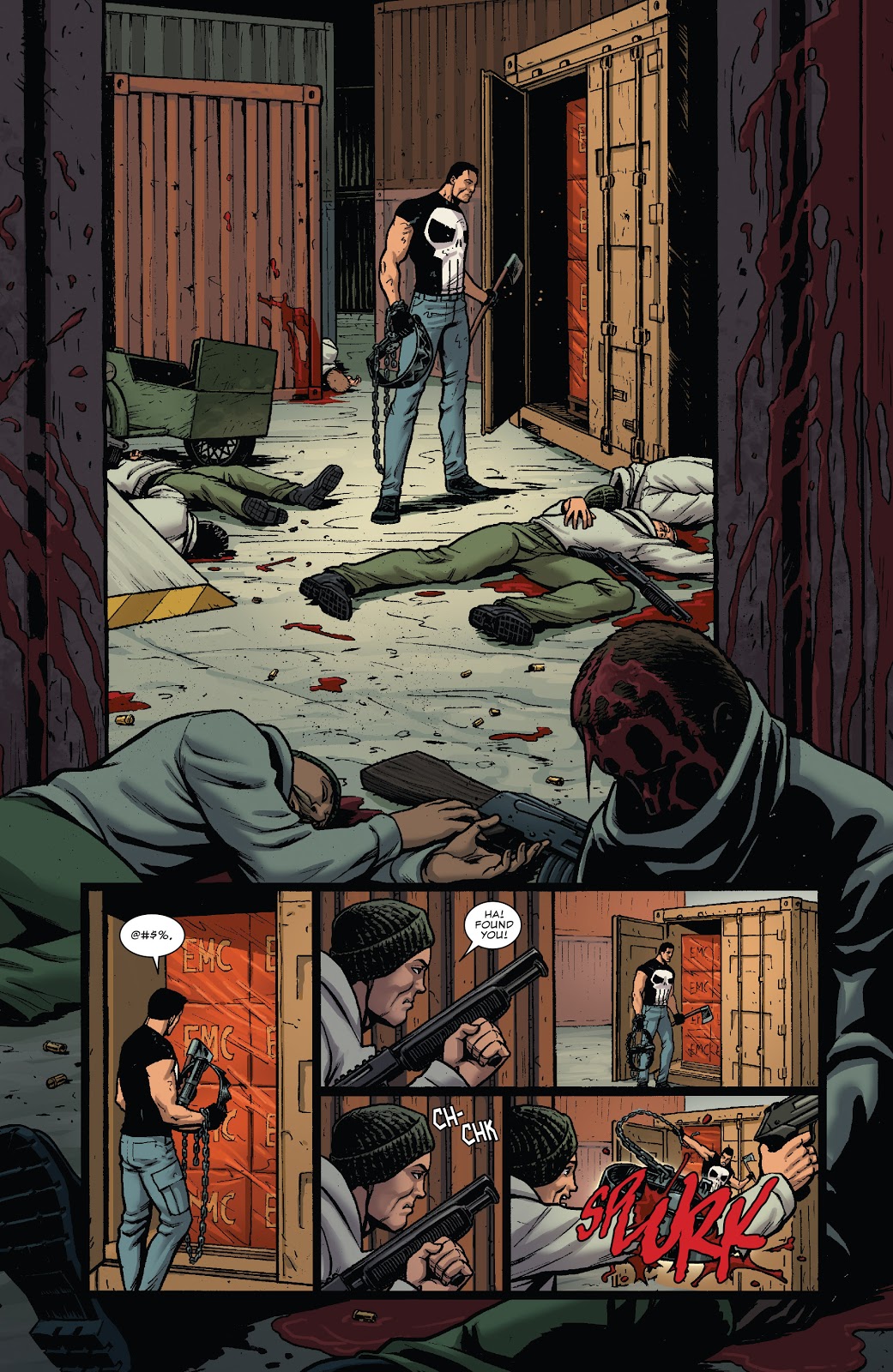 Becky Cloonan’s start on the Punisher offered few surprises, but gave fans a lot of what they want in the first half of a story occupying two graphic novels. Does End of the Line match it?

Due to tragic circumstances End of the Line doesn’t have the artistic consistency of On the Road. The pages Steve Dillon drew for the opening chapter are his final work. These are combined with pages drawn by Matt Horak, responsible for most of the remainder, although Laura Braga who steps in for a single chapter would have been a better choice. She approximates the viewpoints of Dillon’s art, and is the better artist. Horak can lay out a page, but he has considerable trouble with facial expressions and there’s a stiffness to his figures.

If nothing could be done about the artistic inconsistency, that’s not the case for the plot, which on so many occasions hasn’t been properly thought through, even allowing for the suspension of reality that has to be applied to superhero comics. On the minor infringement end of the scale, the puns Cloonan slips in are out of place. Moving up a little, the timescale for events starting End of the Line is completely skewed. In the time it takes the villain of the piece to emerge from the wreckage of his lab and commandeer a bus, DEA Agent Ortiz has lived several weeks of her life, yet she’s there when the bus crashes. The worst aspect is that too many elements service the plot without much logic. The DEA don’t take basic precautions because it services the plot. A drug dealer, established as intelligent, takes his own product without knowing the side effects because it services the plot. A reinforced metal door with a keypad can be kicked in via an agent’s shoe because… You get the point. These are far from the only examples. The worst is when the Punisher’s captured.

Cloonan’s far better at staging the action, which is imaginatively gruesome, thoroughly deserving the parental advisory. However, the balance isn’t right. There has to be some element of credibility, and the Punisher punching someone repeatedly after we’ve seen a sword cutting through his hand overplays credulity. That’s in a scene leading up to a misfired ending totally out of character. On the Road may not have broken any new ground, but it was a decent enough Punisher story. End of the Line doesn’t meet that brief. Cloonan’s stint concludes with King of the New York Streets.