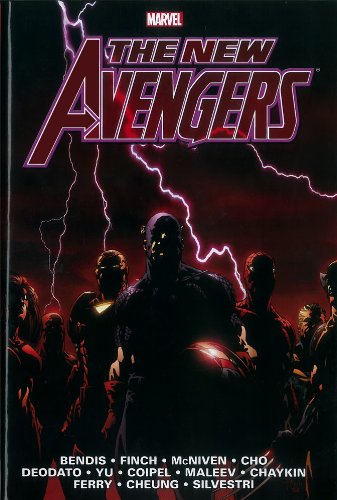 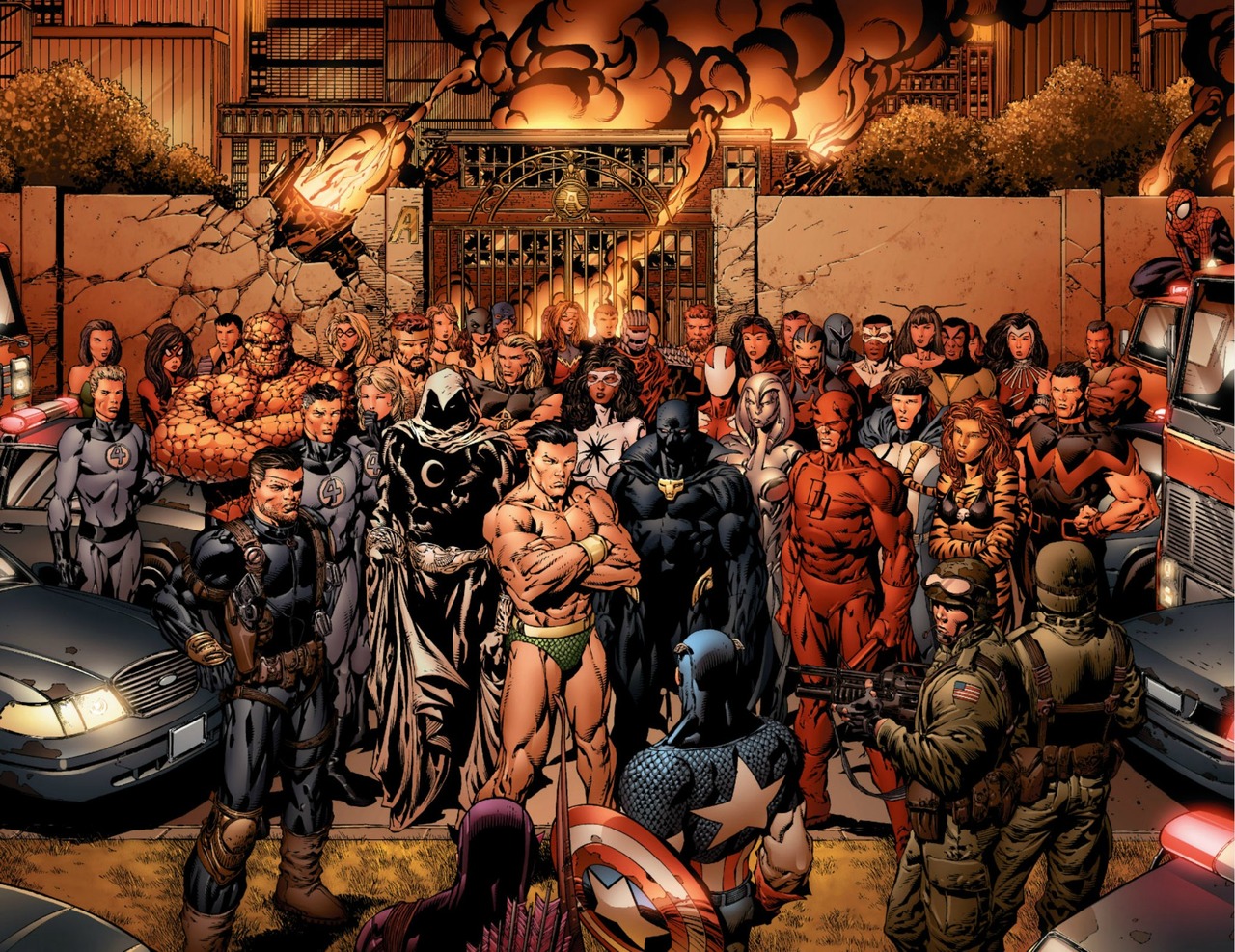 Tasked with re-booting an Avengers title mired in mediocrity, Brian Michael Bendis surely succeeded beyond the wildest dreams of anyone involved with his appointment. This vast hardbound collection begins and ends with him disassembling the team, but in between he laid the foundations for what the Avengers is now: a franchise spreading over several monthly comics and splashing across the movie screens.

He lacked experience writing superhero teams, but Bendis possessed an obsessive love of cinema. This was no elitist’s appreciation either, he loved a good action movie, and brought this sensibility to a title that lacked the widescreen presence Marvel’s most popular characters now embrace. He was particularly attuned to dialogue, and while occasionally a little too glib, it’s consistent joy throughout this book, as is the credible characterisation stemming from it.

A fundamental question asked was why Spider-Man and Wolverine, two of Marvel’s most popular superheroes, weren’t part of their premier team. There was no good reason, so in they came, along with Luke Cage, Spider-Woman and the somewhat offbeat choice of the Sentry, added to replace the power levels previously supplied by Thor. While a hero crippled by clinical depression and his own neuroses is novel, beyond that he’s really too much of a narrative convenience.

That’s a rare failings here. Bendis and artist David Finch started with an astonishing dismantling of the original Avengers, throwing in numerous guest stars and Avengers long unseen, decimating the team that was and concluding that section with a touching wake. Those attached to some characters carped at their fates, yet even in 2004 there was an awareness that nothing in superhero comics was permanent. That was the same year that Bucky Barnes, dead since 1944, made his credible reappearance.

We’re then onto the new team, constructed when assorted heroes find themselves preventing a breakout at a jail housing super-villains. That’s not entirely successful in situ, but there are no problems creatively.

The initial tokenism of Spider-Woman is rectified by adding Ms Marvel to the team, and let it be said that the games played with Spider-Woman’s mind, and by extension ours, are first class. Even better, many of her scenes can be read post Secret Invasion when a clever alternative interpretation can be applied. For all the decent characterisation, though, the weakest chapters are those entirely given over to single characters (Luke Cage and Hawkeye exempted) during Civil War tie-ins.

By the final chapters the Avengers are riven, and one team is set against another. “If we can get Captain America back we can call ourselves the Avengers again”, offers Cage, but how often do matters work out that simply in the superhero world?

This collection includes plenty of material omitted from the six paperbacks gathered. There are two Civil War tie-ins, one a really rather necessary expansion of events glossed over in the main continuity. There’s also a chapter exploring the interesting concept of the Illuminati, a gathering of the world’s most powerful and influential superheroes, and a somewhat less than sterling special by Paul Jenkins and Graham Nolan originally distributed free to US military personnel.

The thrills are fast and plenty for the most part, and it’s puzzling that no Omnibus has collected the remainder of the series.