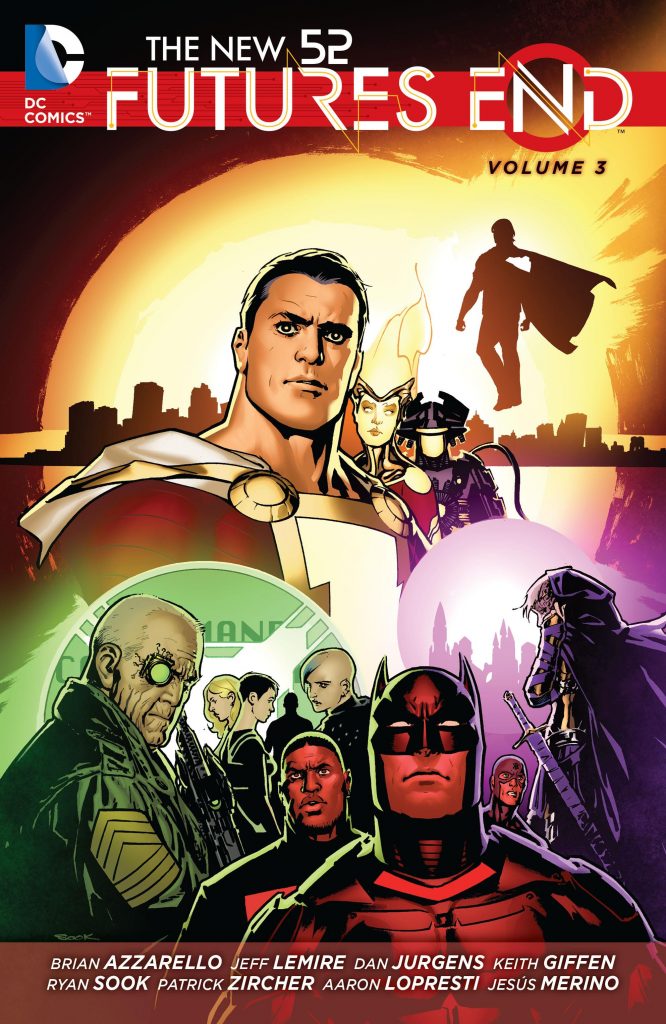 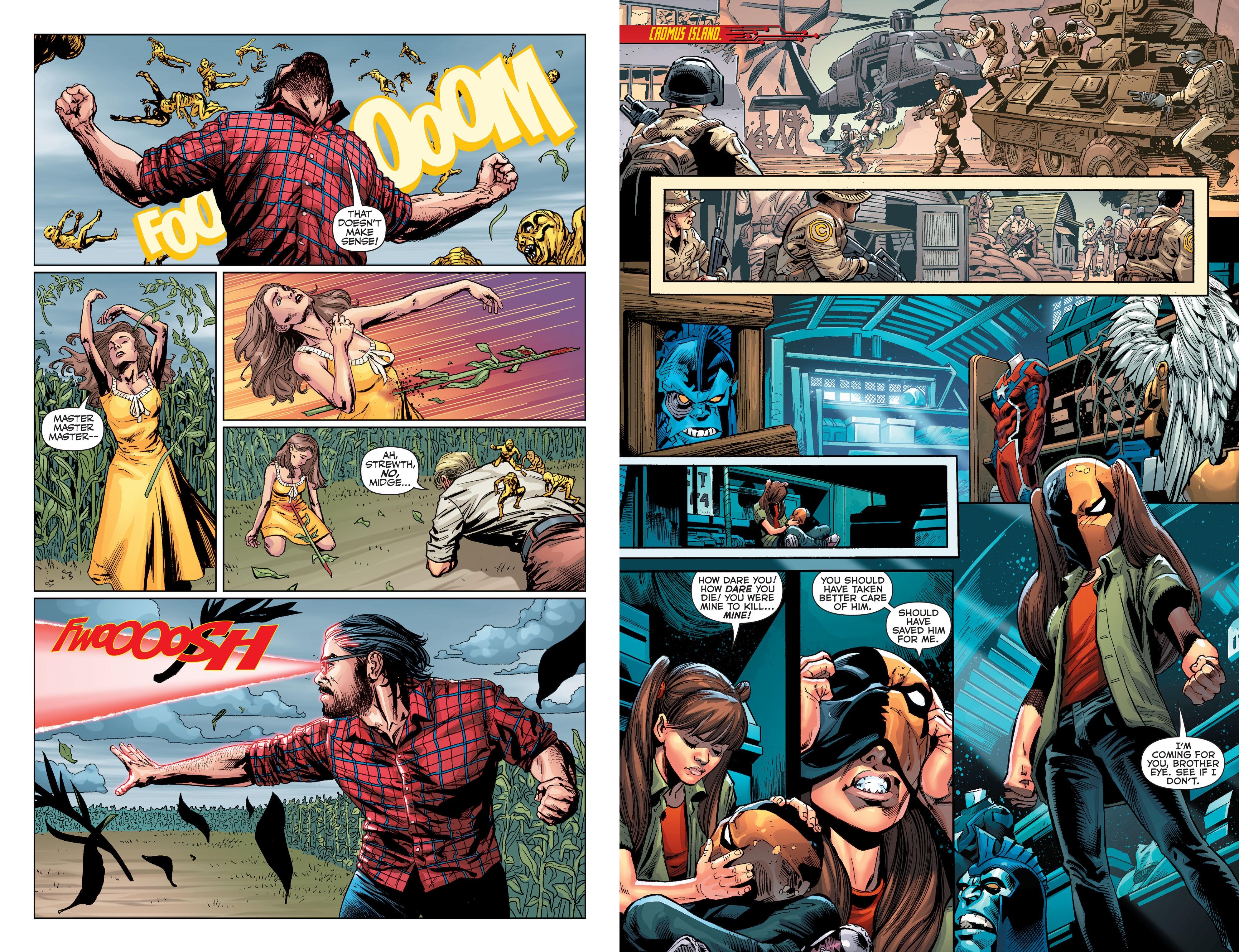 Terry McGinnis has arrived in 2019, five years ahead of his proposed trip back in time to 2014, on publication the present day of DC superheroes. The presence of this Batman from the future has unleashed a torrent of revelations, and he’s still hoping he’ll be able to prevent the development of his future, where humanity is almost extinct.

In bringing Futures End to a close, collaborating writers Brian Azzarello, Keith Giffen, Dan Jurgens and Jeff Lemire have chosen to make their story one of transformations in many respects. Mr Terrific has been intending to transform humanity for the better from the beginning, but other transformations run the gamut from completely random to well considered and surprising.

In all ways Volume Three is considerably less coherent than Volume One and Volume Two, but the most obvious is artistically. It seems the deadlines of the monthly comics collected here took their toll on the regular artists of previous volumes, many hands are called in to substitute, and there are now considerable stylistic differences. Additionally, some new artists draw characters they’ve not bothered to reference from earlier chapters, so their look changes according to who’s drawing them. Stephen Thompson’s work may not mesh entirely, but he’s a step up artistically, with more interesting page layouts (sample art left) and refined figures. The other sample art is from Scot Eaton, also impressive in places, but with a looser approach.

Anyone with years of superhero comics reading behind them will realise the inspiration for some characters, a Beyonder here, a Mr Mind there, a Composite Superman in the corner, and there’s some Terminator thrown in as well, but their personalities transmit as different enough from their sources. That then, is okay, but unlike the previous two books, over the first half we’re marking time, with too many unnecessary flashback scenes of no great relevance. However, just when it seems the writers are coasting, one of them will throw in a genuine surprise, such as Firestorm taking an entirely different approach to superheroing. Halfway through we hit crisis point with Brainiac finally arriving to invade Earth, Brother Eye revealing its true intentions, and all hell breaking loose, but we’re still in two steps forward, one back territory. Ideas are repeated from earlier in the series, Brother Eye using Brainiac’s tactics, plotlines involving Mr Terrific and Atom shape their characters too much to fit the narrative, yet on the other hand the development of Lana Lang and Doctor Polaris is phenomenal. Along the way some victories seem just too easy.

Then we come to the ending. Or not. After three graphic novels, or 48 original comics, do you feel there should be an overall resolution rather than just a tying up of certain storylines? Or will you be happy to discover there is no conclusion, just the lead in to the Batman Beyond series, and, ultimately, Convergence? The best guess is that people are more likely to feel gypped at what may be unexpected, but is also uninspired and anticlimactic. All that way for this?