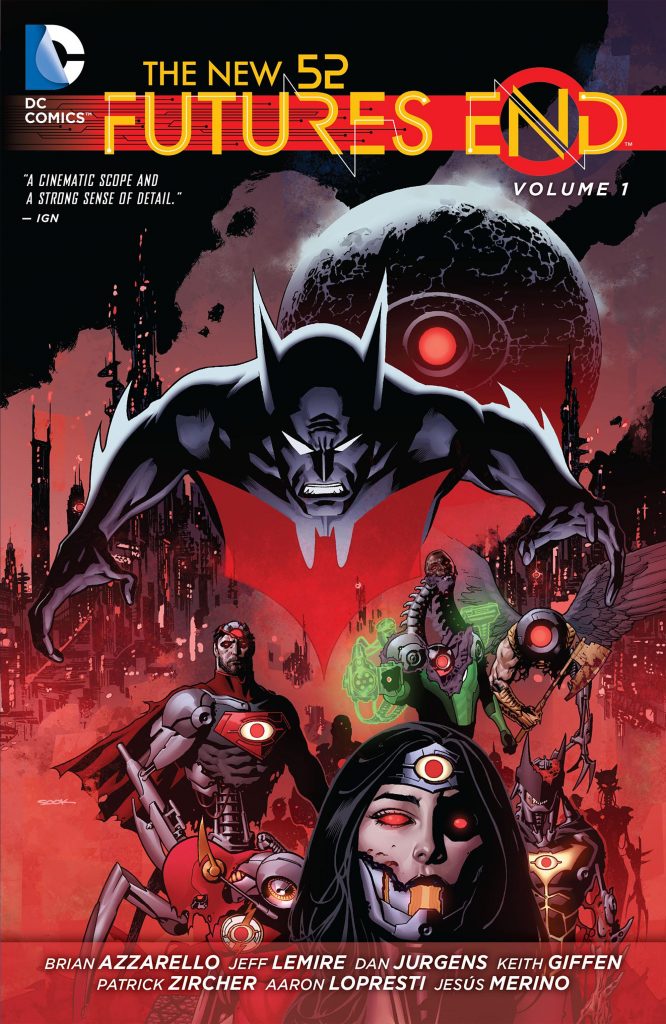 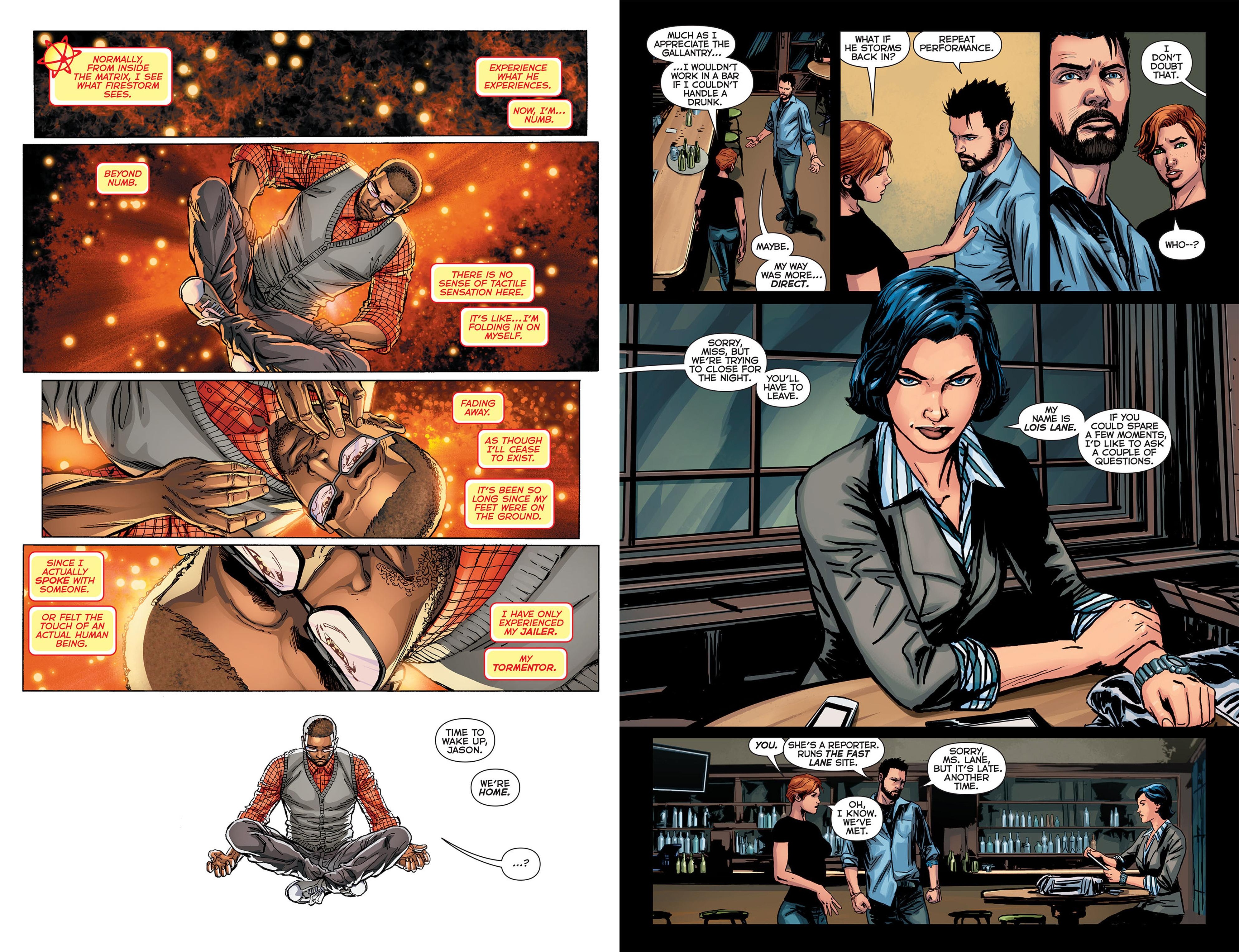 Society has collapsed thirty years into the future of the DC universe, policed by terrifying superhero cyborgs controlled by Brother Eye intent on absorbing all superheroes into their ranks. The mess is the result of Batman and Mr Terrific’s creation of the Brother Eye security system decades in the past and the solution would appear to be to send the Batman of the future, Terry McGinnis, back into the past to prevent that future ever occurring. It’s a viable plan, but with only one time jump possible, the calculations are off, and Batman arrives not in the present day of DC superheroes (then 2014), but five years in their future. Disasters have already begun happening, and heroes are already dying.

As they’ve done during other projects originally serialised over the course of a year, DC set a team of four plotters to collaborate, in this case Brian Azzarello, Keith Giffen, Dan Jurgens and Jeff Lemire, and they in turn decide on the main players. Attention turns elsewhere now and then, but their choice of lead characters is Firestorm, Frankenstein, Grifter, Lois Lane, Red Robin, Mr Terrific and McGinnis as Batman, known from the Batman Beyond animated series and accompanying comic, but not previously integrated into DC continuity. At just shy of 400 story pages this takes us about a third of the way through Futures End and covers a lot of ground from beginning to end, but the keys are Mr Terrific sharing technology across the globe via his company, and aliens on Earth. It’s a deadly combination.

DC also take the same sharing route with the art, having different artists on each chapter. While others contribute, it’s Aaron Lopresti, Jesús Merino (sample art left), and Patrick Zircher (sample art right) who are the workhorses. Each has a style that’s slightly distinct, Merino for instance tending to crowd his layouts more, and some of his figures slapdash, but overall they work well together for a smooth looking read.

Prioritising characters with no great purpose in the DC universe at the time, and not having the rigid parameters of a single title to contend with, the writers are able to explore some interesting ideas. The Phantom Zone as a wormhole cutting travel times between different areas of the universe is one. As intriguing are the events referred to that have occurred in between the DC universe of 2014/15 and the future shown of 2019/20. Why aren’t certain people around? Why has the Justice League changed? Why does Superman wear a helmet? Along the way there are some interesting battles such as Black Adam against Frankenstein and Firestorm vs Firestorm, and as in previous long form collaborative serials, while most of the action takes place on Earth, there are a group of heroes in a galaxy far, far away.

The final two chapters each end with a great revelation, but if you’ve not got the patience to follow multiple storylines that may or may not eventually come together, then Futures End isn’t going to be the series for you. Plenty of mysteries are introduced in volume one, with few of them resolved, and it’s unlikely they will be in volume two either, so you’ve got to be a journey’s worth it in itself type of person to get the most from this. If, however, you really enjoy what’s going on, there’s also a 912 page Omnibus catching up with each individual DC hero that had a title in 2014, revealing what they were up to in this future of five years later. 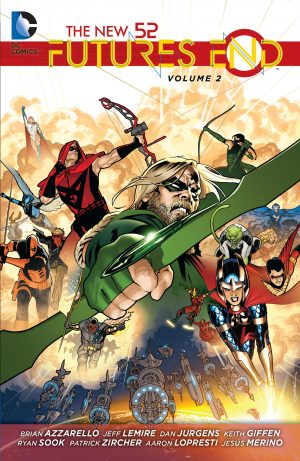 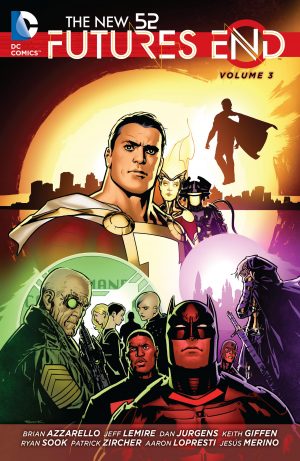