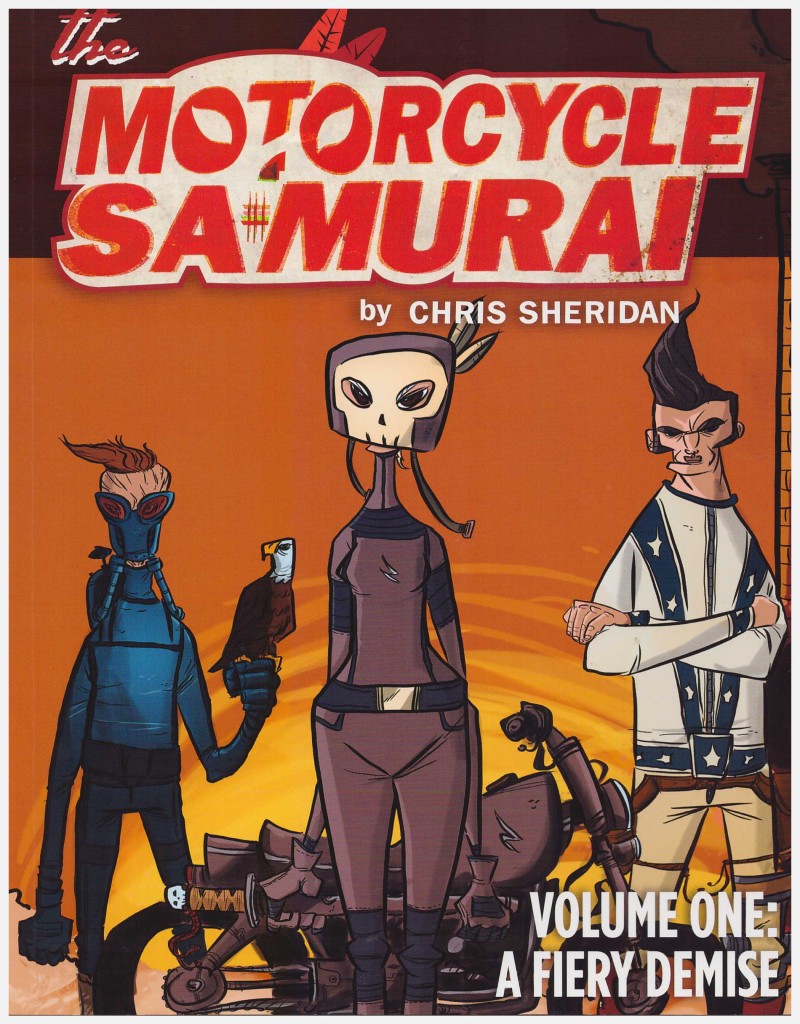 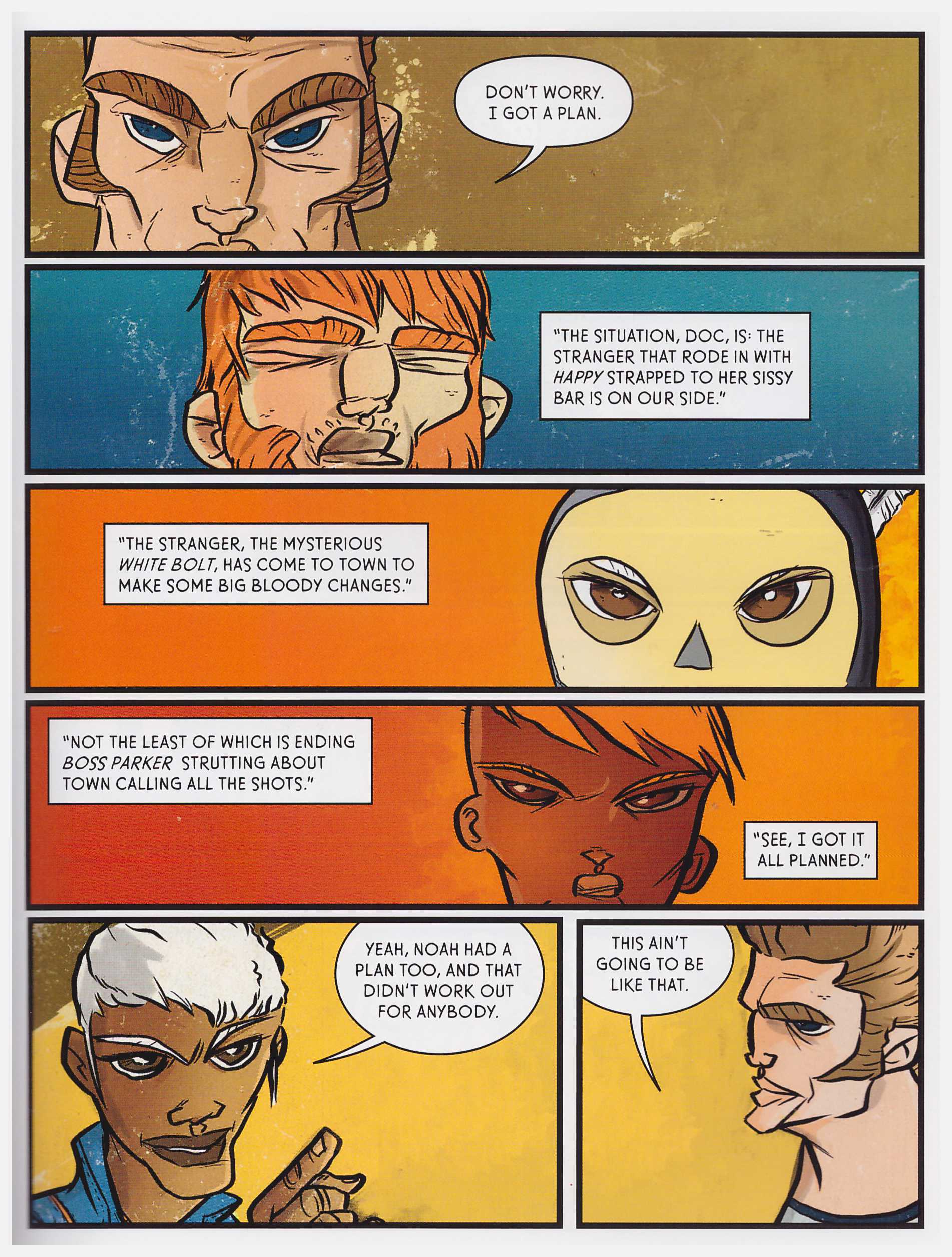 The back cover autobiography notes Chris Sheridan as having an illustrative background founded in design and animation, and it’s the latter that’s very apparent in the way he approaches his storytelling. The pages convey a sense of being storyboards, while his visual style has a distortion that would work better with motion than it does with static images, and indeed may have done so in its original digital incarnation. The pencil necks and lack of shoulders, the constant close-ups and a general lack of variation all serve to scupper what begins as an engaging premise.

Our motorcycle samurai, already seen as supremely efficient in a prelude, rides into a town named Trouble with a prisoner on the pillion and a plan in her head. The prisoner is a wanted man, although possibly innocent, and the forces of the town are railed against him. Will the forces of good survive long enough to prevail against evil?

Although the design is more Mad Max, this is very much toying with the familiar tropes of the Western, largely of the Clint Eastwood variety of the stranger in town effecting a permanent change. Those scenarios, however, are given a little twist along the way. Both the evil town boss and the capable loner are women, and instead of being under the thumb, the Sheriff is straining at the leash and maintains an immaculate quiff. Any British football fan reading this won’t be able to work their way past a Sheriff named Roy Keane, mind. Don’t creators google their character names before use?

Sheridan takes an awful long time to move anything forward. There are a significant number of repetitive wasted panels among 176 pages, so it’s odd to see a glowing commendation from Mark Waid, a man well aware of how to pace a story. The dialogue is extremely peculiar as well. Rather than convey character it’s as if Sheridan has poured every portentous soundbite he’s ever created into Motorcycle Samurai. It’s certainly a very individual approach, but it’s also utterly meaningless on occasion.