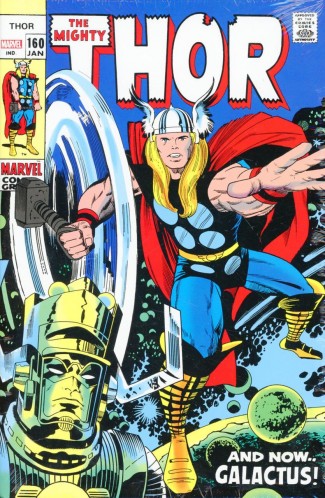 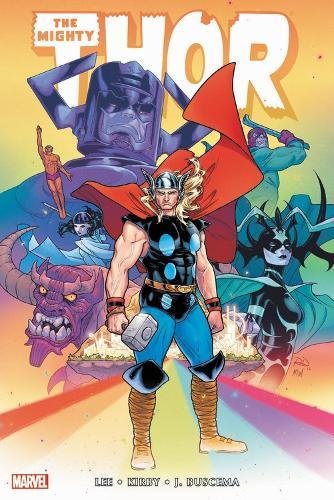 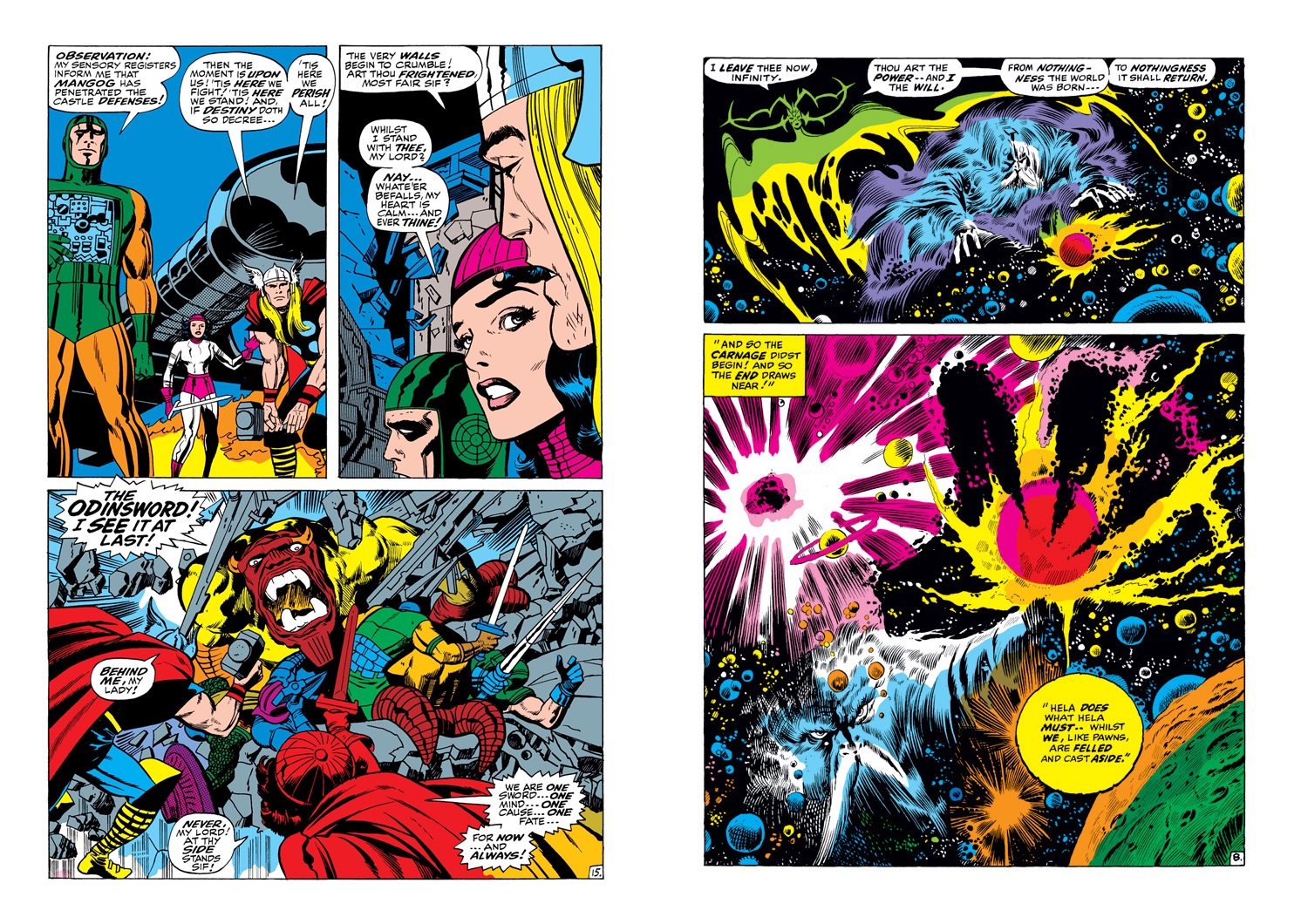 Covering the years 1968 to 1971, this almost 1000 page collection opens with a run of Jack Kirby at his peak on Thor, a dozen issues (from 42 in total) so good that it’s tempting to recommend purchase on the basis of them alone, given the oversize presentation of the art. They’re accompanied, however, by a considerable amount of mediocre material.

Kirby first unleashes the terrifying threat of Mangog, able to deal with Asgardian warriors in their hundreds, and while the ending is too convenient the several chapters reaching it are suspenseful excitement. How can Mangog possibly be defeated? That’s followed by Kirby dealing neatly with the dichotomy of Thor also being Don Blake, earth physician, and a thrilling encounter as Galactus decides to feed off Ego the Living Planet. Stan Lee’s self-aware dialogue plays its part, successfully conveying Kirby’s big ideas without ever becoming too pompous. From there, however, Kirby’s final year on Thor is disappointing, his resentment in Lee increasingly being considered the architect of Marvel’s success feeding through into average material. As they’re in the same book, it’s easy to compare the Surtur story with the Mangog piece, and reveal it as essentially an inferior re-run. An encounter with Him (later Adam Warlock) is plain daft, and a muddled three chapter origin of Galactus is nowhere near as splendid as it ought to be. That’s not the case for the art, however, which until Kirby’s final issue remains power-packed and exemplary. Ironically, as the stories deteriorate, the art improves as Bill Everett temporarily replaces Vince Colletta as inker, and he’s far more attuned to Kirby’s process. Because it appears in a run of otherwise ordinary material, there is an under-appreciated gem about a man seeking immortality, never mind the cost to others. It’s the type of quirky morality tale Kirby would occasionally produce on his mid-1970s return to Marvel, and very effective.

Although their styles are completely different, it might be thought that if Kirby couldn’t draw Thor Neal Adams would be ideal, but his two chapters, possibly produced at short notice, lack the dynamism of his work on X-Men or Avengers at the time. John Buscema takes some time to settle in, but eventually proves as good as Kirby, despite an entirely different approach, his influences being classical figurative paintings. Colletta’s brushwork is a much better fit with Buscema’s style, and by the end of the book Buscema’s work is as amazing as Kirby’s at the start.

In some ways Lee is a more elegant writer than Kirby, including foreshadowing and switching between scenes more effectively, but the combination of Kirby’s imagination and astonishing art trumps him. Reading Lee alone is like turning the clock back to 1963, as time and again the major tension is Thor being separated from his hammer and so being transformed back to civilian Don Blake. If only reading the two chapter Doctor Doom story this works well with the surrounding material, but otherwise it’s repetitive and so unimaginative. That Doom story is good, as is the later relentless pursuit of Thor by Hela, goddess of death, but that’s the mid-point of a rambling and over-extended trilogy providing Lee’s final regular work on the series. By the final chapters Gerry Conway is providing the dialogue, and he’d be the person to take Thor forward.

These issues are also spread over Marvel Masterworks: Thor volumes 7, 8, 9, and 10, or over Essential Thor 3 and 4 where they’re reproduced in black and white. There’s also the Epic Collection in colour To Wake the Mangog, featuring all the really good Kirby materiual and several issues of the uninspired.