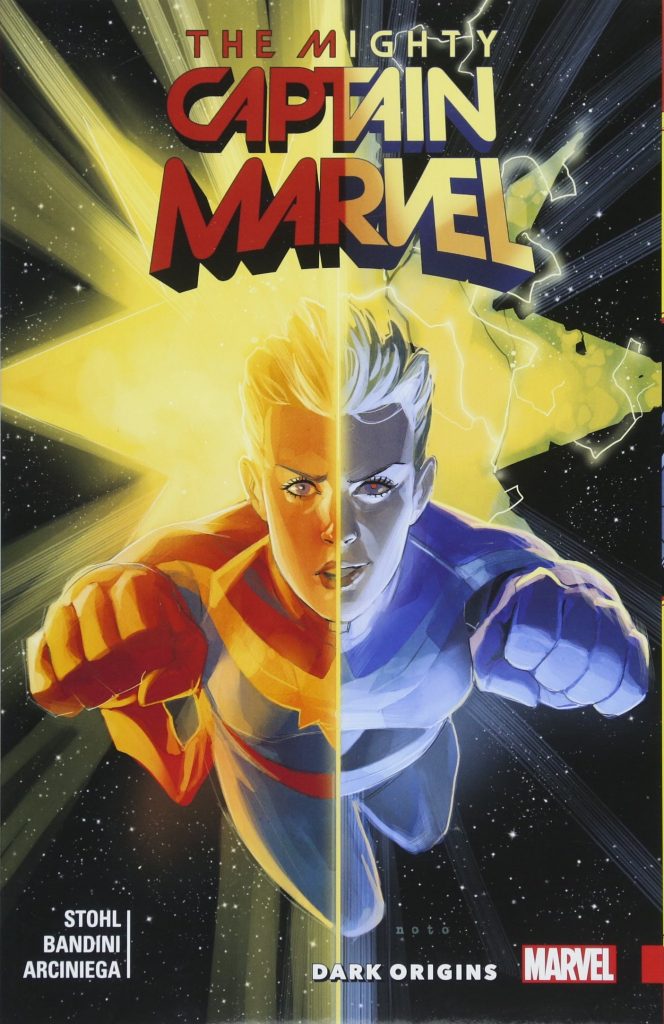 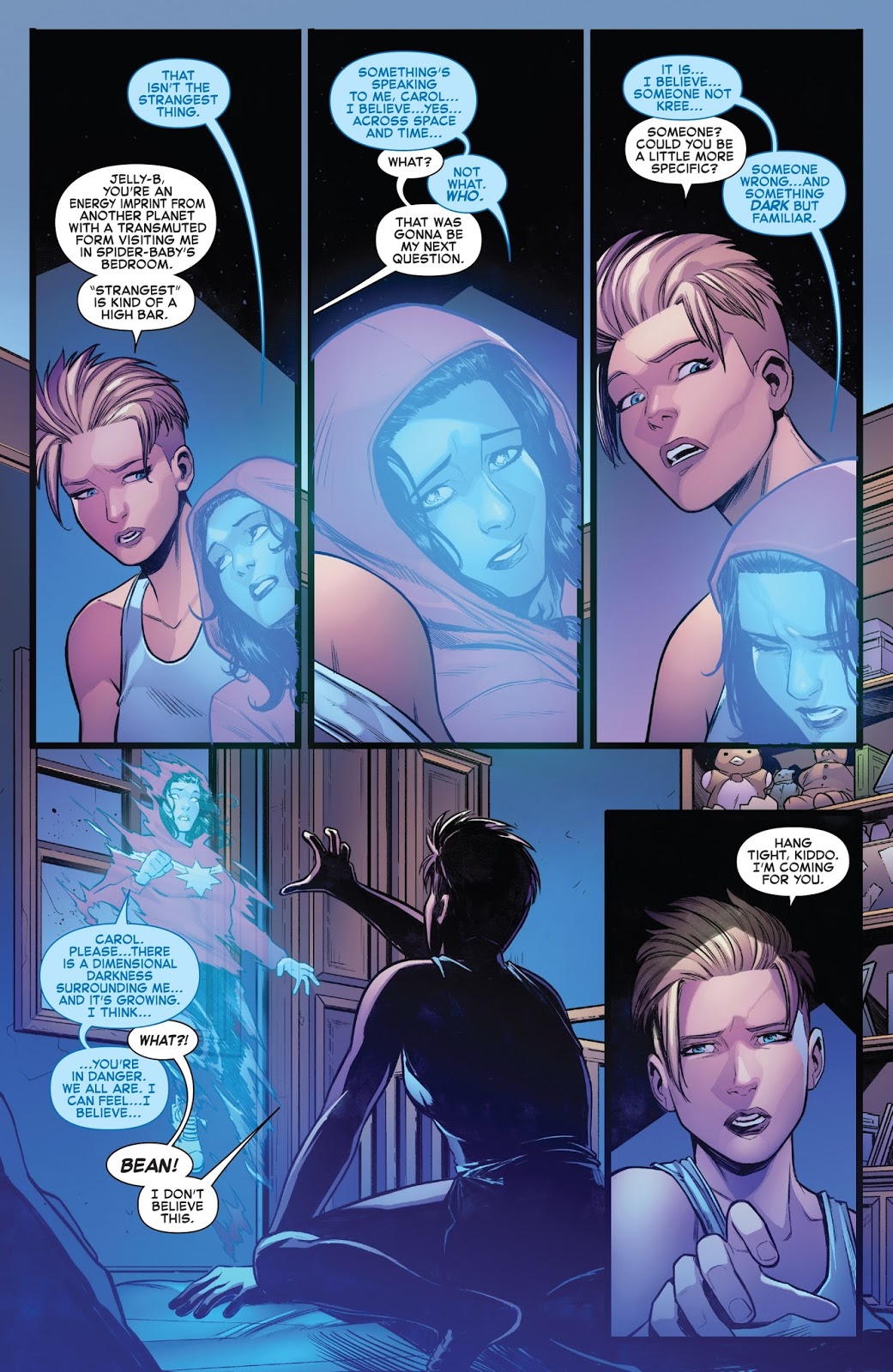 In Alien Nation Captain Marvel rescued a Kree infant she christened Bean who later departed for space. However, Bean is now sending energy projections to communicate with Carol Danvers, and what with Alpha Flight forced into taking some down time after the events of Band of Sisters, perhaps the time is right for Carol to head into space and figure out what the problem is.

Margaret Stohl has been making Kirk and Spock jokes throughout the series, and much of Dark Origins is her version of the ‘Mirror, Mirror’ episode of the 1960s Star Trek TV show, with Carol meeting the crooks of Zeta Flight. It’s the best of The Mighty Captain Marvel. The premise renders the comedy dialogue not quite as false as it’s been, and the farcical reversed iterations of familiar faces works, except the cost is Carol is relegated to supporting status in her own graphic novel. That is until the final chapter where a good twist manifests and everything suddenly becomes serious.

Introduced as artist in Band of Sisters, Michele Bandini draws this entire book, her facility for strong emotional personality definition playing well alongside a talent for hamming it up comedy. The contrast is important as she has to work with characters not usually associated with comedy and make them work for the world without over-egging. That’s a balance Stohl’s not previously achieved as she’s taken a while to settle into the character, but if you can accept an abrupt ending and Carol all too often in the background, then Dark Origins is an enjoyable, amusing read. Despite this being the end of a series, Stohl’s not finished with Carol Danvers as she also wrote the far better The Life of Captain Marvel. The present day continuity continues with yet another reboot under Kelly Thompson.