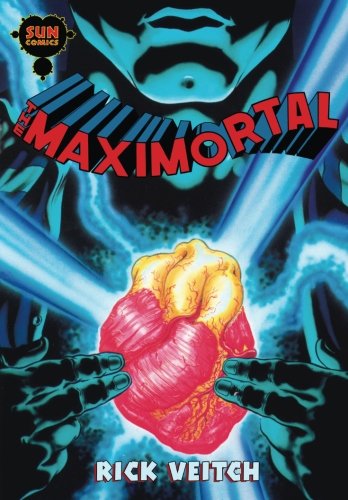 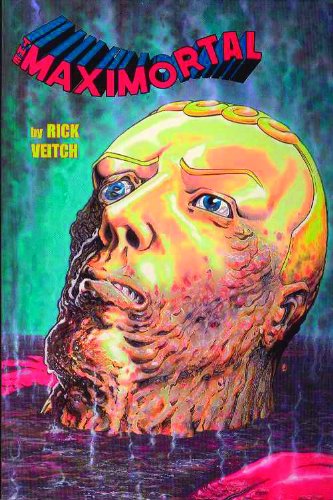 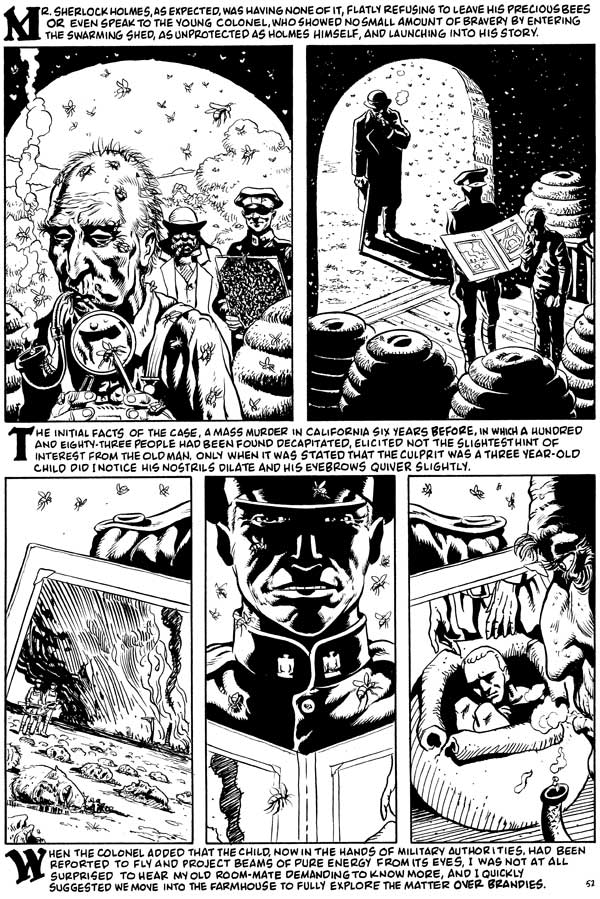 In the wake of The Dark Knight Returns and Watchmen Rick Veitch was an early adopter of deconstructing superhero archetypes. Unlike others who switched tack on the basis that there was always some deconstruction in their approach to superheroes, Veitch was both more creative and more vicious. Unfortunately, this third set of musings (after The One and Brat Pack) lacks the coherency of his earlier efforts, which is a pity as The Maximortal also presents a heartfelt exploration of DC’s disgraceful exploitation and neglect of Superman’s creators Jerry Siegel and Joe Shuster.

Much parodying of the Superman origin story occurs over the opening chapter when an elderly Mid-West couple in 1918 are in the vicinity of a space egg that lands on Earth, freeing the infant within. Unlike the homely and comforting Superman that developed at DC, however, we have a cruel and capricious beast, yet one rapidly locked away and only released under controlled conditions to serve a specific purpose. That runs in parallel to the story of two naive nineteen year olds who sign away their creation True-Man to a shady comic company.

Veitch’s palpable anger at the way Superman’s creators were exploited is powerful, and he creates a viable pathos when his attention is on them. He works in many details associated with Superman along with other nods to comics history, yet right from the start Veitch hangs a mighty millstone around his neck. For seemingly no other reason than having the freedom to do so, there’s a sniggering descent down to the scatological at every opportunity, beginning with the creation of a sort of shamanistic visionary shortly after the alien arrives on Earth. Thereafter Veitch never spurns an opportunity for a joke about shit. If there’s a point to it, it’s buried so deep it never emerges.

The final chapter makes an attempt to explain the inexplicable, but so much leading up to it has been vague and undefined, and while intended as the opening salvo for further exploits, these never appeared. Novelist Michael Chabon would later settle on Siegel and Shuster’s story for a more staid but infinitely more effective discussion of their predicaments in The Amazing Adventures of Kavalier and Clay. 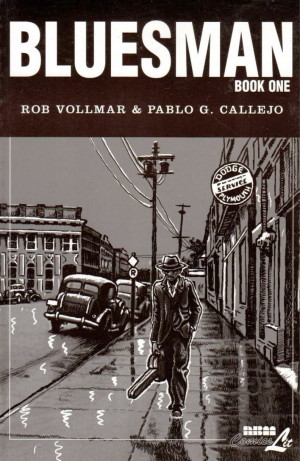