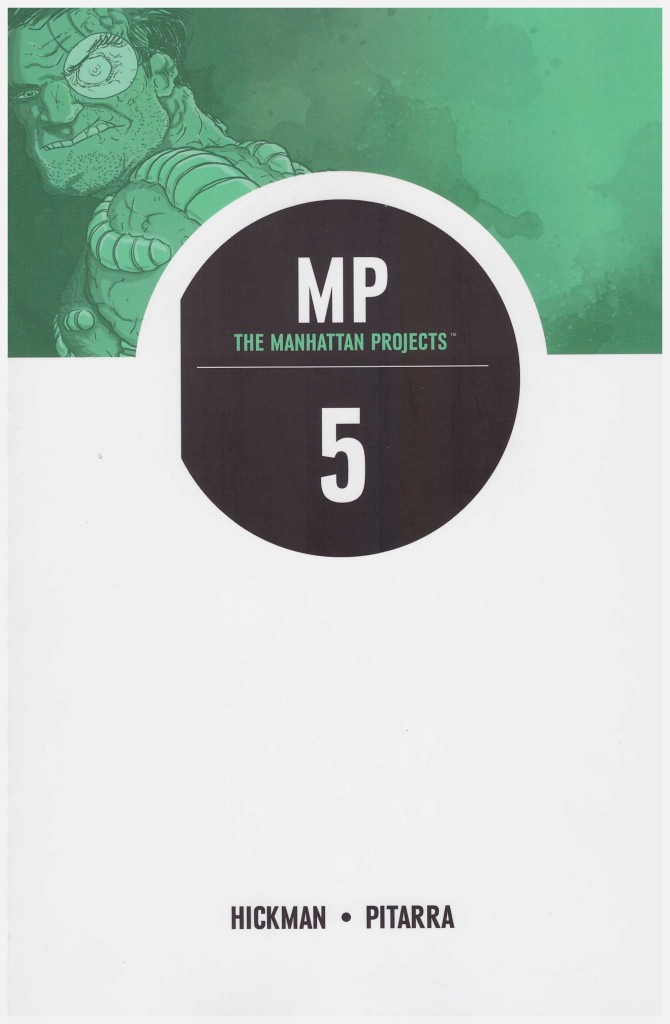 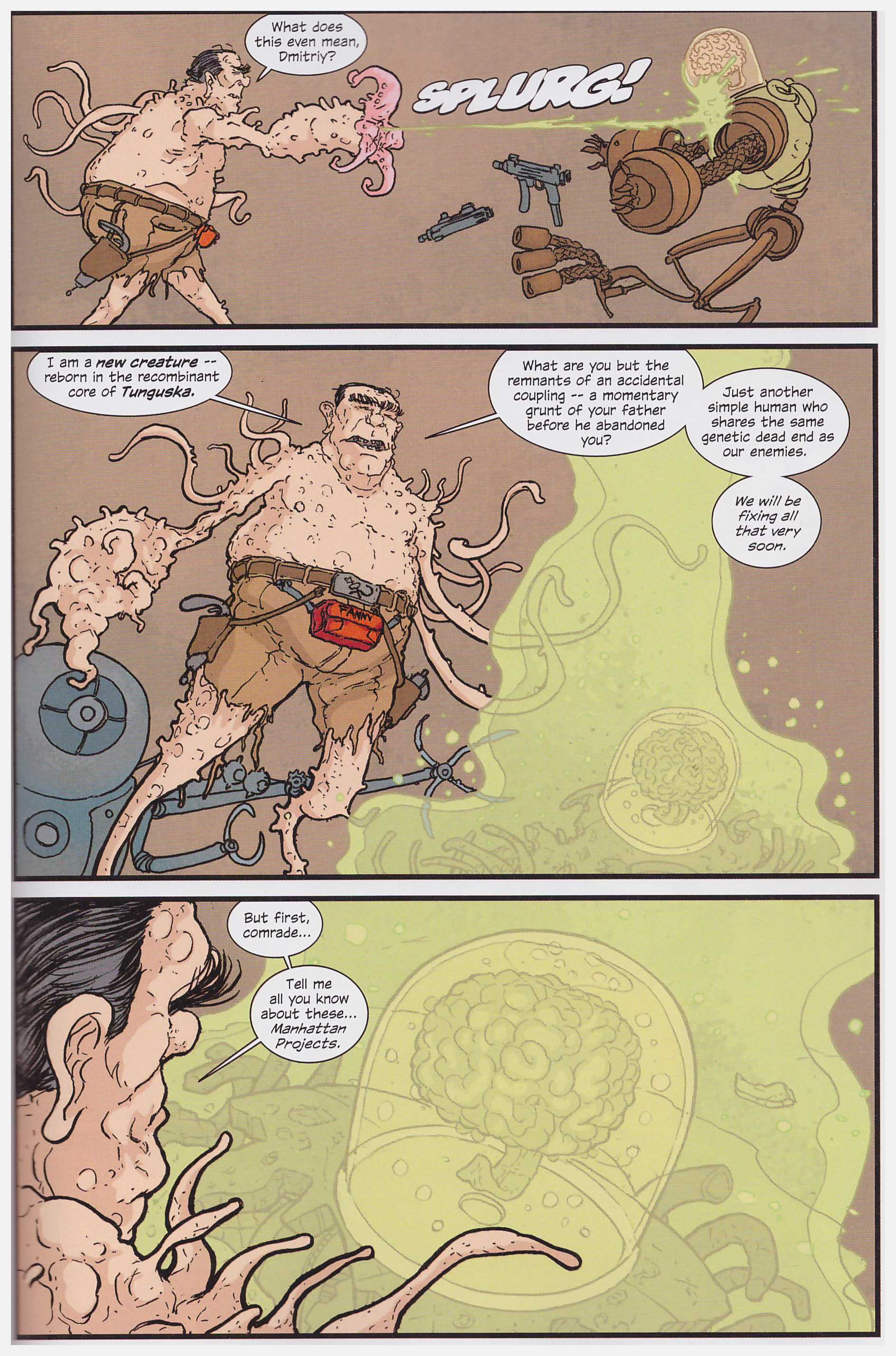 In as much as we can be sure of anything in a title where a single Albert Einstein doesn’t suffice, there was an end to Robert Oppenheimer’s machinations in volume 4, so we move quickly onward here. Time passes and Jonathan Hickman severs the link between the Soviet and American scientists as political expediency raises its head in one nation while aliens have invaded the other. Aliens in their broad, exotic and substantially squidgy variety play a significant part here, and among other items we finally begin to understand the quotations from a work derived from Richard Feynman’s recordings separating the chapters in previous books.

We’ve now reached the 1960s, and the political heavyweights from that era on our world are given an airing in this alternate reality. Welcome Nikita Khrushchev, Lyndon Baines Johnson, Fidel Castro, John F. Kennedy, Che Guevara, and Leonid Brezhnev, alongside Lee Harvey Oswald, who’s given a specific purpose, and not what you might expect. Some of the others don’t last the course, and in a specially entertaining sequence Hickman and Nick Pitarra reconfigure a historical touchstone in terms that make complete sense.

Before all, that, though, we revisit Laika, who surely no-one was ever expecting to see again, and the scientists who’ve been the basis of the series as a group to date are separated. Some follow their own agenda and are sidelined, for the time being at least, and others step back onto centre stage. And among the new characters introduced is a lying robot.

There are times throughout Manhattan Projects when it takes a turn so audacious, so resolutely into left field, that you almost want to applaud. Suffice to say, without giving too much away, that Hickman manages yet another such moment here. Perhaps Chew is the equal of The Manhattan Projects, but post 2010 it’s difficult to come up with another title that so consistently combines laugh out loud moments with tight, but eccentric plotting, and brilliant cartooning.

Make no mistake, Pitarra’s an equal part of the success. In combination with Jordie Bellaire’s sympathetic colour schemes his wacky cartooning tempers the horror and accentuates the humour. Strangely, although perhaps not considering everything else going on, the style brings to mind the design of the animated kids show Rugrats. Perhaps Pitarra watched that a lot when he was younger.

By the end of the book we’ve been supplied a surfeit of originality with a side dish of slaughter and it’s all been immensely satisfying. 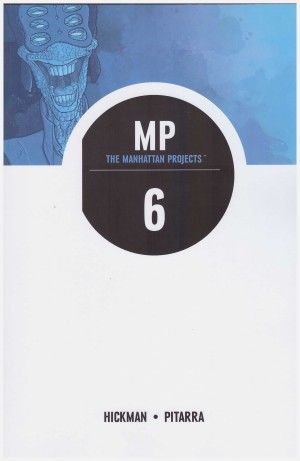