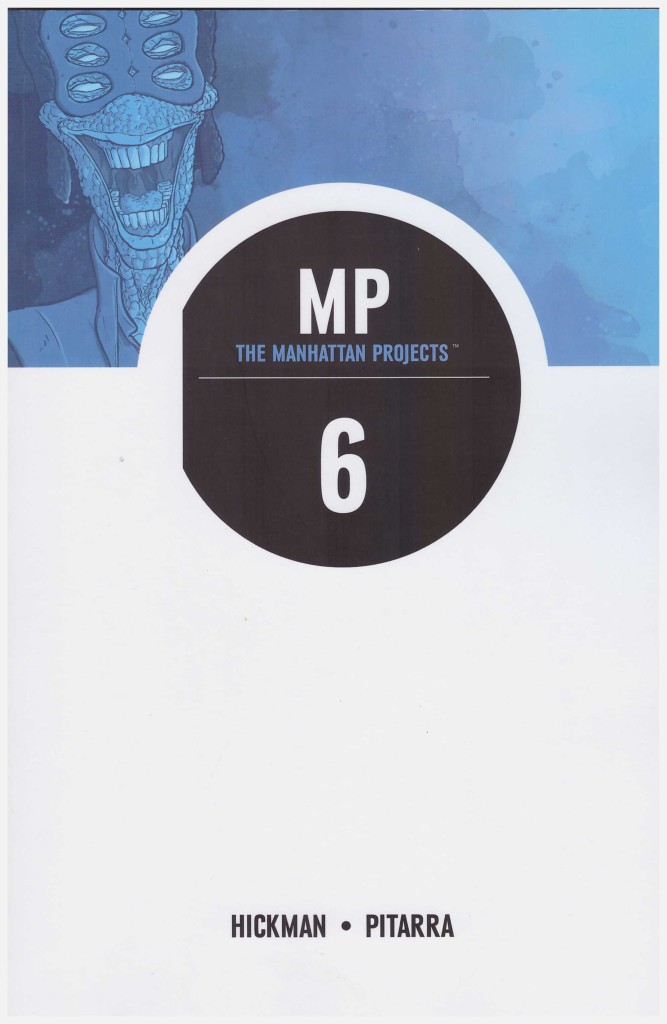 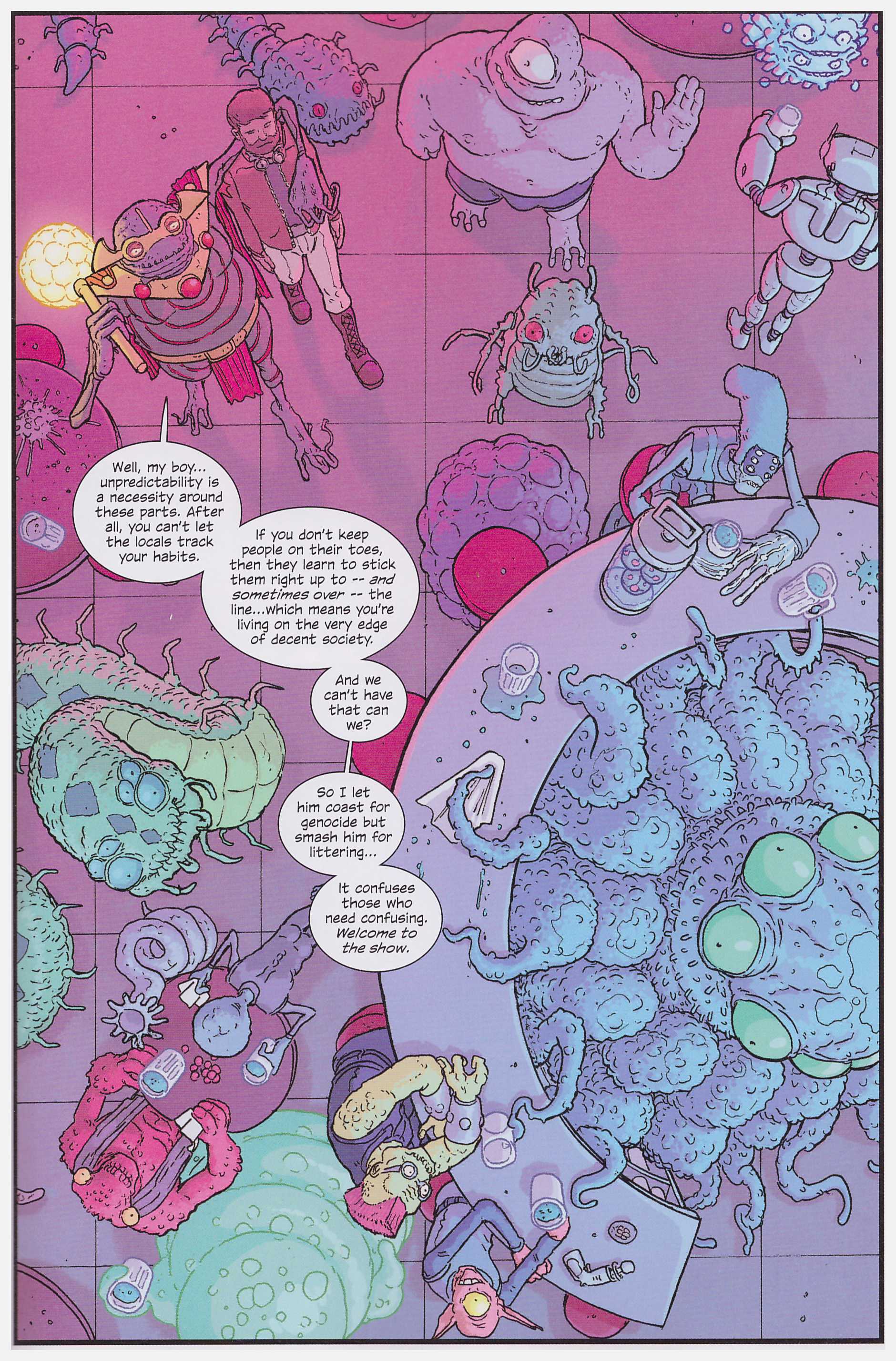 This is odd. Odd is par for the course as far as The Manhattan Projects is concerned, but this is still odd. Very odd. Volume 6 is, well… disappointing.

Jonathan Hickman and Nick Pitarra set up The Manhattan Projects very well indeed, constructing a world enabling them to tell pretty well any story they wanted, although science-fiction has been a consistent backdrop. The first five volumes introduced a rich cast and alternate political scenarios accompanied by some wild leaps of the imagination and a sackful of black humour. Yet everything that’s sustained the series to date is jettisoned in favour of madcap space adventure. As far as madcap space adventure goes, it’s of a high standard, but it lacks the density and richness we’ve come to expect.

In volume 5 the cast of scientists and generals was separated, going their own way individually or in groups. Yuri Gagarin set off into space to locate the missing Laika. We witnessed Laika’s transformation last time round, and Gagarin captured by those operating a large spacecraft, but these were two among many other spinning plates. Here, as far as the regular cast goes, it’s just Laika and Gagarin centre stage.

Accentuating the positive, Pitarra revels in supplying aliens of all types, few humanoid, and the lying robot introduced last time is joined by a capricious judge, and a revolutionary with a bizarre sense of justice. There are some good jokes, and a surprise ending.

Madcap space romps aren’t widespread, but neither are they uncommon. The Manhattan Projects verged on unique until now, and it’s to be hoped this is a momentary indulgence rather than a bold new direction, because as bold new directions go it’s on a par with Spinal Tap’s Jazz Odyssey.