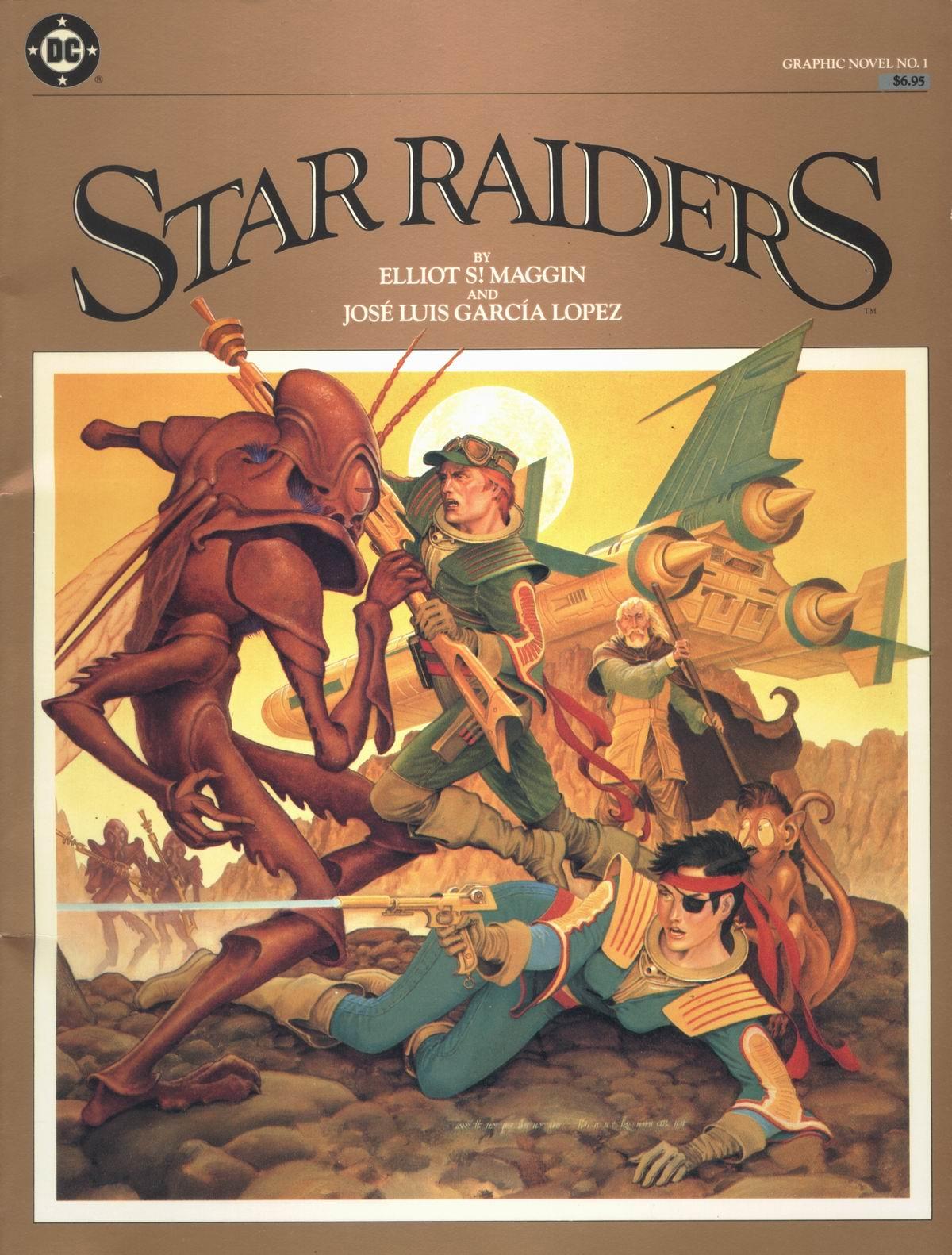 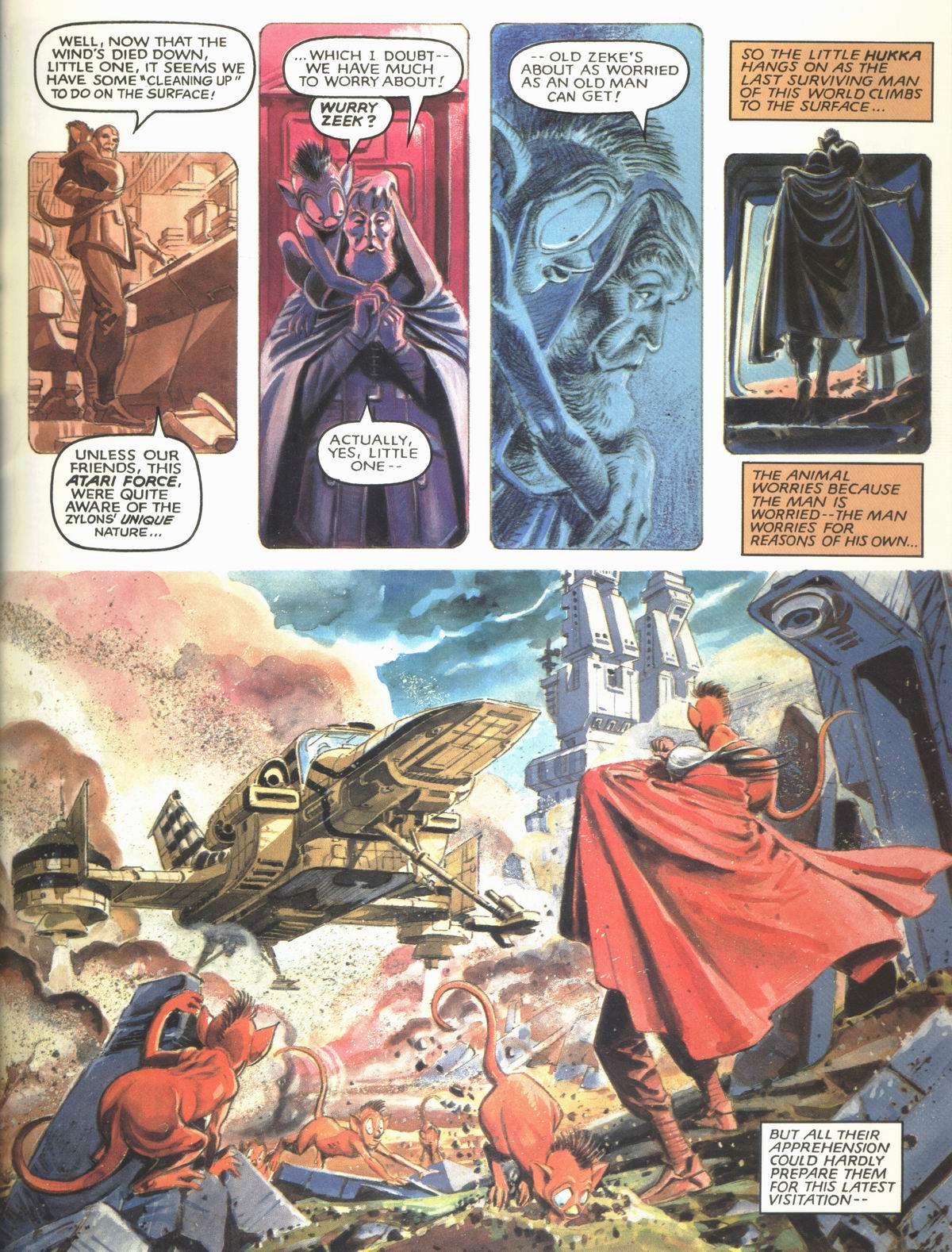 In the 1980s DC launched their line of European style oversize graphic novels with a tie-in to features being marketed by Atari for the then nascent computer games market. Both this and the affiliated Atari Force series featured the elegant art of  José Luis García-López and the larger page size and gloss paper were the best reproduction he received in an era when graphic novels were few.

Elliott S! Maggin’s plot has lead Atari Force characters Tommy, a female space pirate complete with eye patch, and the obnoxious Jed land on an already devastated planet to meet the sole human inhabitant, an elderly gent with white beard and cloak not at all intimidated by their arrival. They’re hunting Zylons, a species who’ve infested the galaxy, taking over planet by planet. Although Jed has fought plenty in space battles, he’s never actually seen one. The elderly gent on the other hand knows all about them. “You see the Zylons are not individuals at all, but part of a massive single intelligence. Whatever one Zylon knows, they ultimately all know.” He also has plans for a fightback, a rebel alliance if you will, aimed at wiping the scourge of the Zylons from the galaxy.

Maggin constructs his plot dipping into the same well as George Lucas, whose Star Wars films were then enjoying their first flush of popularity, but doesn’t have the same lightness of touch. His bantering dialogue comes over as very forced and the plot is largely predictable, rendering this the SF equivalent of the black and white film staple “Gee, why don’t we do the show right here?” There are too many convenient discoveries, and a great reliance on flashbacks.

The greatest pity of this is that García-López’s art is stunning, expanding the mundane plot into page after page of beauty, taking full advantage of the expansive format. He paints the colour over his pencilled art to create a look somewhat reminiscent of the work Don Lawrence produced in the 1960s. Second hand copies are very cheap online, and they’re worth it for the art alone.