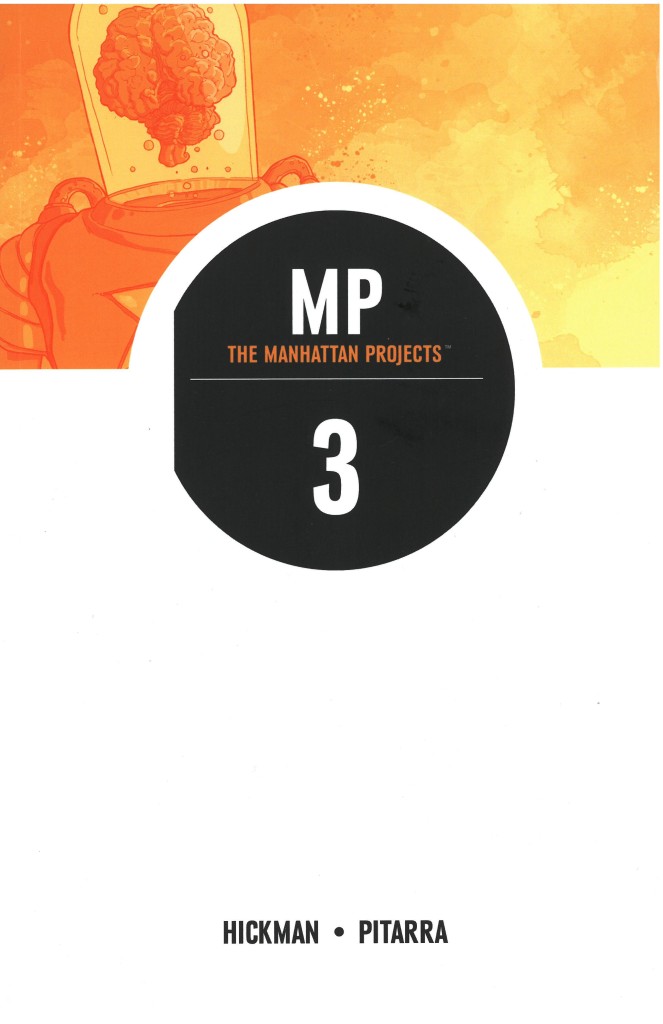 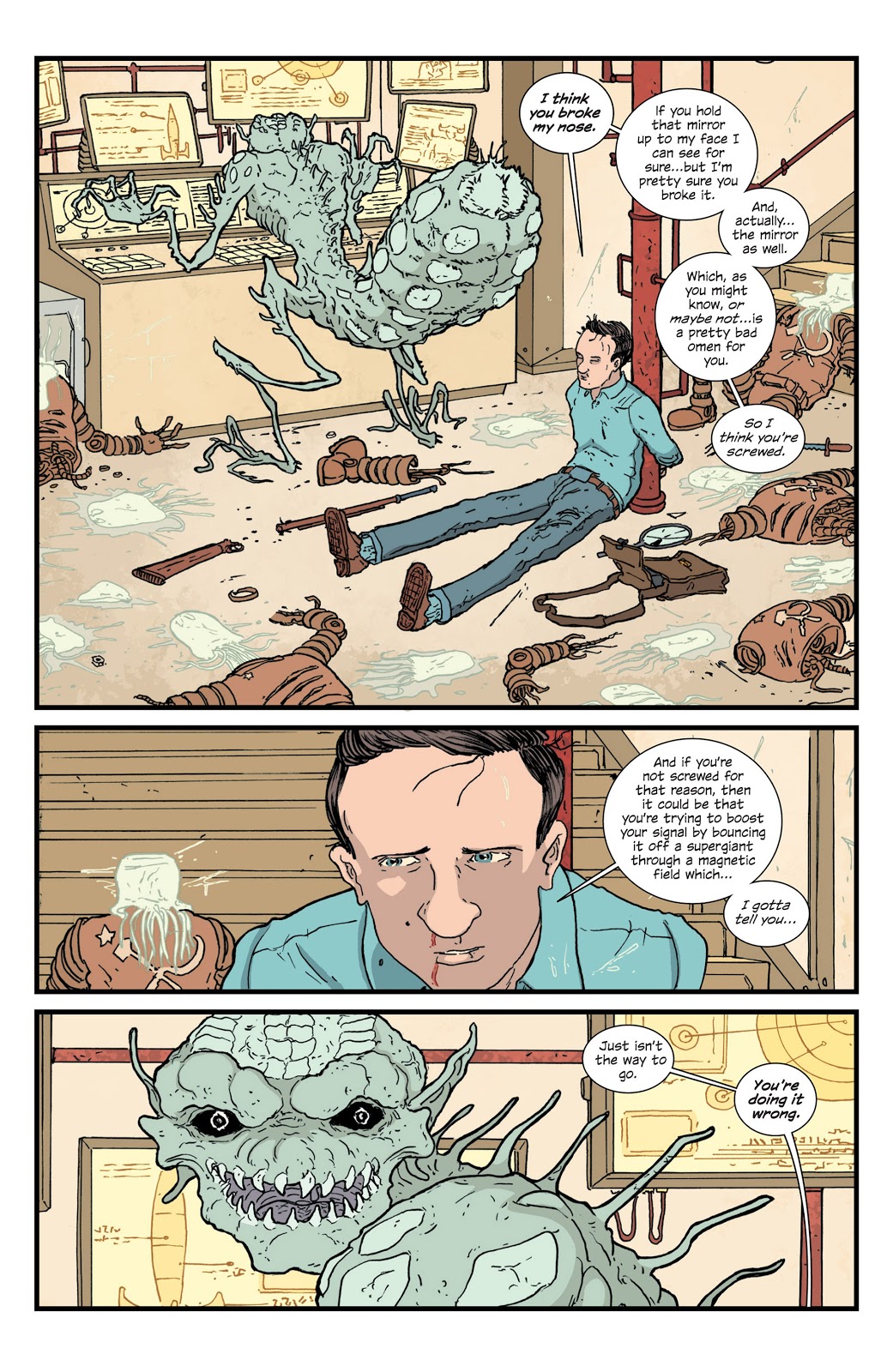 “Science. Bad.” is emblazoned on the back cover and in volume 3 of the Manhattan Projects it is not only bad but starting to get really crazy now too. That is if you accept that the story contained in the first two volumes was quite sane…

We’re viewing an alternate reality that has now moved into the early sixties with a group of eminent scientists in the USA and communist Russia collaborating to push science in all sorts of experimental and far-fetched directions. The cast list includes Joseph Oppenheimer the mad super genius brother of Robert, who has in fact eaten Robert and masquerades as his brother, Einstein, Fermi, Feynman, Daghlian, Von Braun and Ustinov. Not Peter Ustinov, that would be just plain silly. As it is, many of the characters are not who the reader initially takes them for. Fermi, it transpires, turns out to be an alien drone who has assumed Fermi’s personality with the aim of keeping a watchful eye on the developments and halt them when they become dangerous to his species. Unsurprisingly it doesn’t end well for him. It. Whatever.

In this volume, Oppenheimer directs the scientists to work on three projects designed to develop unlimited energy, perfect humanity and colonise the stars. All these projects start to bear fruit, but are ultimately to be controlled by a fourth secret project that involves Oppenheimer taking control. He does this by betraying his scientist colleagues to a cocaine-snorting President Kennedy in his lingerie-strewn Oval Office. Oppenheimer also battles his brother within his brain for control and Robert can only triumph by descending to some of the less savoury tactics employed by his mad brother and host Joseph. Keeping up?

The humour is more noticeable here, and works very well in highlighting the madness contained within the plot. Laika, the talking Russian Space Dog is sent into space on a project of exploration leaving Yuri Gagarin disconsolate, missing his cosmonaut colleague and considering the replacing of Laika with a goldfish. It might happen. The secret of Yuri’s real stature whilst not being a crucial part of the story is wittily handled. And speaking of hands, Von Braun shows his gratitude for small mercies in that being right-handed he can work on his robot prostheses in a section that deftly marries the humour and horror that runs throughout.

Nick Pittara’s art reflects and serves the story beautifully, and he accentuates the horror with his depictions of the more gruesome elements.  The characters are shown as being both terrifying in their madness and sometimes  banal in their everyday appearance; although everyday is almost exactly the wrong adjective to use about any part of the series. Einstein’s wielding of a chainsaw is an image that will linger long in the memory.

Manhattan Projects maintains its disquieting tone, and the breadth of imagination that sets this apart and makes it very much recommended.