The Magic of Aria 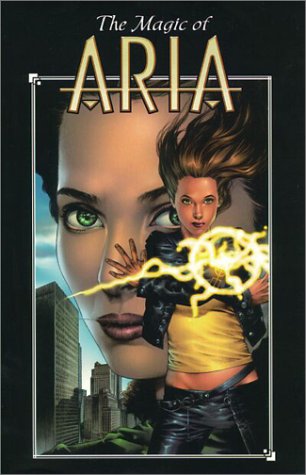 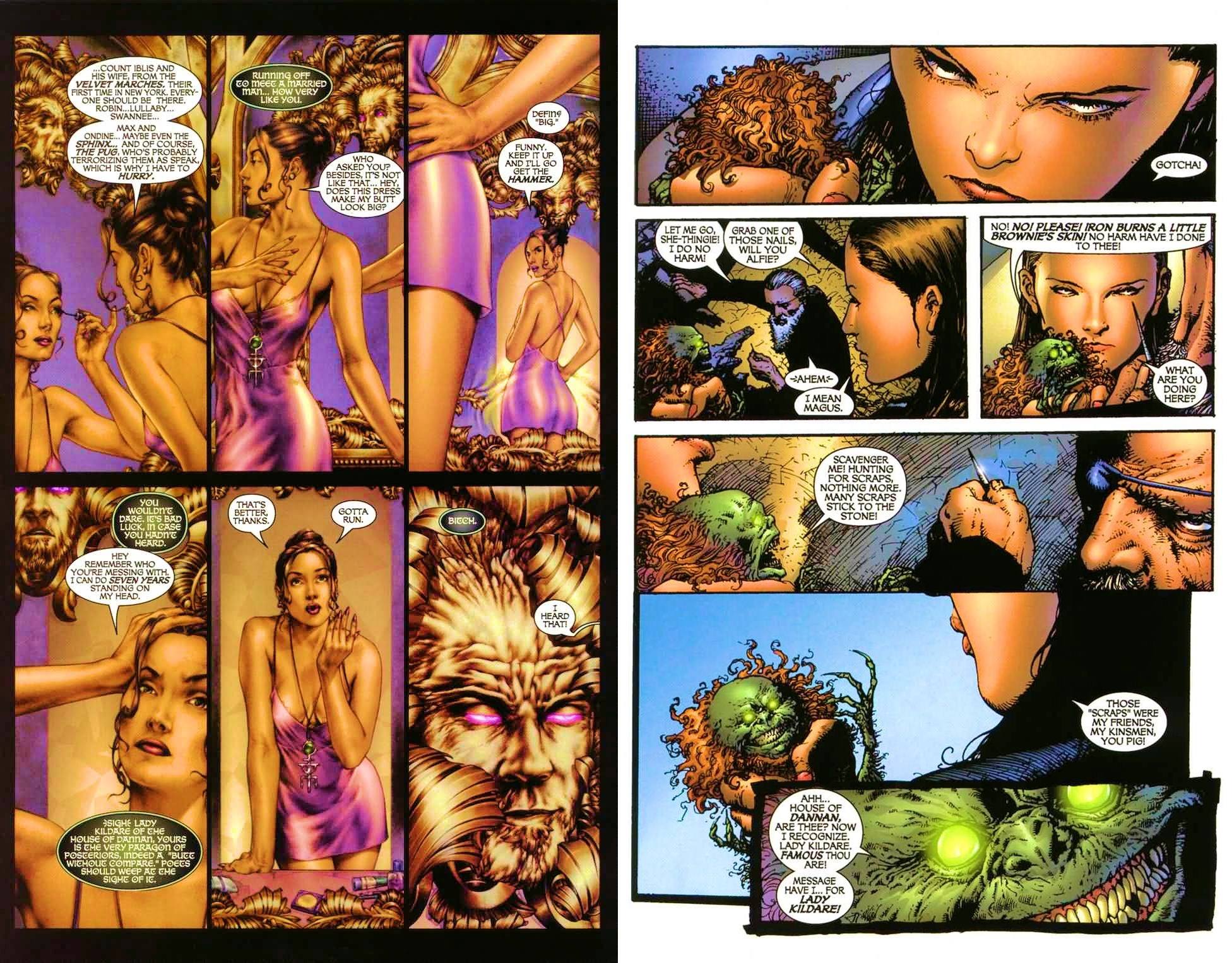 Lady Kildare is a faerie princess who lives in New York, a place she finds more fascinating than her own magical realm, as do assorted other mystical beings from different pantheons. In the opening chapter we see her whiling her days like a social dilettante, playing at running a magic shop and drinking the night away with her peers. It’s never quite certain whether she’s supposed to be smug and unlikeable, or whether writer Brian Holguin considers he’s presenting someone alluring and with mystique.

Mystique is difficult to pull off with breasts hanging out of a dress, which is how Jay Anacleto draws her a fair amount of the time, although she’s not the only one. His art aims for figurative realism, given depth by the painted colour applied by any one of several people credited over four chapters, but his people are ill-formed, often strangely twisted and with no sense of movement to them. Occasionally Anacleto provides something that would make a really nice individual composition, such as Kildare entering her secret room with its large fish tank, but otherwise overcrowding the panels is the order of the day. This isn’t helped by Holguin’s over-writing, requiring already packed panels to accommodate unnecessary caption boxes. Another bad writing habit is the purloined reference. Incorporating a bit of Oscar Wilde doesn’t make you Oscar Wilde, while the overall mood aims at a slightly raunchier version of Neil Gaiman’s playful iconoclasm when it comes to ancient myths and legends.

It’s quite the relief when Kildare and company take a trip back to Britain illustrated by Roy A. Martinez. He’s been looking at Richard Corben’s work, but brings his own vision. That’s not entirely free of exploitative images either.

After a lengthy rollout of threats, casualties and portentous messages, there’s a real rush to an ending where the hilariously pompous villain is dealt with in short order. Holguin’s put the effort into constructing a world that will flourish later, but The Magic of Aria is a rare graphic novel where the bonus content is the standout. A text story accompanied by illustrations plays to Anacelto’s strengths, and Holguin’s better when relating Kildare’s halloween tale. Aria continues with The Soul Market, which is an improvement.