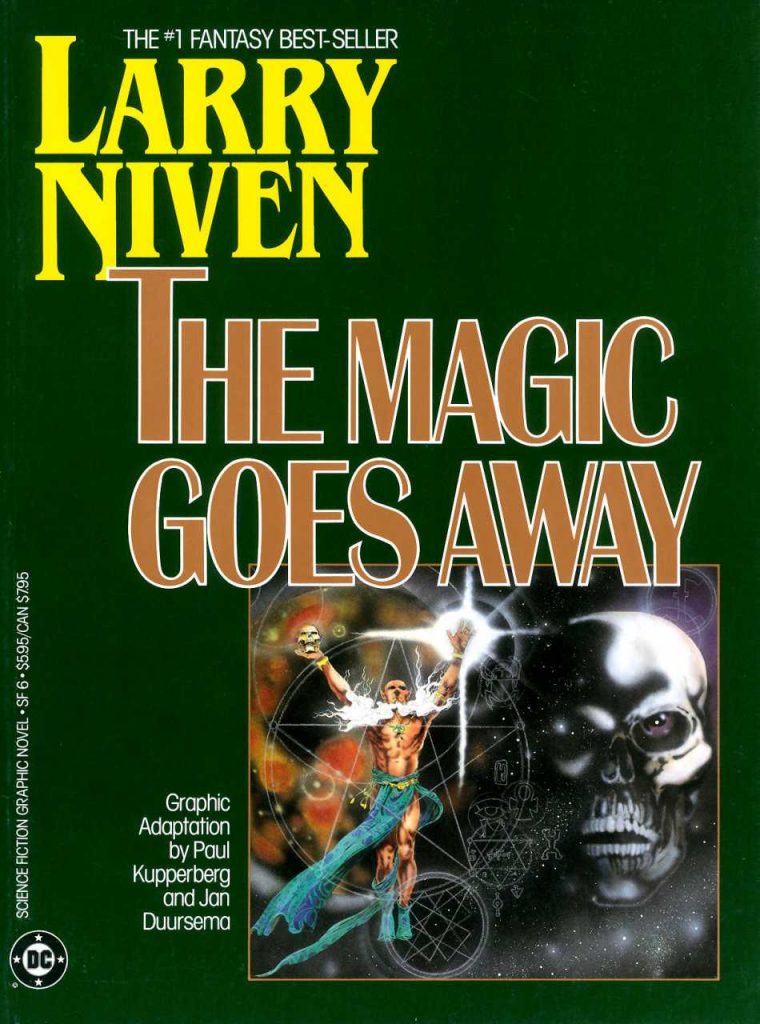 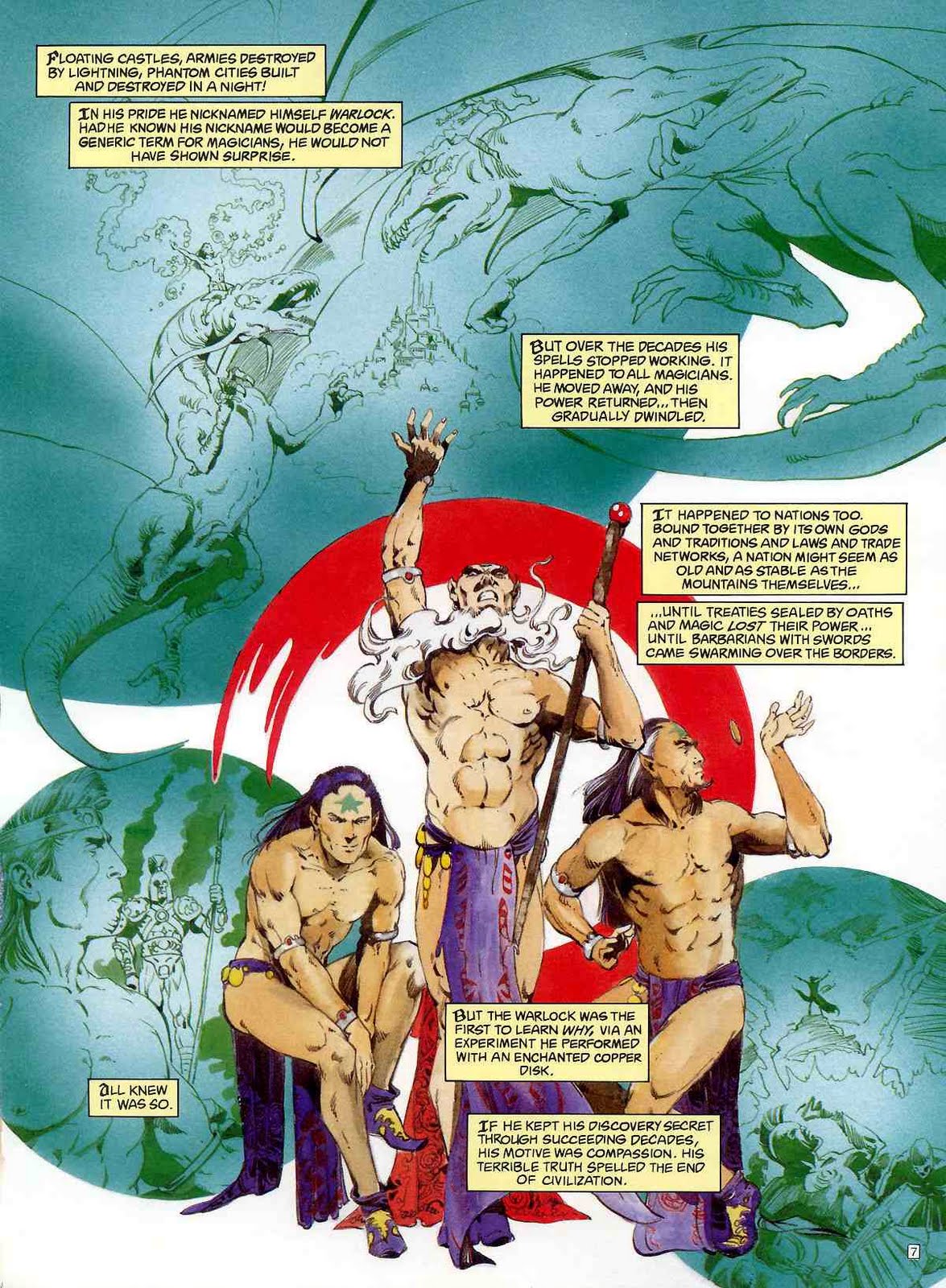 This adapts the groundbreaking short story by Larry Niven, released in 1976 during the first energy/oil crisis and met with almost universal acclaim. Quickly expanded into a novella, the Magic Goes Away is a powerful allegory of conservation and sensible management of resources. The settings and universe were subsequently used for other stories including The Burning City and The Burning Tower (co-written with Jerry Pournelle) and others.

Of all DC’s 1980s experimental comic adaptations of science fiction classics, this is the most comfortingly traditional, courtesy of the inexplicably underrated Paul Kupperberg and Jan Duursema, with delightful lettering and calligraphic effects from Todd Klein.

Long ago when the world literally ran on magic, a long-lived warlock noticed that every so often his powers would diminish until he relocated to another part of the world. Warlock built a simple device and used it to prove that Mana, the spark of magic, was a finite thing and could be used up. This coincides with a warrior washing up in a sea-side village, clear he had survived some appalling catastrophe and desperate to find a magician – any magician. At this time Warlock and Clubfoot, once among the mightiest magicians on Earth, were wandering, assessing the state of a world rapidly running out of wonders, and increasingly aware that humanity was adapting to a life without them. Their conclusion is that Earth’s Mana might be exhausted, but the moon’s must be untouched. All they needed was enough power to get to it. With the world more mundane every moment these stalwarts joined other magicians – untrustworthy souls all – in a last ditch attempt to bring back their dying lifestyle.

The tale is a delightfully logical and rational exploration and celebration of fantasy that acknowledges all the rich wealth of the genre whilst applying some hard-edged rules to it. Kupperberg and Duursema walk a dangerous tightrope, but joyously capture the marvels of the milieu, whilst depicting the raw tension, and cynicism of a world on the edge of the ultimate systems-crash. Beautiful and terrifying this is an adaptation and allegory that every consumer (of fantasy or indeed anything) should read.