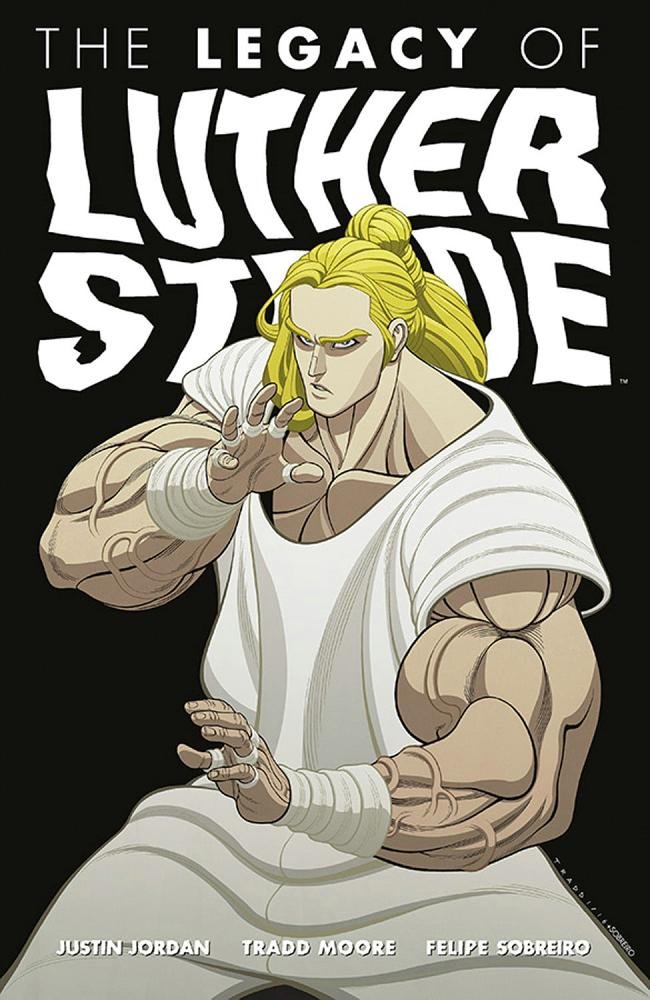 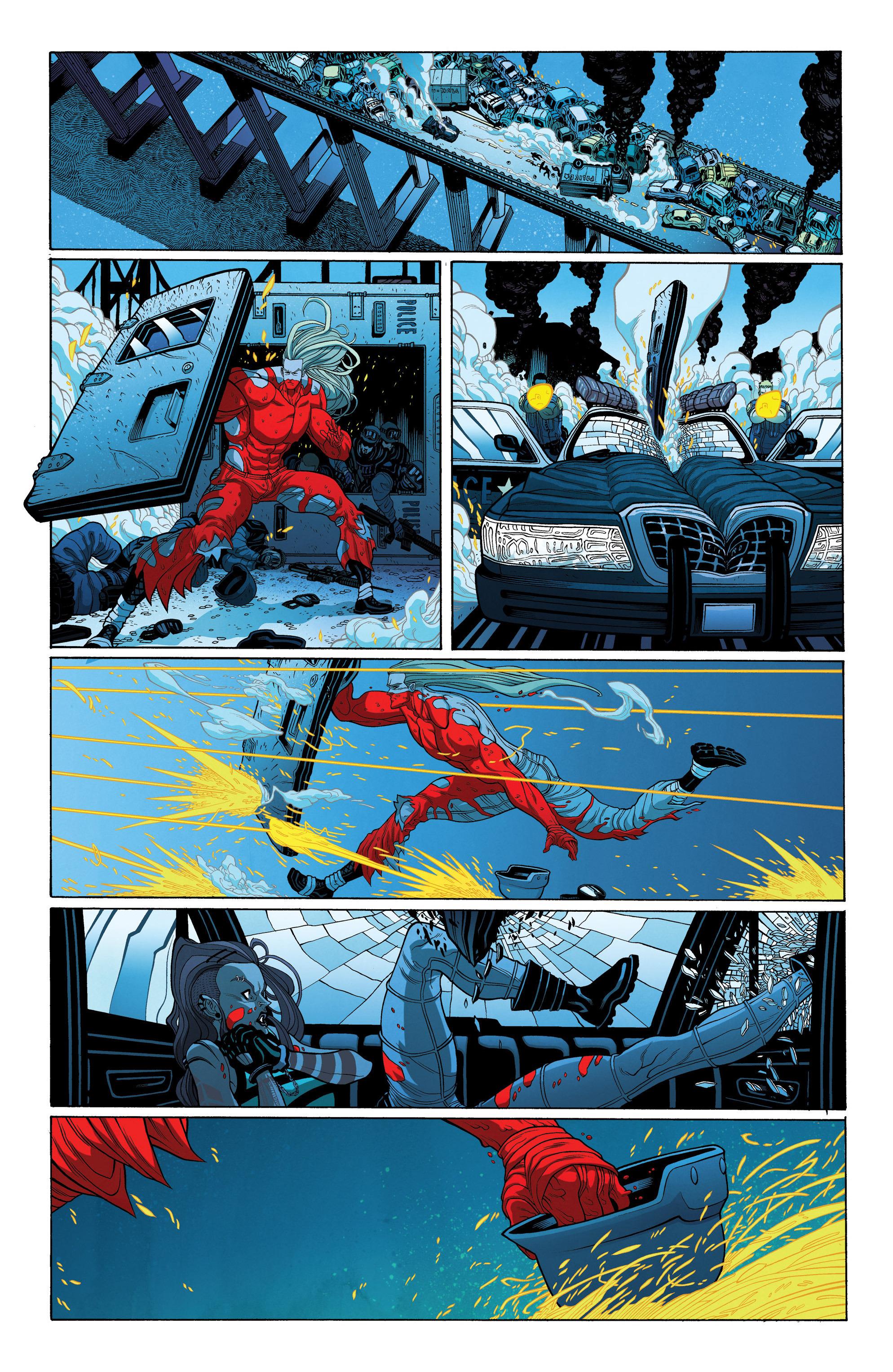 The Luther Strode trilogy is a very strange experience. The Strange Talent of was strictly amateur hour, enthusiasm failing to compensate for lack of talent. The Legend of took a strange swerve into Hong Kong action movie territory, and we begin here with biblical allegory.

Luther Strode was a high school kid who buffed up via mysterious circumstances into someone able to survive a massacre in which almost everyone else died. He’s not been seen since escaping police custody after that massacre five years previously. Just how far Luther’s developed in that period is displayed in a frenetic sequence where the lead cast play in traffic.

Tradd Moore’s art was a major hindrance to the opening portion of the trilogy, but there are words to be eaten. The talent that lurked beneath the excess of lines has blossomed and the distorted figurework is now incorporated into a cohesive style. His layouts, always the most original aspect of his art, have become ever more imaginative, featuring exceptionally balletic and gymnastic action sequences. The only problem is that many viewing that grotesquely musclebound cover illustration in isolation wouldn’t bother looking any further. Felipe Sobreiro’s colouring plays a large part in the artistic wonder. It’s flat, bright and occasionally daring, such as the predominantly white second chapter.

Justin Jordan’s plot has Luther travelling the world, now spreading a message of peace, yet somehow always involved in fight sequences. Each chapter until the final follows this template, but these are suitably epic confrontations still very much influenced by the exaggerations of Hong Kong action movies. Jordan aims at the philosophical, but he can’t quite dress up the narrative as anything new. It doesn’t matter, because his adopted themes are universal, the escalation well conceived and the action well choreographed. There’s also an explanation, or sorts, of how Luther became the man he now is amid a plot of deceit and deception.

Petra, the persistent motormouth doesn’t appear to have matured at all during the timespan the series as a whole covers, and she’s plain irritating rather than the comedy relief intended, but that apart the progress has been tremendous over three books.

Luther Strode isn’t going to be for everyone, but by this finale it’s developed into a fun action series with a thoughtful underpinning, and surely no-one with any critical faculties saw that coming. The entire series is available in hardcover as Luther Strode: The Complete Series.