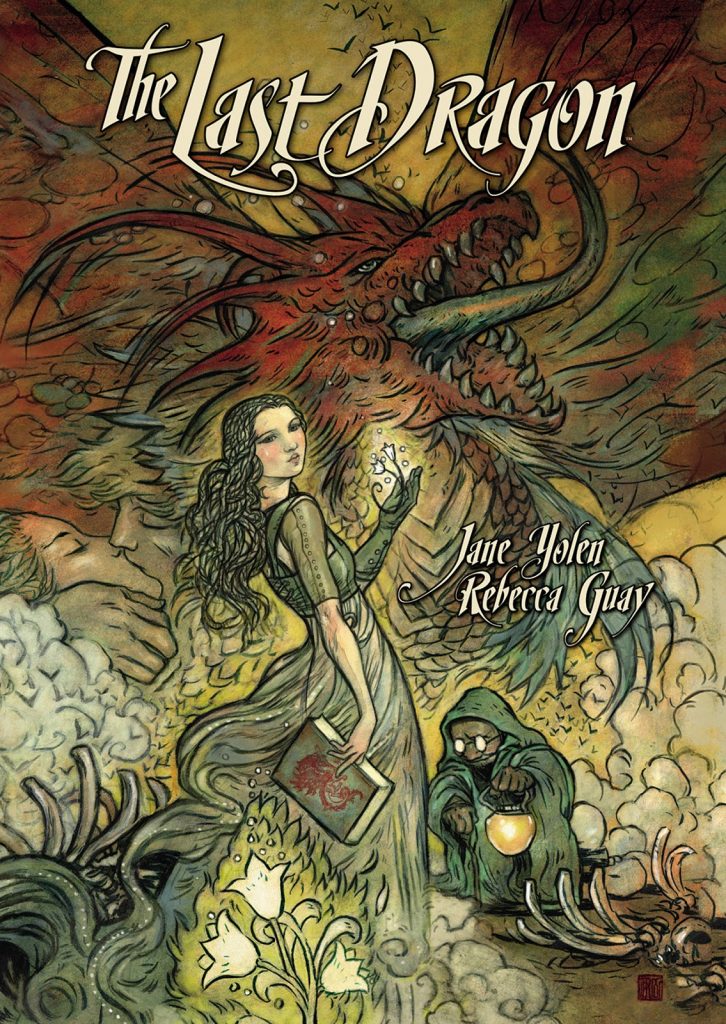 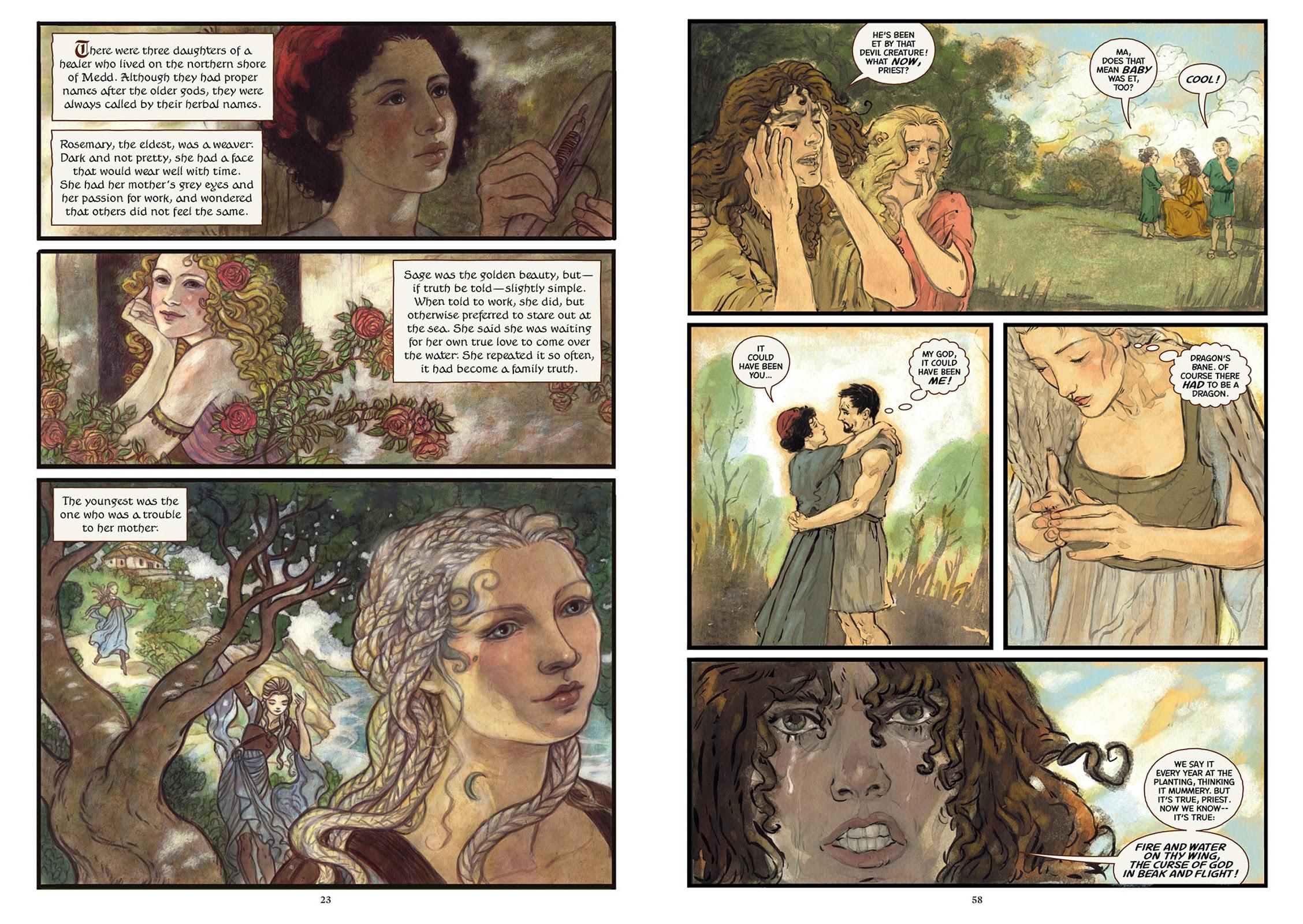 There was a time when dragons preyed on humanity, but people eventually learned how to trap a dragon and wiped them all out. Or so they believed. Two hundred years later a dragon egg lodged between tree roots finally hatches.

At the start, the feeling of a children’s storybook is deliberately cultivated by author Jane Yolen and artist Rebecca Guay, yet despite Yolen’s track record in children’s books when she wrote The Last Dragon, it’s pitched at an older audience. Yolen explains much through captions, accompanied by Guay’s bright and evocative illustration, nearly every panel a stained glass window. Guay’s speciality is the beauty of nature, be that landscapes or wildlife, and her talent devises a rich world and a fearsome red dragon. She’s not as good with people, who’re loose and sketchy, some almost ghosts before their time, the exception being when a portrait is necessary. Guay supplies these with all the beauty of her creatures. Unfortunately, the story requires more village scenes than the great outdoors, and the dragon appearances are rationed, so it doesn’t play to Guay’s strengths as often as it might.

Although she spends a fair amount of time off stage, the protagonist is Tansy, one of three sisters, an intuitive healer and curious teenager in a community where people and animals begin to disappear. She’s unaware that she’s already had one near miss, but among the first to consider that the dragons have actually returned. What’s needed is a dragon slayer.

This is where the plot begins to run away from Yolen. Both Tansy and the dragon are unseen for twenty pages as a bunch of new characters are introduced, one of whom eventually has a role to play. It does coalesce into a clever solution, but one that takes far too long to play out, and in areas that don’t make the best use of Guay’s talents. Also by this point Yolen has completely changed her style of storytelling. The captions so prevalent over the first half of the book have been dropped for a straight comic format, leaving both creators handicapped. Rachel Edidin is credited as editor, and there should have been greater intervention on her part to bring out the best from both creators and the story. The Last Dragon reads as if it’s a first draft, when a tighter plot that used Guay better might have been something memorable. That a second edition was issued in 2016 indicates plenty of readers found it memorable anyway.