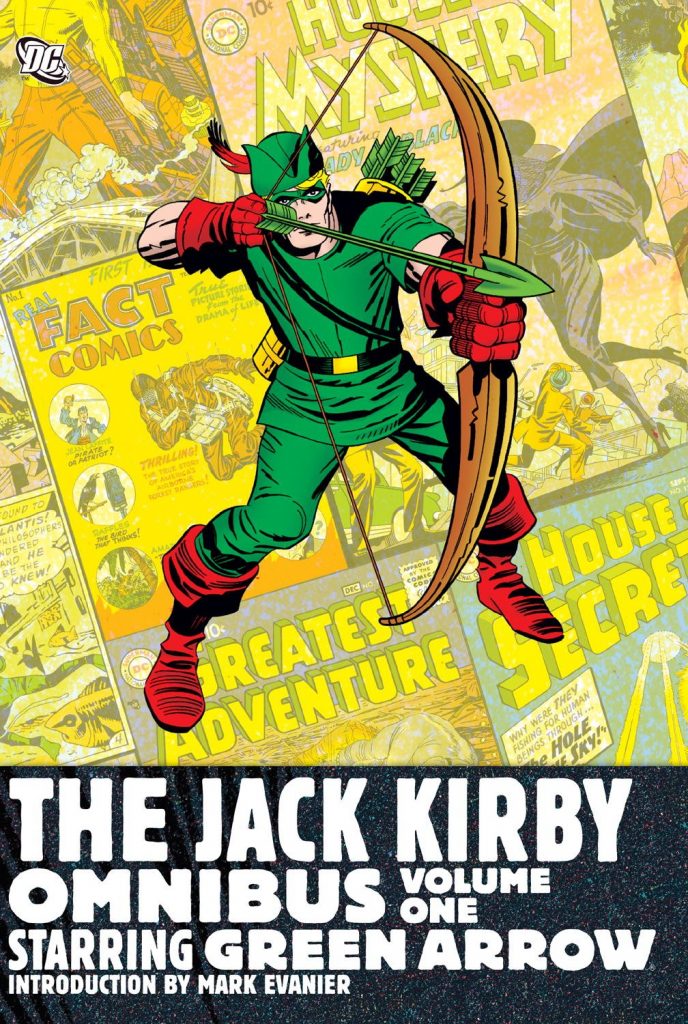 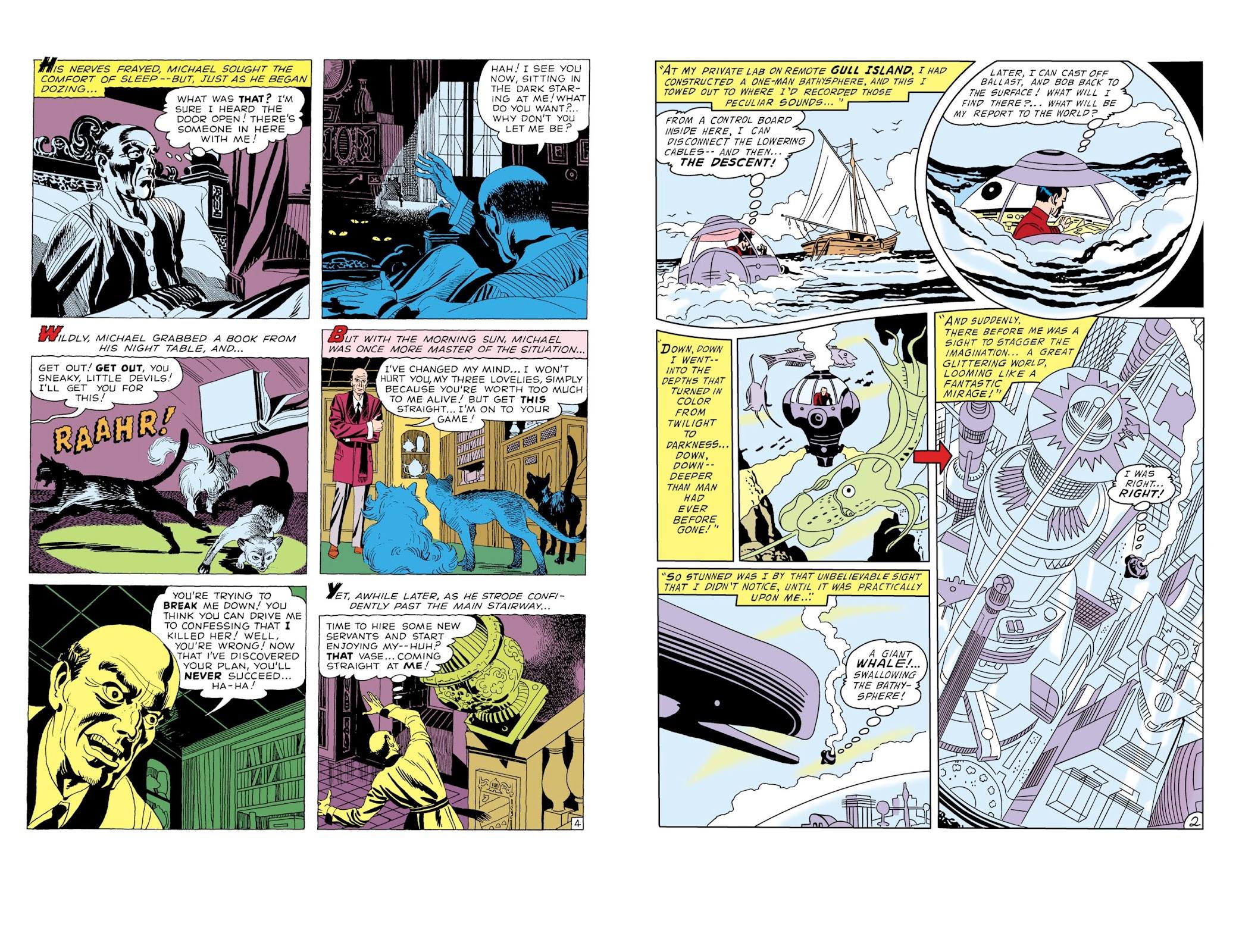 For almost forty years Jack Kirby was surely the hardest working, and most prolific artist in comics, turning his attention to all genres long before he revolutionised superheroes from the 1960s. They remain his most popular creations, which is why DC allocate Green Arrow such prominence despite Kirby only working on the feature rather than conceiving it.

He was called on to add some pep to the then floundering character in the late 1950s, at first emphasising the science fiction elements, before editorial instructions demanded a return to the preposterous selection of trick arrows. The art is professional enough, but it’s also clear Kirby didn’t have a lot invested in the character, and didn’t seem inspired by the plots supplied by Robert Bernstein, Bill Finger, Ed Herron and Dave Wood. DC issued a paperback collection titled The Green Arrow if only these stories are of interest.

Far better, though, and until this Omnibus very difficult to find, are the 45 stories Kirby produced for DC’s science-fiction and mystery anthologies in the 1950s, which occupy just under two-thirds of the page count. In an era where superheroes have dominated comics for fifty years, largely due to Kirby’s imagination, it’s hard to conceive that comic readers once prized short story anthologies above all else. Kirby’s work on these is sourced from what in the 1950s were beguiling titles like House of Secrets, My Greatest Adventure and Tales of the Unexpected, although the collection opens with his three 1940s contributions to Real Fact Comics before leaping forward to 1957.

Unfortunately the writers are largely unknown, only Ed Herron’s credit for a couple of mysteries and a western surviving, but Kirby’s art is strong throughout, his shading turned up for the mysteries, and the SF bright and open. Some stories are plain daft, such as aliens kidnapping humans being fooled by a showroom dummy with a few sticks of dynamite attached, but many are genuinely inventive, or have a great mood about them. Part of this is because Kirby draws ordinary people so well. Film and TV equivalents would have someone glamorous in the lead role, but Kirby’s people are lived in, or ordinary, and his was the template for the sinister crooked type with heavy shadows under their eyes. His designs are also amazing. Look at the work put into the establishing shot of an undersea city on the sample art. That some story features great statues as well.

Because the storytelling methods are dated, there’s a tendency to undervalue DC’s 1950s anthology output, but appreciating them for the plots and Kirby’s art alone reveals gems. ‘I Died a Thousand Times’ is a conceptual masterpiece, about mad killers creating scale models of expeditions and somehow generating disasters on the models that subsequently kill people on site. The adventuring and real world locations of many runs parallel to the stories produced at the same time for Challengers of the Unknown, so it’s not difficult to speculate Kirby also plotted these. ‘The Magic Hammer’ provides a nod to later glories, the hammer drawn exactly as the one Kirby would draw for Thor three years later, and Thor even turns up.

Forget about the Green Arrow stories, and exult in the energy and creativity of the shorts. Vol. 2 mops up the one-shots and shorter runs from Kirby’s 1970s return to DC. 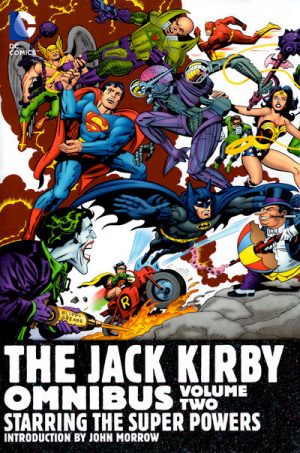