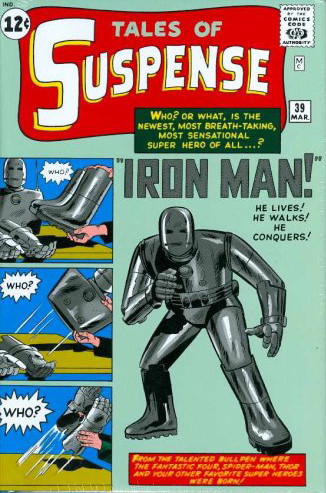 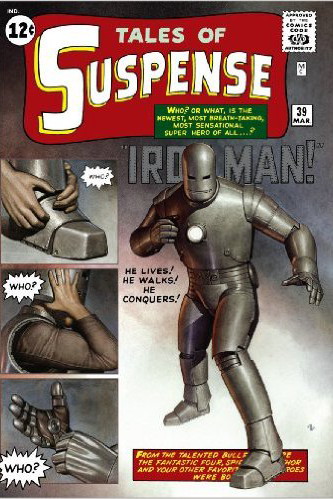 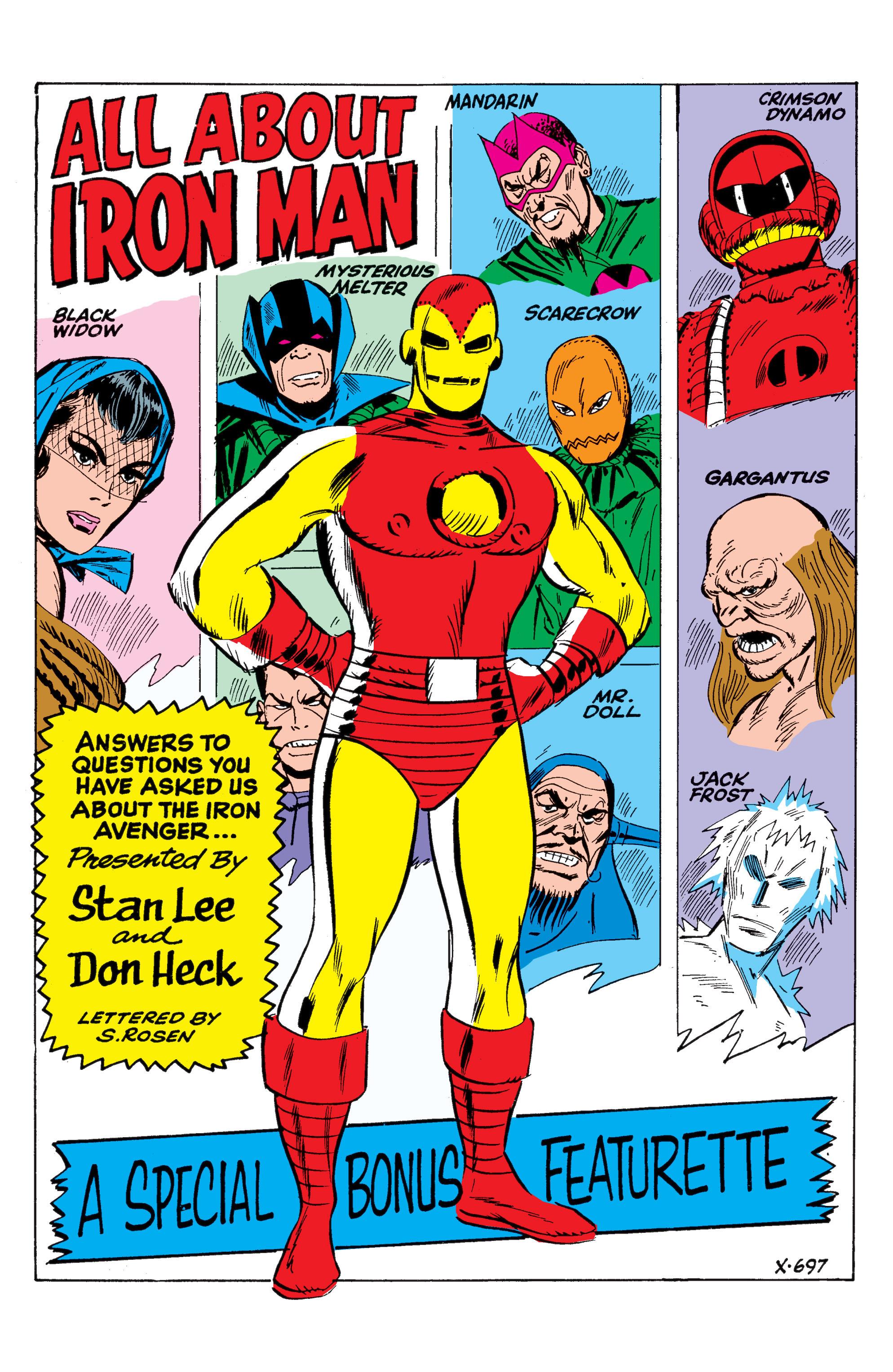 Now out of print with exceptionally high prices being asked for this bulky collection of Iron Man’s earliest appearance, the obvious question is “why?” With the best will in the world the earliest Iron Man tales haven’t matured into a quality read. They’re frequently poorly illustrated, and only slightly less frequently poorly written.

Don Heck pencils the bulk of the stories collected here, originally printed between 1963 and 1966. It’s presumably Heck who designed Iron Man’s original cumbersome suit. In story, it’s believable as the creation of a man with extremely limited resources to hand when captured in Vietnam with a piece of shrapnel edging toward his heart. That back in the USA genius weapons manufacturer and stylish man about town Tony Stark considered a yellow respray all that was required doesn’t cut the mustard. That Heck learned his trade illustrating romance comics is evident in the lovingly detailed sequences of Stark out of costume with his supporting cast. The figures are a little stiff, but Heck provides lovely faces. Put Stark in his armour, though, and Heck loses all finesse.

The barely baseline quality isn’t just down to him, though. Stan Lee’s origin plot is serviceable, but then Lee has no idea what to do with the character, and farms out the early scripts to all and sundry. The villains Iron Man faces are risible. Just take a look at that sample illustration. When Lee does find a direction, the theme of successful capitalism generating envy and resentment among the communists, he hammers it home with all the subtlety of the Hulk smashing. We do have to be thankful for this idea providing the Black Widow and Hawkeye, latterly movie stars, but before that longstanding supporting characters around the Marvel universe.

Read in bulk, the melodramatic soap opera aspects have a repetitive quality. Glum chauffeur Happy Hogan loves alluring secretary Pepper Potts, but she can’t see past the superficial charm of handsome millionaire inventor Tony Stark. Stark conceals his love due to the problem of shrapnel still embedded in his heart, and attempts to set her up with Hogan, but these good intentions always fail. Oh, the pathos! Despite Stark resembling the matinee idols of the 1930s, the one aspect of the stories that consistently succeeds is the debonair millionaire’s social whirl in a glamorous environment, the scenes Heck enjoys drawing.

Towards the end of the book there’s a three part story that encapsulates all that is this 1960s Iron Man and his world. By then Steve Ditko has redesigned the Iron Man armour, supplying the familiar gold and red version, and Lee pits him against the Russian Titanium Man, a veritable brute in larger armour. Stark is almost undone by a jealous woman, egged on by the scorn of the series’ J. Jonah Jameson figure Senator Byrd, and there’s the full complement of soap opera antics from Potts and Hogan. There’s the good, bad and ugly of Heck’s art and Lee pushing the melodrama pedal to the max. You don’t need any other Iron Man story from the era.