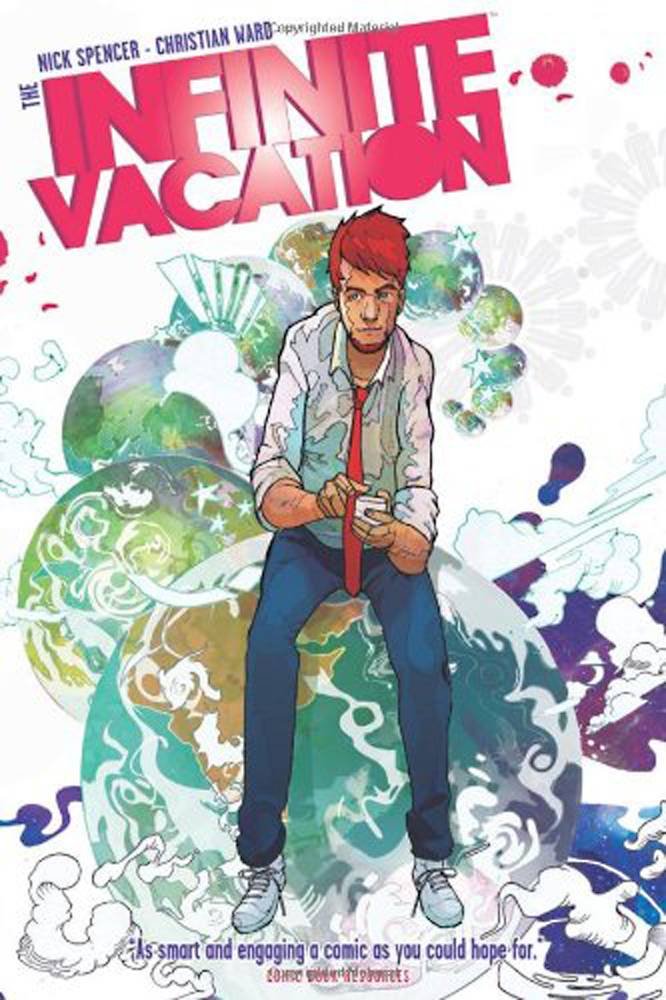 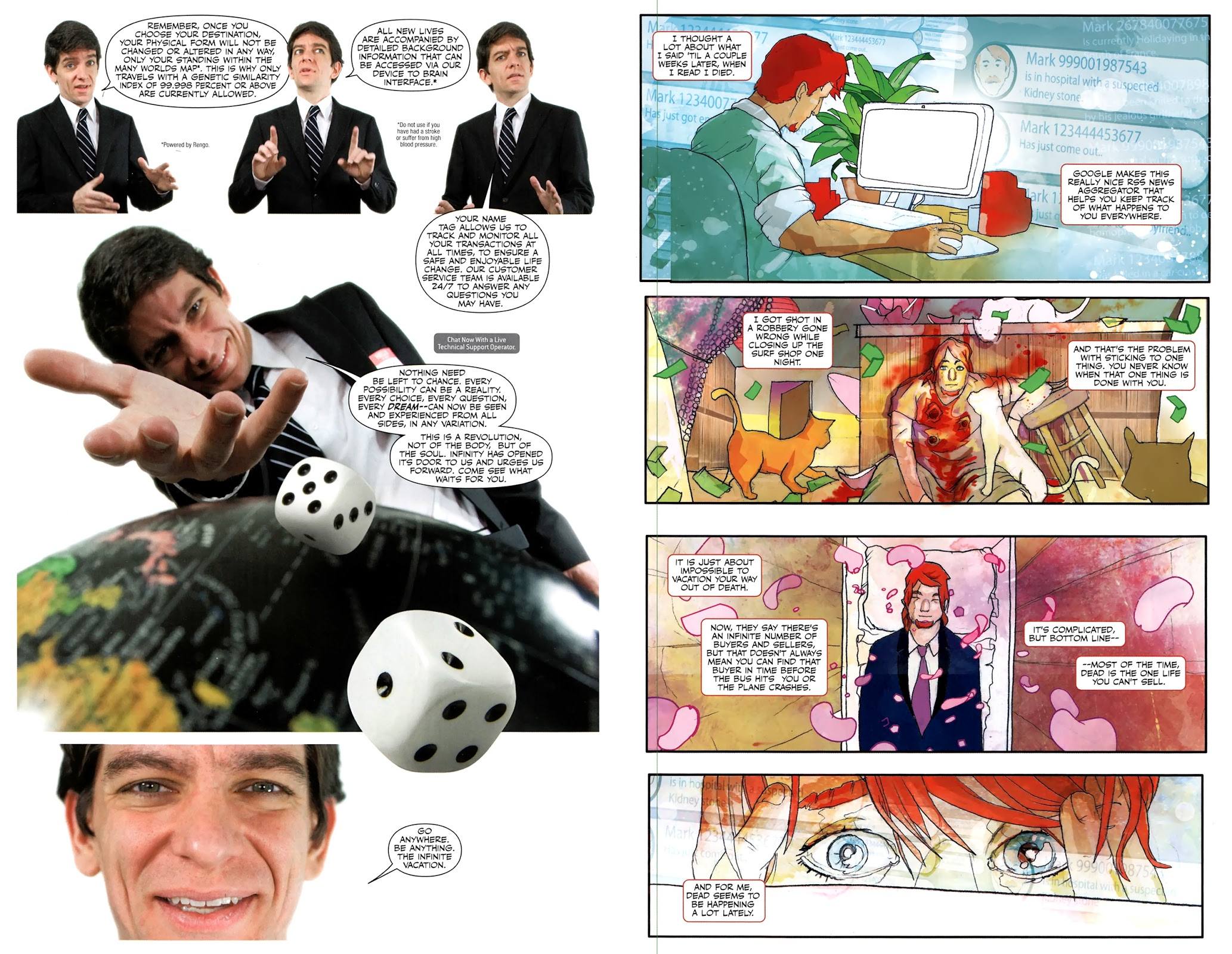 Nick Spencer and Christian Ward deliver a high concept with The Infinite Vacation, a step not too far into the future where technology makes it possible for anyone to visit alternate lives. This is more than an online avatar, this is honest to goodness transportation to an alternate universe where you might have taken that mate’s advice and dropped out of college to run a surf shop. In all the alternate worlds he’s visited, that version of himself is the most contented Mark has ever come across. That is until he dies. It turns out a fair number of alternate Marks have been dying, but until confronted with the evidence, he’d never considered it a pattern, much less that he could be the actual target.

Spencer and Ward plot together, Spencer writes the script, and Ward produces the art. He’s imaginative, and ensures The Infinite Vacation has a distinct visual identity as well as a grabbing plot. Mark is designed with bright red hair, and he’s settled into a vivid watercolour world, with the page designs Ward supplies very satisfyingly conveying the disorientation of a quantum universe. The story is occasionally interrupted by photo collage advertising or a TV interview.

Both a satire on how easy it is to become hooked into the unreality of online life and an exhortation to explore the real world, Spencer and Ward define their society intelligently, down to the ridiculed minority who refuse to access the life-sharing technology. However, once all that’s in place, the art continues to be jaw-dropping, but the plot descends into a far more ordinary idiot trying to save the world scenario that can’t be disguised no matter how good Ward is. What drags us through is wondering why Mark is a target, and at the end of the day the answer to that isn’t very satisfying, almost supplied as an irrelevant afterthought.

While the phenomenal art certainly justifies the packaging, it’s odd that The Infinite Vacation has only been issued in hardcover. Perhaps that’s been rectified in an alternate universe.