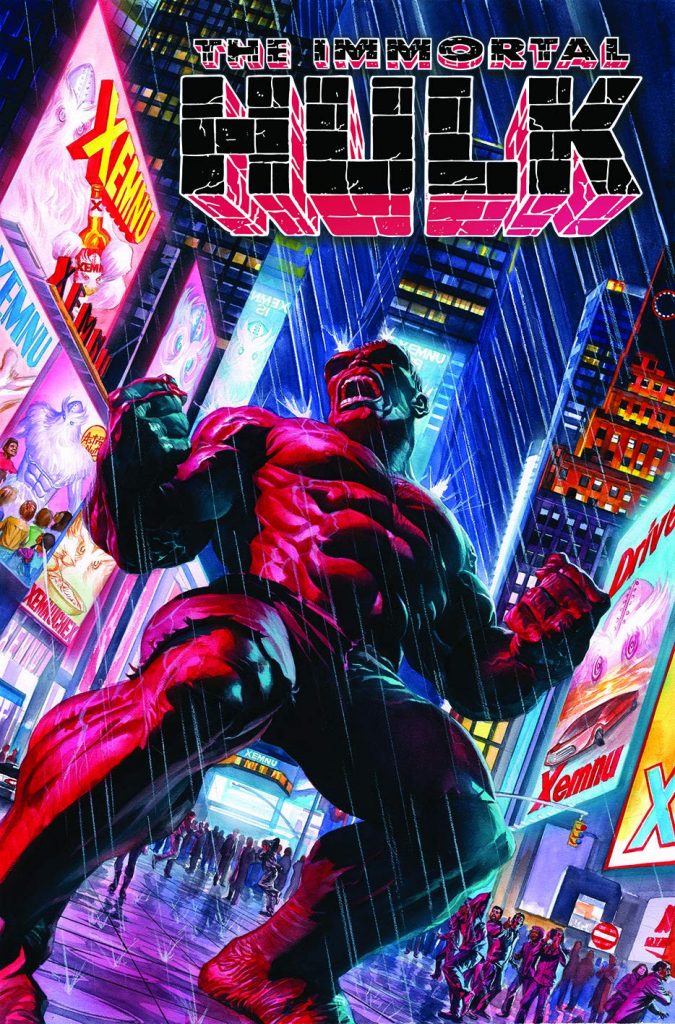 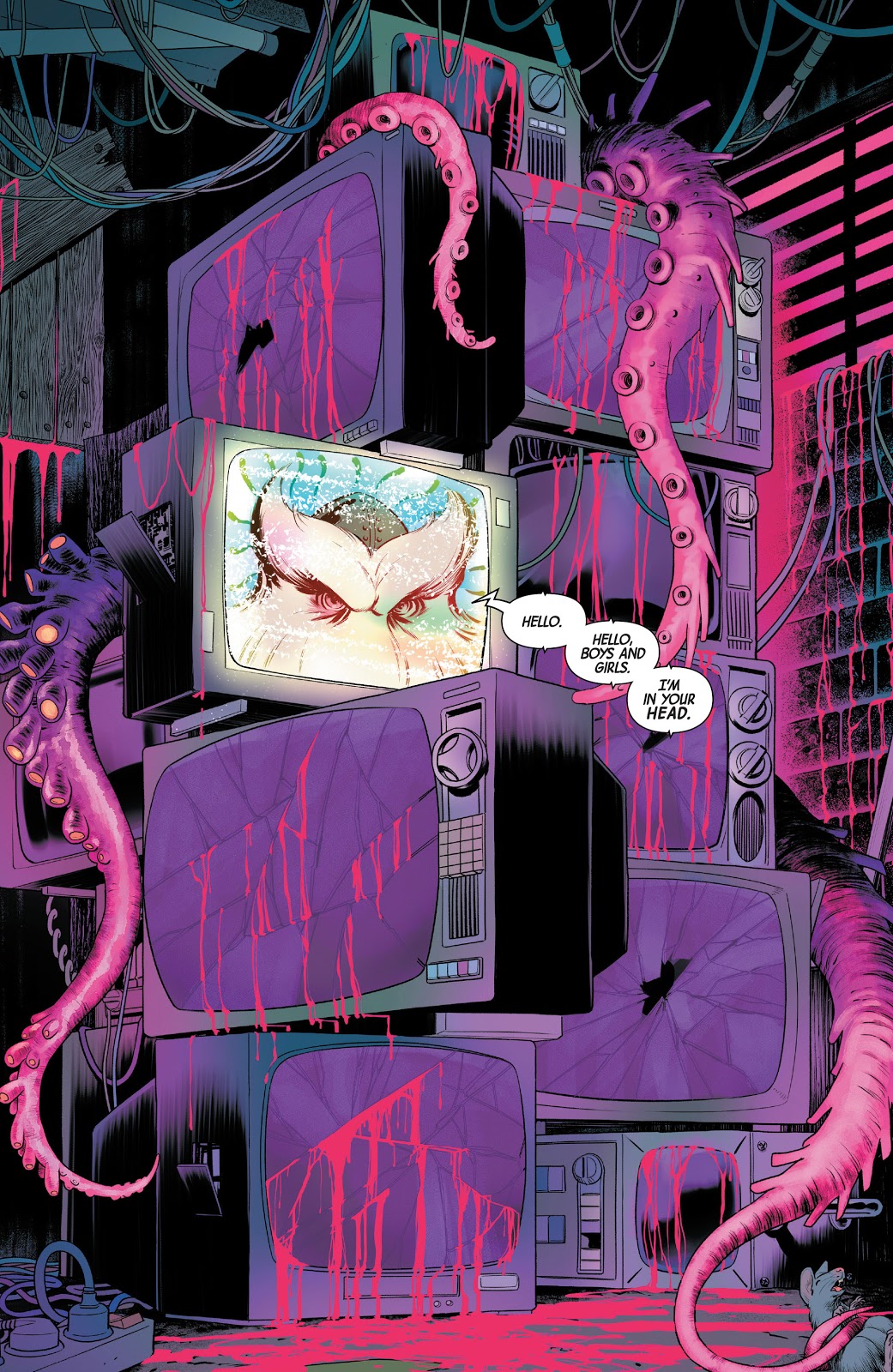 Very little differentiates this collection from Immortal Hulk Volume 4. Only two inclusions in fact. In the first Al Ewing presents some truths about Brian Banner, father to Bruce, wrapped around two reprints of earlier works. The first begins with a look at Bruce from birth to the infamous gamma bomb transformation as revealed by Bill Mantlo with art you’d not recognise as being by Mike Mignola, and allowing for the passing of time it stands up well. Peter David and Adam Kubert do even better updating aspects and adding to it for the 1990s in an inventive way.

A notable absentee from Ewing’s tour of gamma-irradiated people so far has been She-Hulk, and she stars in a more introspective story from Ewing, talking about her experience of death with Wolverine and Thor. It’s nicely drawn by Jon Davis-Hunt, and feeds into the main story from the book’s latter half.

As for the remainder, Immortal Hulk Omnibus Vol. 2 set the bar so high it might be thought there was nothing more that Al Ewing could do to surprise in the same way he has done earlier in the series. That’s not the case.

Something Ewing’s handled exceptionally well is recontextualising the Hulk’s frankly limited selection of viable villains, and that’s what happens twice here. White-furred alien giant Xemnu has rarely been much of a threat, but instead of exploiting his size, Ewing investigates the extent of his previously trivially used hypnotic abilities. It turns out he can hypnotise remotely and on a prodigious scale, which makes the Roxxon Corporation very happy. The other villain is best not disclosed, as it’s not really until the second half of the collection that they come into their own, although are used at their manipulative best. Never let it be said they can’t grasp a concept and run with it.

The same applies to artist Joe Bennett. He’s extremely good when it comes to the contrast between reality and fantasy as prompted by Xemnu, after which a succession of other artists take over for a while. That’s because Bennett draws the entire final five chapters. These feature a wild, knockdown battle in three connected locations, distortions aplenty and all sorts of gamma irradiated presences. The power simply pulsates from every page.

That’s not to suggest the other artists are disappointing. Butch Guice is always welcome, here illustrating an entire chapter giving the background to the major villain, while Nick Pitarra’s tour through the Hulk’s head and personalities is memorably wacky. Mike Hawthorne’s given a broader brief with a transitional chapter explaining a few things before all hell breaks loose. Javíer Rodriguez is good, but only supplies a few pages.

Something that’s perhaps passed by unnoticed is just how many recurring characters Ewing is juggling on a regular basis, and that’s not even including several of them just restricted to the Hulk himself. Several Hulks feature for extended periods as Ewing returns to an element introduced before and gives us a thrilling new perspective on it.

Alternatively the stories are covered in the paperbacks Hulk is Hulk and The Keeper of the Door.