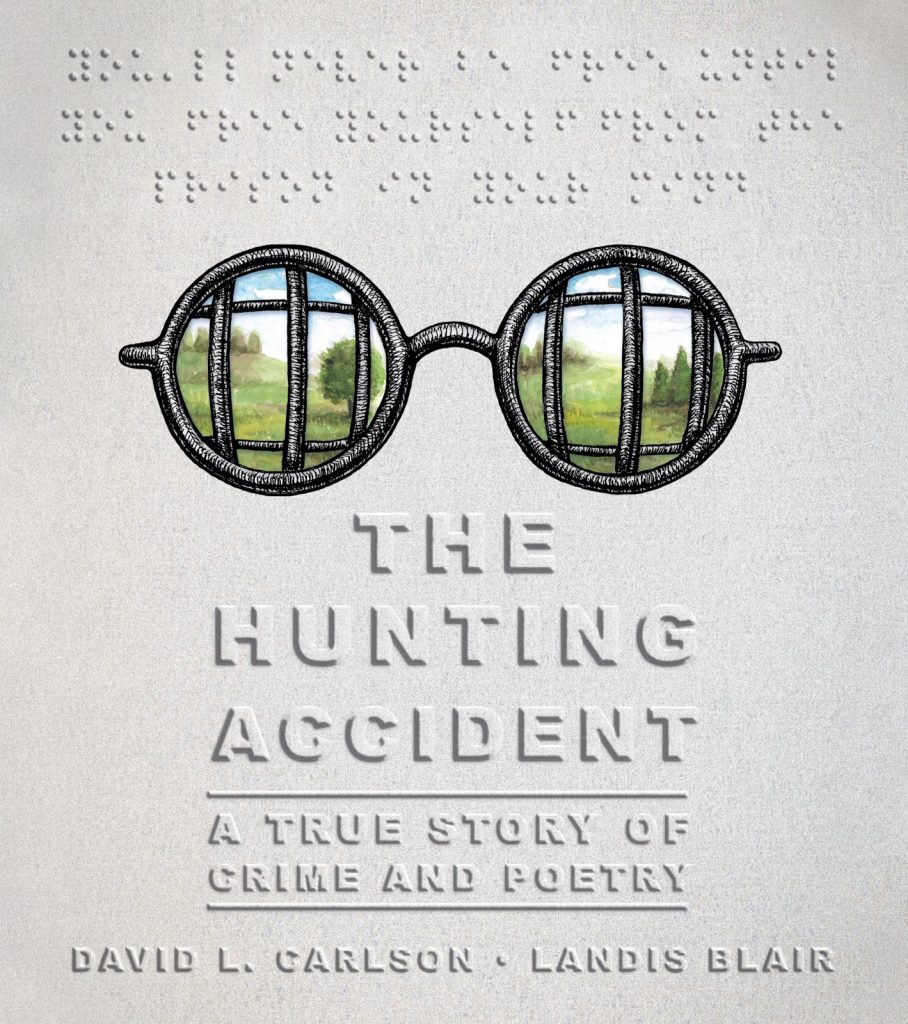 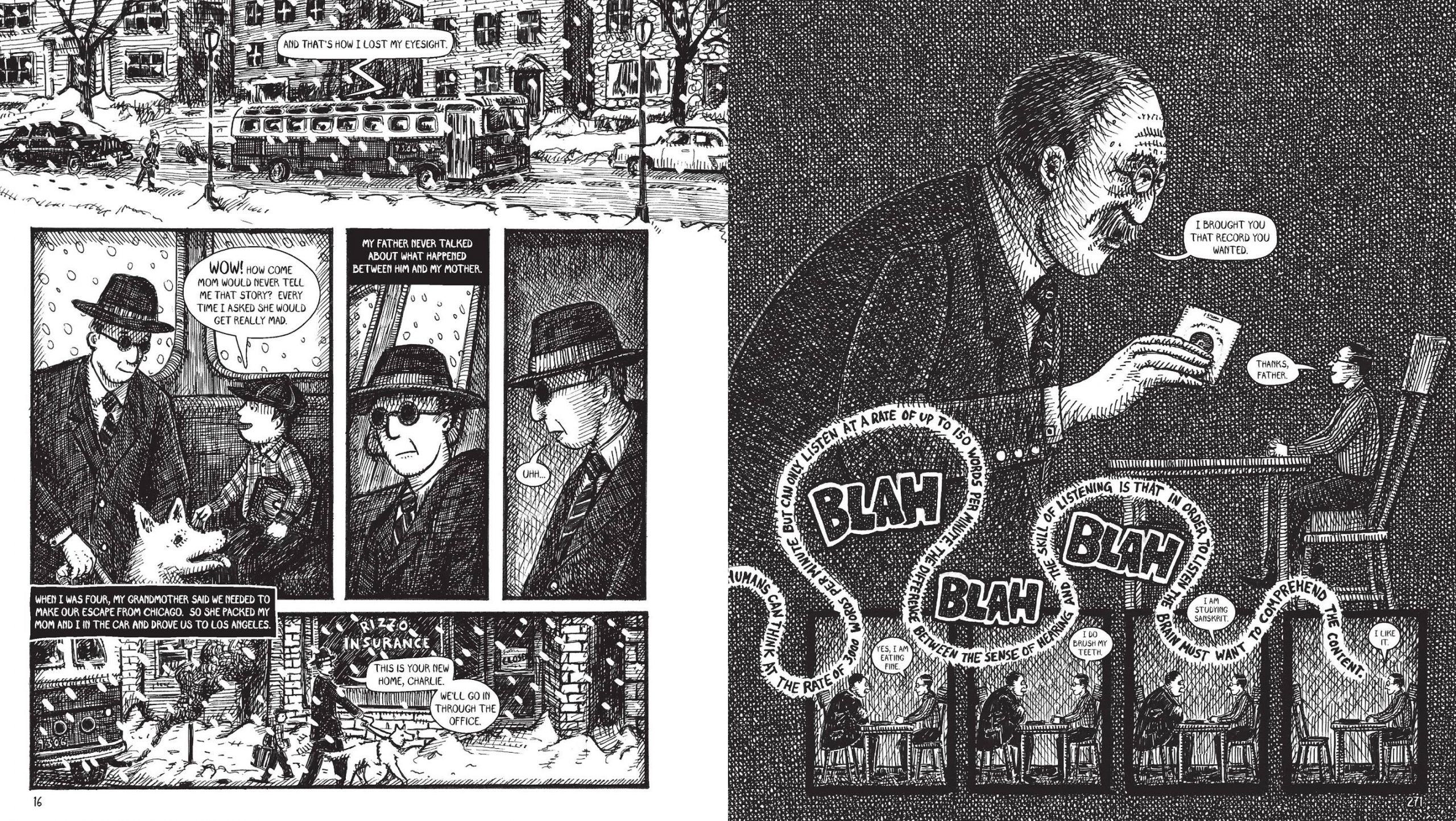 In 1959 Charlie Rizzo’s mother dies. Sent to Chicago to live with his father aged around ten, he learns for the first time about the childhood accident resulting in his father’s subsequent lifelong blindness. Matt Rizzo writes extensive literary criticism and poetry in braille, but with no publishing success, and as Charlie grows he’s aware of his father’s eccentricities and single-mindedness, but begins to make his own choices, not always the wisest. It’s then that we learn Matt’s life wasn’t entirely as supposed.

Considering this is David L. Carlson’s first published work, it’s ambitious, assured and complete. He thoroughly introduces Charlie’s and Matt’s enclosed world, and the limitations applying to Matt before moving into the wider world and Charlie unknowingly following in his father’s footsteps. The stark black and white art of Landis Blair brings this to life via page after page of detailed cross-hatching. It’s an under-rated artistic technique, at face value simple enough, yet an artist actually has to be self-assured to attempt it on this scale, as poor cross-hatching draws the attention, and errors can’t easily be corrected. Blair also has to incorporate complex visual metaphors, and switches to a noteworthy silhouette style when Matt Rizzo’s writing is discussed.

Because we don’t know Matt and Charlie Rizzo beyond what Carlson reveals, it comes as a surprise when we’re reminded the cover notes this as a true story. However, is that a true story in the manner of Fargo TV shows? Carlson highlights the John Keats quote about the truth of imagination, so is he putting words in mouths, or weaving fiction into fact? Either way, the result is one hell of a brew because while captivating, everything related in the review so far is just the prelude to the real story.

Before marrying, Matt might not have had a good life, but it’s a fascinating one, and the key aspect is a period in jail during the 1930s. Recently blinded and considering suicide, Matt shares a cell with Nathan Leopold, one of the era’s most infamous killers. Larson pulls the narrative all over the shop, but always either referring to what’s already been established or building the blocks for further revelations. The story covers jail life, literature, allegory and eventually redemption, along with insights into someone whom history reduces to a single act.

What may have just been intellectual stimulation for Leopold changes Matt’s life path, and from depravity and deprivation Carlson and Landis weave a life-affirming story that works on many levels. It’s a compelling crime drama, it’s a sympathetic human story, it’s a warning, it incorporates difficult ideas and applies them to life, and you’ll learn from it. A quote from Leopold is embedded on the cover in braille: “you’ll never be free until you free yourself from the prison in your mind”. He may seem a poor role model, yet a success of The Hunting Accident is reinforcing how important understanding and interpretation is.

While illuminating the man Matt was, extensively quoting from his essays is a literary intrusion distracting the focus, although their use at the end is powerful. It makes The Hunting Accident more demanding than it ought to be, especially as Dante’s Inferno also features a little too heavily. Landis, also, could be a little more expansive with his storytelling at times, but for a graphic novel from largely unknown creators this is some achievement and something to savour.