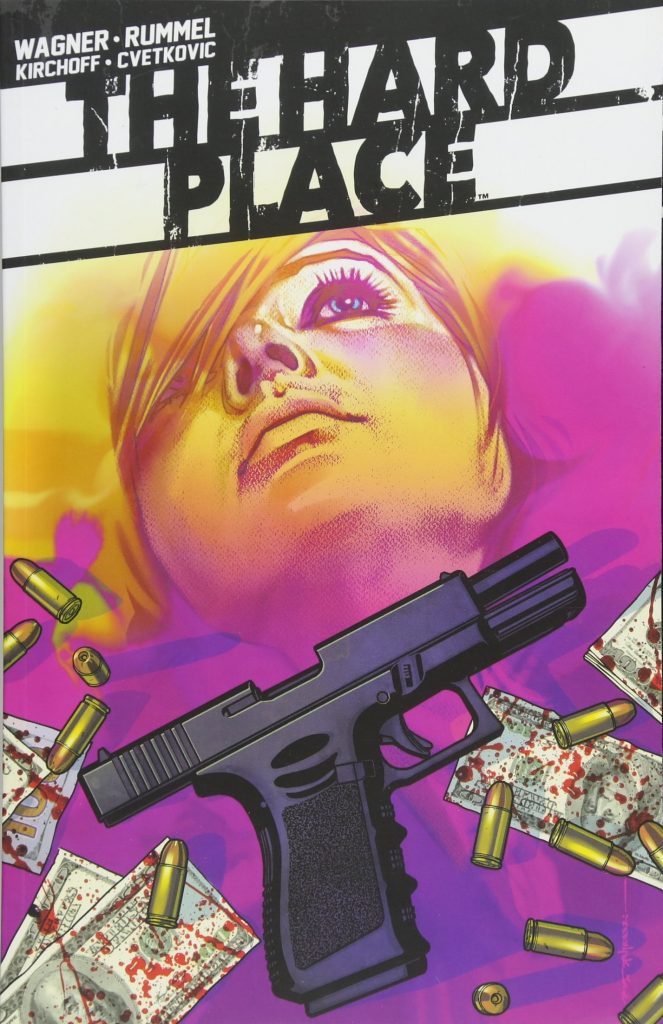 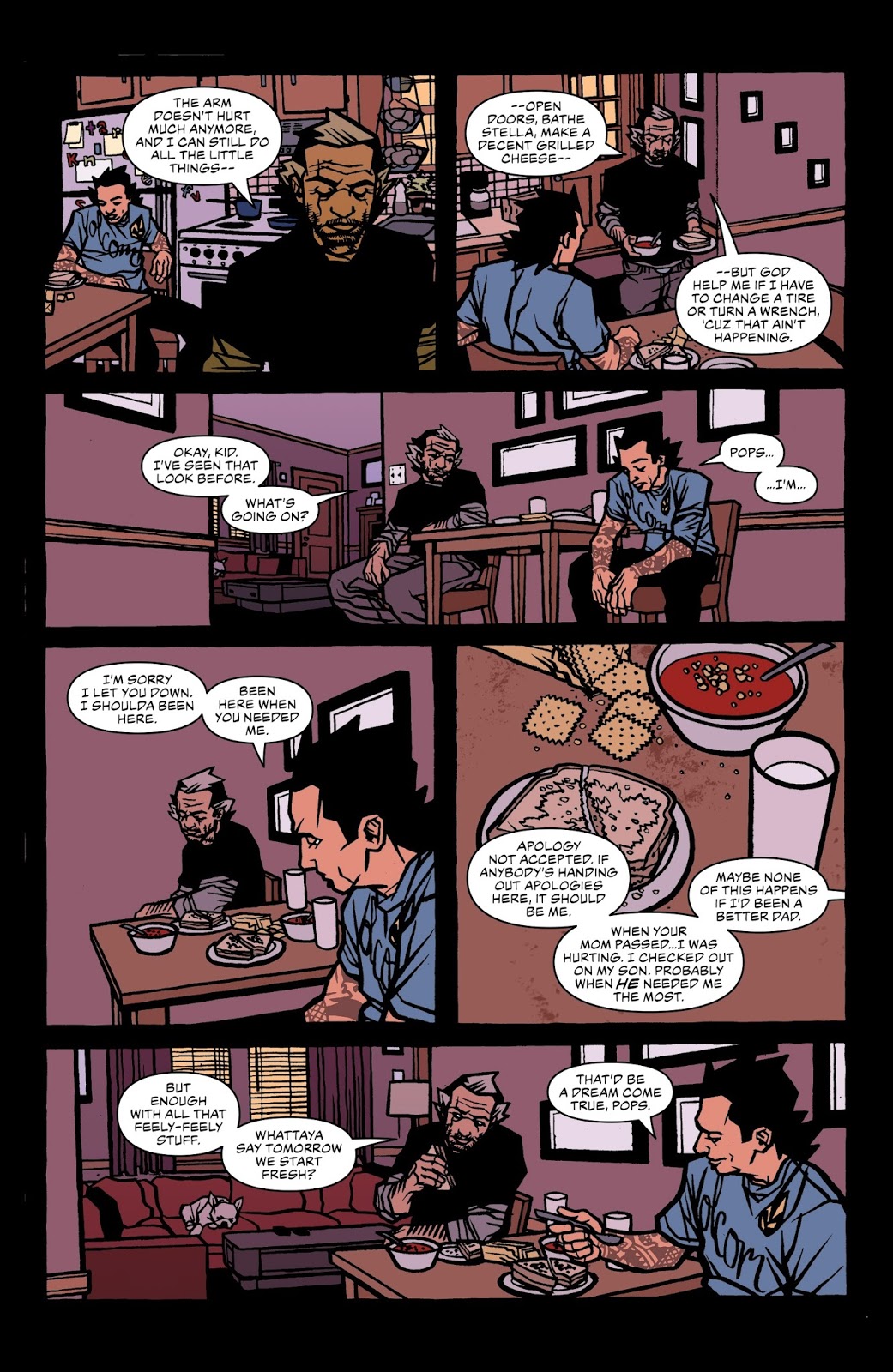 AJ Gurney has served his five stretch, learned his lesson and intends to go straight. Fixing cars in his father’s garage is how he sees his future. Unfortunately, as in so many crime stories, what the person we root for wants isn’t what they get.

There’s some clever twisting of expectations from Doug Wagner in the opening chapter. What’s expected from AJ’s visit to local gangster and former employer Macksim Sidirov isn’t what happens, but the crimelord still has a considerable weight behind subsequent events. The short of it is that despite AJ believing he’s turned a corner, he’s in the wrong place at the wrong time and again finds himself driving a getaway car. Macksim has a very powerful interest in tracking him down, and his buddy Don, a man convinced AJ was on the straight and narrow, has the weight of his police colleagues behind him. Throw in the pathos of a sick father and an innocent kidnap victim and the pedal goes all the way down to the metal.

Nic Rummel’s art is distinctively styled, using thick black ink lines that with the bright flat colours of Charlie Kirchoff look like some kind of update on the stained glass window. The plot is structured to maximise the possibility of driving scenes, and while Rummel’s people can be stiff, his chases are lively and fast moving. He goes the extra mile with the cars as well. They’re never named, but enthusiasts will recognise every model used.

Wagner cheats a little with one chapter ending, providing the shock, but without the substance to back it up. However there’s a smart reason for repeating the circumstances immediately before AJ’s arrest in every chapter, and because The Hard Place is a standalone graphic novel Wagner can maintain the suspense until the end. There’s genuinely no knowing what will happen and who’ll come out alive, and that’s what’s wanted from a crime story.