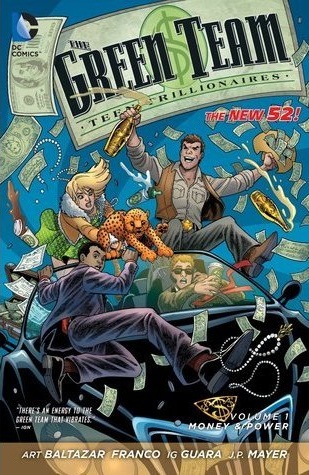 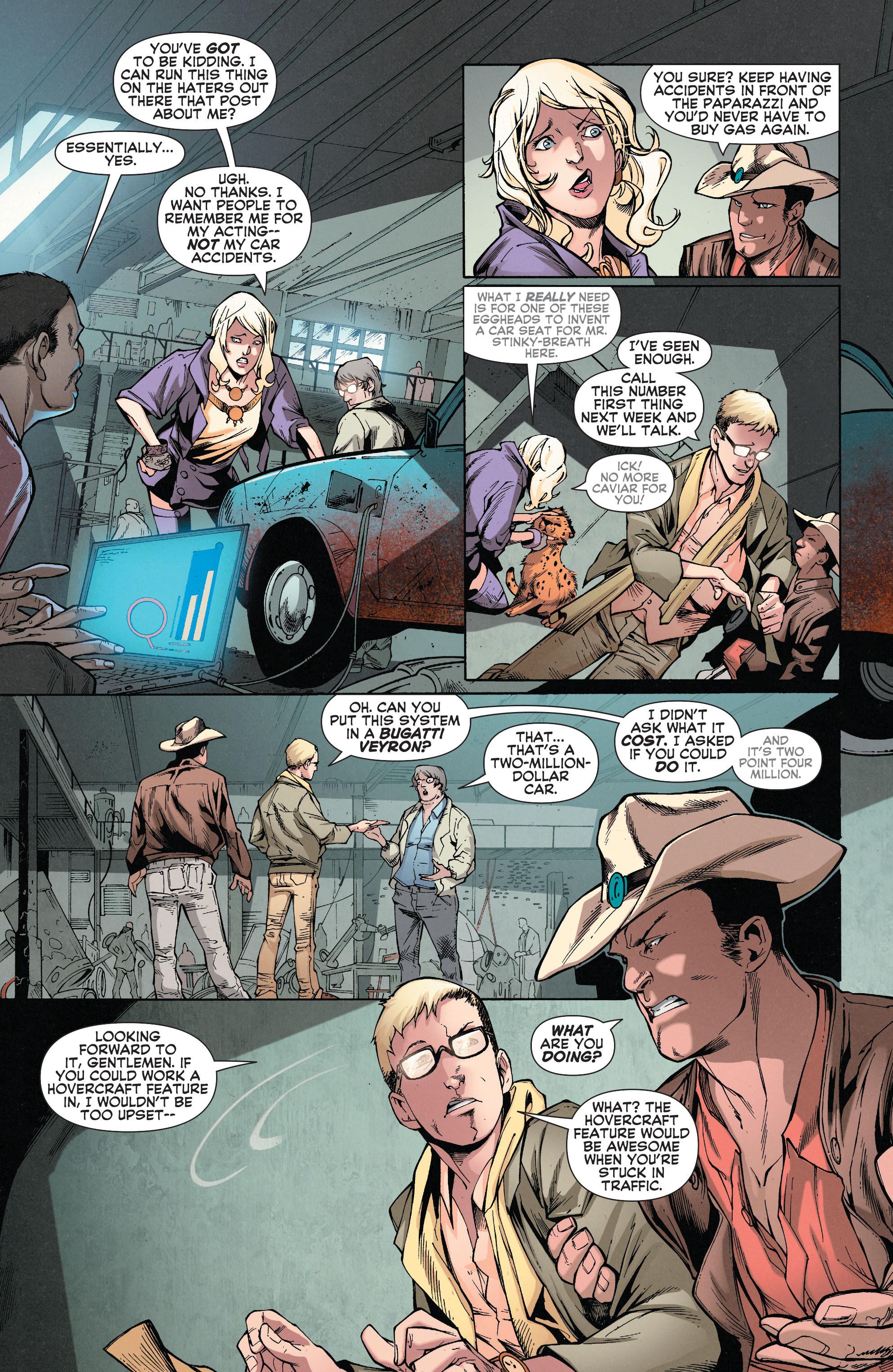 The Green Team were a 1970s anomaly completely out of touch with the times on their first go round. They were drawn by cartoonist Jerry Grandenetti when ‘realism’ was ousting all other art styles, and eccentrically written by Joe Simon attempting to revive the kid gang idea that made him a fortune in the 1940s with a strip about a bunch of teen millionaire adventurers. Would the idea really fly in 2015? Well, seemingly not, as this is a digital only package. Yet, based on the opening chapters it deserves better.

Writers Art Baltazar and Franco remain true to the original concept and cast names while upgrading the cast to cooler modern day identities, and elevating them to their mid to late teens. They’re also now trillionaires. Baltazar takes his lead from teens who’ve made millions from dotcoms and apps, so there’s a down to Earth quality about them while they still flaunt their wealth in inexcusable fashion. While there are moments of shallow name-dropping for character establishment purposes, the underlying message promoted throughout is that the ultra-rich have a duty to use the wealth to make the planet a better place. This agenda  makes enemies among those who accumulate money for its own sake. Still, when you can afford to hire Deathstroke as personal protection…

Ig Guara’s art is far nearer a stylised realism than the out and out cartooning of the original appearance, yet it’s all to do with the figures. These can be very fiddly with lots of design elements, and he supplies movement well, so animating the action scenes, but backgrounds are very basic. It serves the purpose of turning the pages, but there’s nothing that lingers in the memory.

That’s also the eventual fate of the writing. After a sprightly start and some interesting surprises the story settles into formula as the Green Team become superheroes by accident, investigating why their team leader (his Commodore name a 1970s hangover) is a target. The surprises fall by the wayside as there are recurring encounters with the same people, until a conclusion that seems all too simple. It leads to a bizarre ending, obviously intended as the start of the next story, but that never appeared.

After the first couple of chapters there’s little to distinguish the Green Team from any other start-up superhero team, and that’s both a mistake and a disappointment. There was opportunity here, and it was squandered. 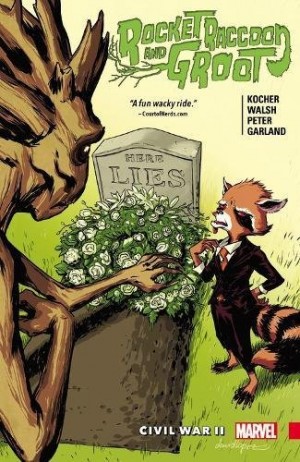