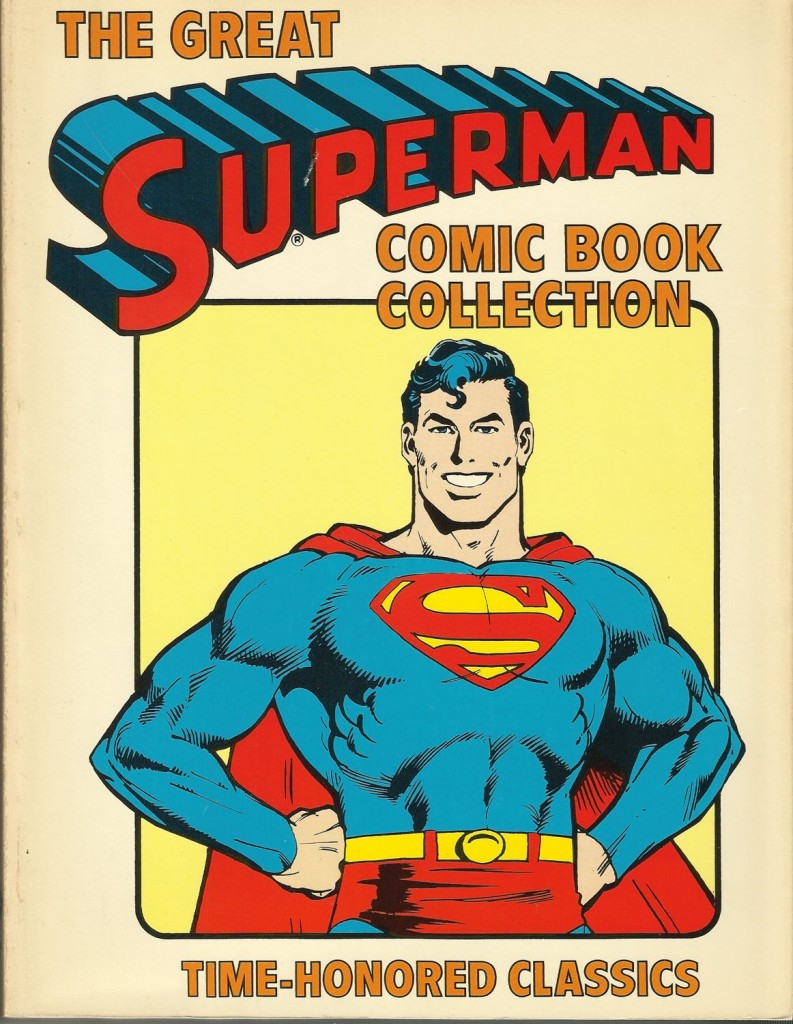 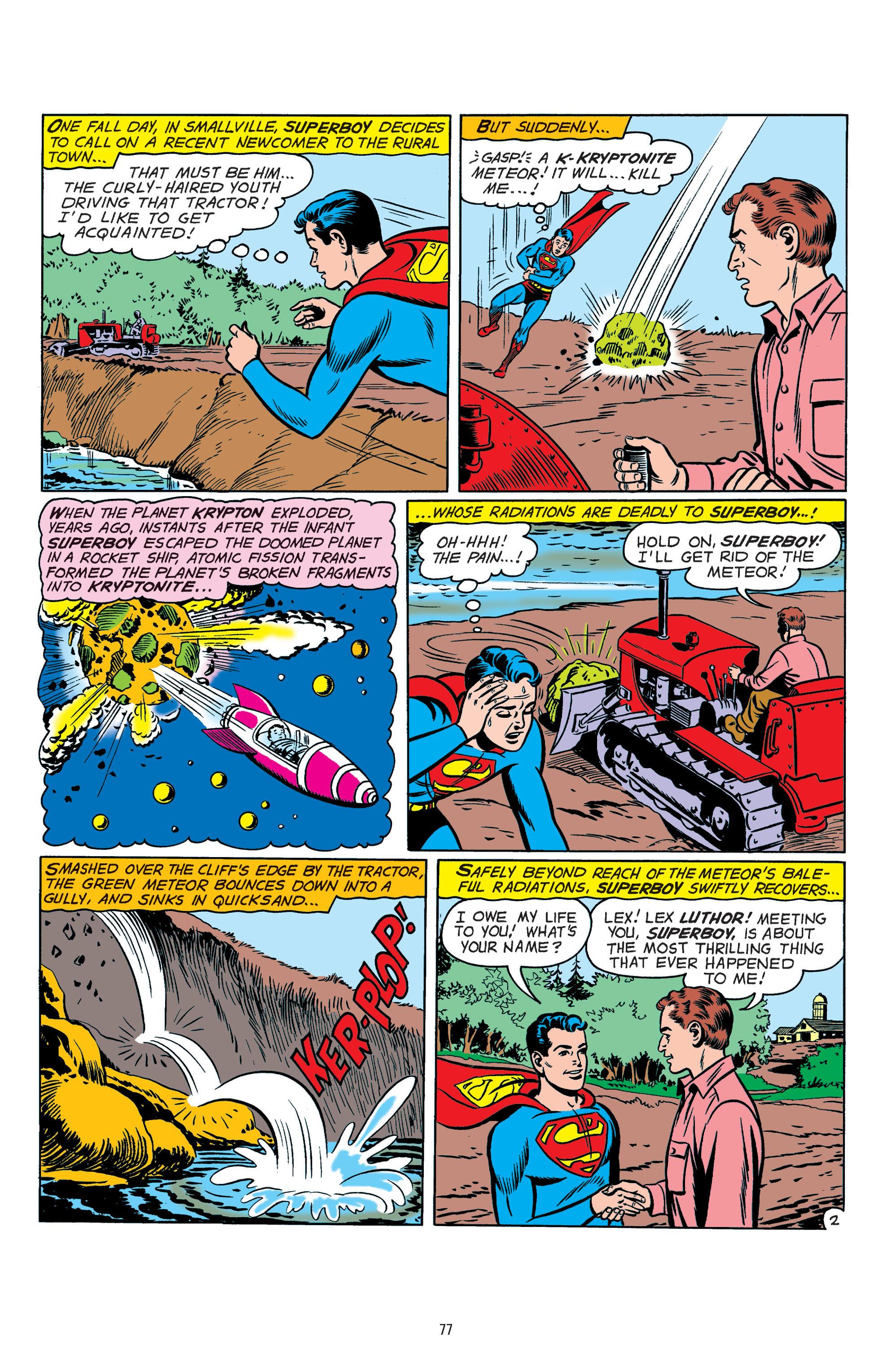 Back in the days when graphic novels barely existed this was a much treasured item, a rare chance to see material largely unavailable other than in comics published over twenty five years previously and commanding considerable prices. This second Superman anthology was carefully curated by DC editor E. Nelson Bridwell, also responsible for the first (From the 30’s to the 70’s). He drops in landmarks such as the debut of Supergirl, yet simultaneously follows a brief to entertain while still providing a flavour of Superman.

Bridwell decided a more sophisticated origin of Superman than the original was required, so reprints one he wrote in 1973, drawn by Curt Swan. He also concluded that longer stories may occupy more pages, but why go for bulk by reprinting the shorter Superman stories of the 1960s when the longer material is better. The two solo Superman stories are both gems. Jerry Siegel and Wayne Boring have Superman travel back in time to Krypton before it explodes, a tension set by virtue of him having no powers under Krypton’s sun, so no means of avoiding the imminent tragedy. Luthor and Brainiac teaming up was a big deal in 1964. The concept came from a sixteen year old Cary Bates, and Edmond Hamilton and Swan develop it into a cinematic thriller. We know Superman will win through in the end, but figuring out how is the thing.

A story from the 1970s is mentioned in other Superman anthologies as highly regarded, but not included as it’s four chapters would occupy too much precious space. Bridwell had no such concerns, and foregoes any other 1970s material to present it. It’s worth reading. Bates was surely DC’s most imaginative writer during the 1970s, constantly providing puzzling plots, and this is a gem, written with Elliot S! Maggin. It notes Superman’s puzzlement that his powers only work when he’s in costume, Intergang continually targeting Metropolis, and a long-term plot to destroy the planet. It leads to a fateful decision. The economy of storytelling is brilliant, maintaining the tension until the end, and the writers even manage to include nine, yes nine, of Superman’s villains in the closing chapter.

Al Plastino’s sample art is from the Siegel story in which Superboy first meets Lex Luthor, a compact opening six pages relates the transformation from bromance to hatred, after which a succession of Luthor’s inventions fail. There remains a viable consistency in the presentation explaining the more credible and sophisticated Luthor of today.

The less serious Superman appears in a Lois Lane story in which he takes her to his fortress of solitude, then makes life as uncomfortable as possible to dispel thoughts of it as a possible honeymoon venue. It’s typical of the manner Lois Lane was portrayed at the time, forever scheming, by Otto Binder and Kurt Shaffenberger. Binder’s humorous side recurs in ‘Jimmy Olsen the Boy of Steel’, as Jimmy does all sorts of insane things to prove he now has powers. In Swan’s nuttiest panel he tries sawing his leg off!

If you’re unconcerned about a representative collection omitting both Superman’s first twenty years and by virtue of its publication date not encompassing anything from 1980 onwards, this is surely the best Superman anthology published to date. For all the silliness of the 1960s material, there’s also a genuine frisson to what’s presented here, and writers used to impossible contrivances have the wherewithall to keep even present day readers guessing.