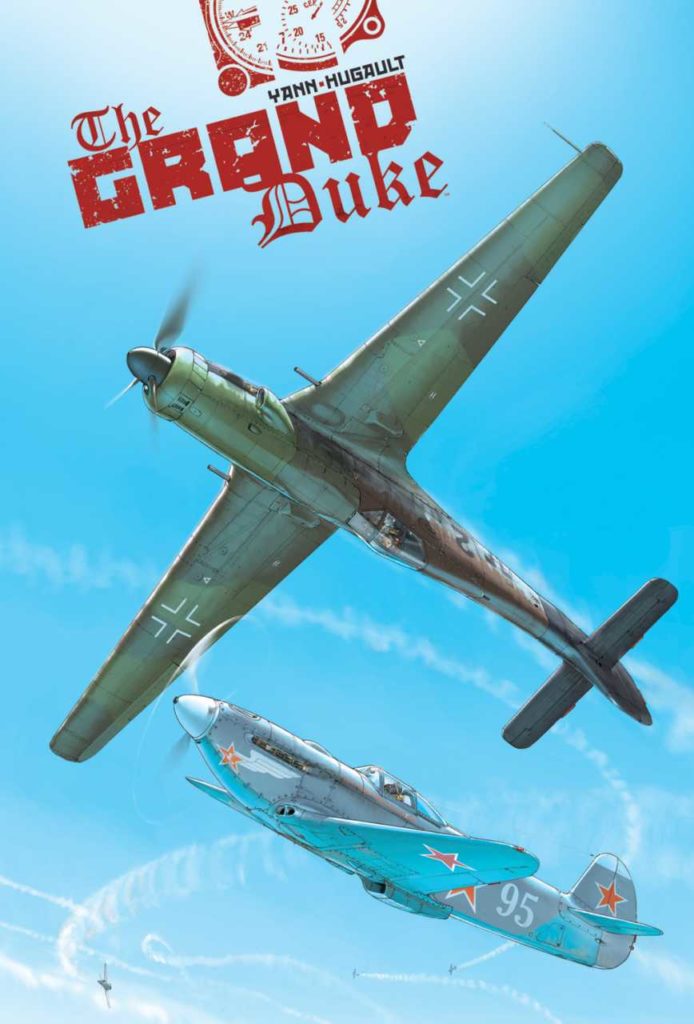 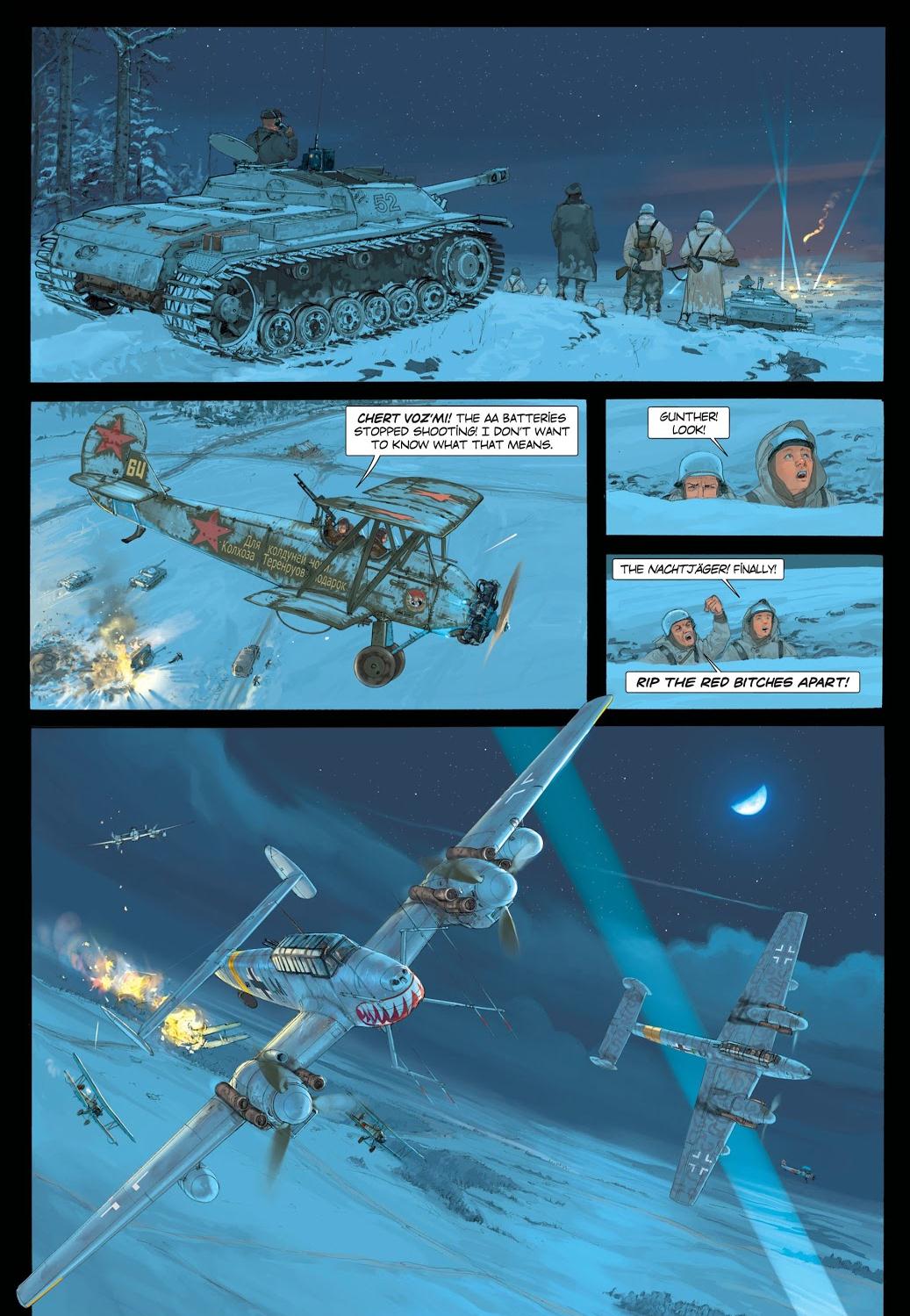 It’s December 1943. The invading Nazis are learning for the second consecutive year how harsh a Russian winter can be, while the Soviets have trained women to fly old planes on bombing raids. They’ve become known to the Germans as the Night Witches, and Lilya Litvasky is among the first of them to transfer to a male squadron. Her German counterpart is Adolf Wulf, equally dedicated, but not as a politically motivated, to the extent of removing the swastika from his plane as it’s not military insignia. While the aerial talents of both protect them in the short term, their cards are marked by their politically single-minded colleagues.

Writer Yann (Le Pennetier) switches scenes between his two lead characters, accumulating their frustrations with dogma and bureaucracy, Lilya additionally plagued by men refusing to take her seriously and a bullying commanding officer. Yann constructs complete personalities, sometimes in broad strokes, elsewhere employing subtlety, such as when Wulf is deciding when to open a parachute. The Grand Duke of the title is a Heinkel 219, in 1943 the very epitome of Nazi flying advancement and the plane presented to Wulf as best able to make efficient use of its capabilities.

To note that Romain Hugault likes his planes is to dabble in considerable understatement. All his comics work has been aviation based, and when not occupied with that he’s illustrated reference books on planes, some for the French Air Force. We should, then, take his mastery of aircraft for granted, as he supplies countless pages of iconic aerial combat. It’s not surprising that he applies the same diligence to any other technology, and the to the wildlife used as visual metaphor in the early section. Other artists whose priority is the hardware often find the humans that operate it more problematical, but they’re elegantly depicted by Hugault, a little sketchier, but with a life and expressiveness to them.

The Grand Duke combines the three original French volumes, and time jumps forward between chapters eventually arriving at the dying days for Nazism. Yann plants moments for those who know their history, none more terrifying than a character moving from Berlin to Dresden for safety, and too much technical talk is avoided, although at times some explanations are needed. On the downside, the willing sex scenes in every chapter are pandering. The second has plot ramifications, but they could have been worked in without the tits out for the lads approach. Otherwise Yann and Hugault craft a fine downward spiral for two talented and fundamentally decent people enveloped in hateful and deteriorating circumstances, with an astonishing brutality in places, neither side having scruples when it comes to dealing with women. The ending is nicely managed, if a little melodramatic, and will have greater resonance for those aware of their history. Overall The Grand Duke is a war story to be enjoyed for the humanity. It’s something Garth Ennis could have written.

Either Amazon’s algorithms have gone nuts, or the prices currently demanded for used copies suggest Boom! should cash in with a reprint.