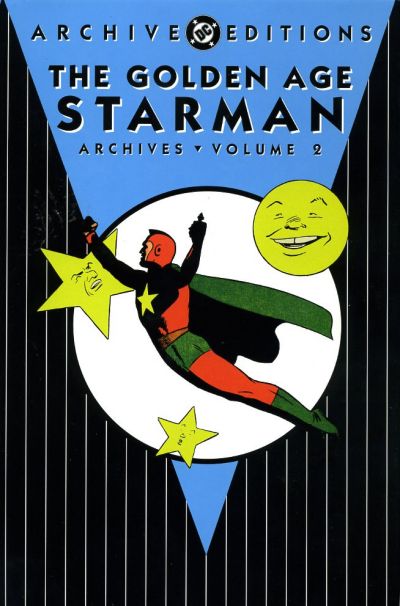 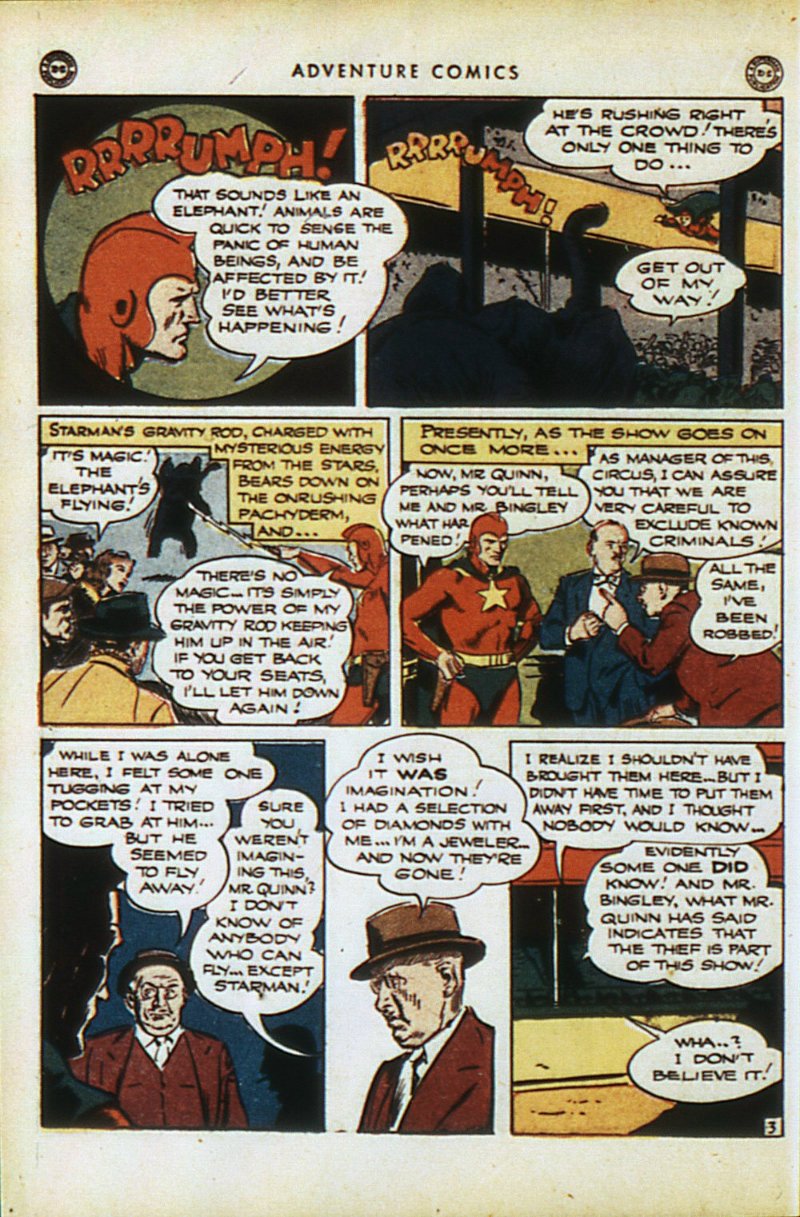 As seen in The Golden Age Starman Archives Volume 1, under the careful guiding hands of Gardner Fox and artist Jack Burnley, Starman’s 1940s outings are ripe for re-appraisal, as one of the best superhero comics of the era.

This completes the Sidereal Sentinel’s 1940s material, spanning 1942 to 1946, with the subtle, moody, slower-paced, intellectually edgy stories supplanted by shorter yarns brimming with sheer exuberance and kinetic energy. With the Nazi menace beaten, home grown criminals begin to congregate in stories not just with Fox’s writing, but mature and compelling scripts by Alfred Bester, Otto Binder, Don Cameron and latterly Joe Samachson. A bizarre inclusion is some iconic covers by Joe Simon and Jack Kirby, but most only featuring Starman in a small corner insert.

The period peril begins with ‘Finders Keepers!’ wherein arch-nemesis the Mist combines his usual invisibility gimmicks with a subtle psychological scheme. When members of the public find valuable “lost property” they have no idea each item carries a post-hypnotic command to surrender their own valuables to the criminal mastermind.

Bester scripts a thriller dealing with another kind of invisibility as Starman and street urchin Mike Muggins end the impossible robbery-spree of ‘The Little Man Who Wasn’t There!’, whilst ‘The Tune of Terrific Toby’ (Bester and Burnley again) offers a lighter tone for the tale of a meek office worker who fakes a bold rescue to enhance his status. Burnley bows out in style with Bester’s ‘The Time-Machine Crime!’ wherein thugs used said purloined device to kidnap William Shakespeare, in hopes his canny mind could plan the perfect crime!

Gardner Fox returns as the explosively kinetic Mort Meskin briefly takes on the art. In ‘Starman’s Lucky Star!’ a poor blind boy who wants to be an astronomer is mistakenly kidnapped instead of his wealthy playmate. ‘Hitch a Wagon to the Stars’ spotlights a brilliant young inventor whose obsession with astrology blights his life, and nearly makes him a patsy for Nazi spies.

Emil Gershwin (sample art) then became main illustrator, a solid, polished artist much influenced by Mac Raboy, ‘Wish Upon a Star!’ gives him the opportunity to shine in the moving, socially-charged tale of three prep school boys whose unselfish wishes came true thanks to Starman.

At this time the Astral Avenger’s page counts decline as his popularity dwindled and ‘The Doom From the Skies’ reflects a growing trend towards fast-paced action. A burglar steals the Gravity Rod, leaving our hero an amnesiac and his weapon a deadly death ray, whilst ‘The Constellations of Crime!’ introduces Astra the Astrologist who uses predictions as the basis of extravagantly deadly crimes.

Attempting to boost popularity, a number of genres are then explored: detection, thriller, comedy sidekicks, fantasy, but little could stop the slide. The final stories are written by Joe Samachson with the returning Gershwin returned to illuminating the series until its premature conclusion. The plots feel formulaic, although the last tale was far from a damp squib. The Meteor Mob’ found savvy mobster Shiver using a cannon to create his own shooting stars – only these ones only ever fell on banks and jewellery stores.

Despite the fizzling out, much of the Golden Age Starman still shines today. The best of the run is far more in tune with contemporary mores, making this book an unmissable delight for fans of mad science, mystery, murder and crazy crime capers. 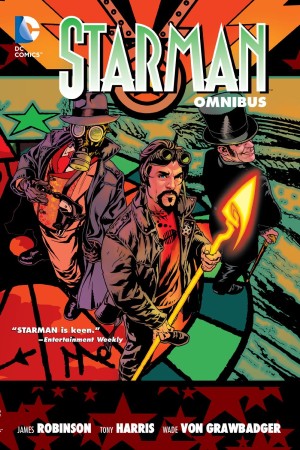 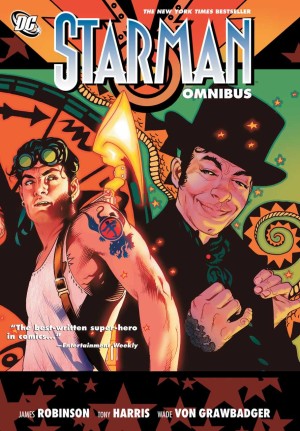 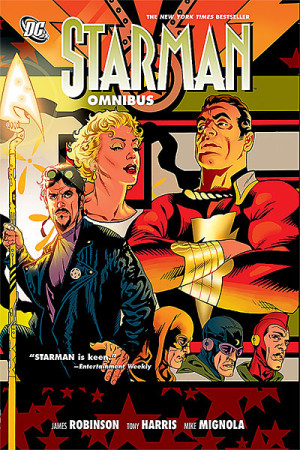