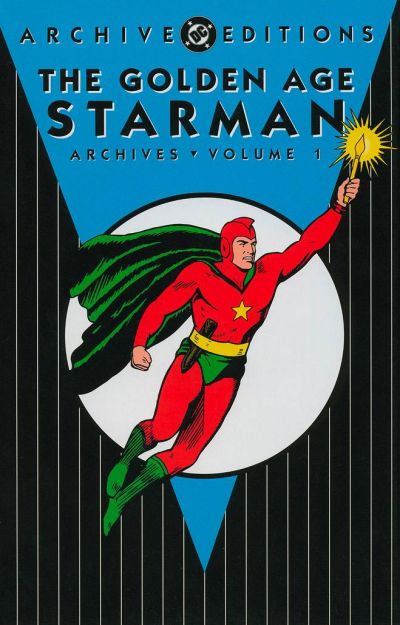 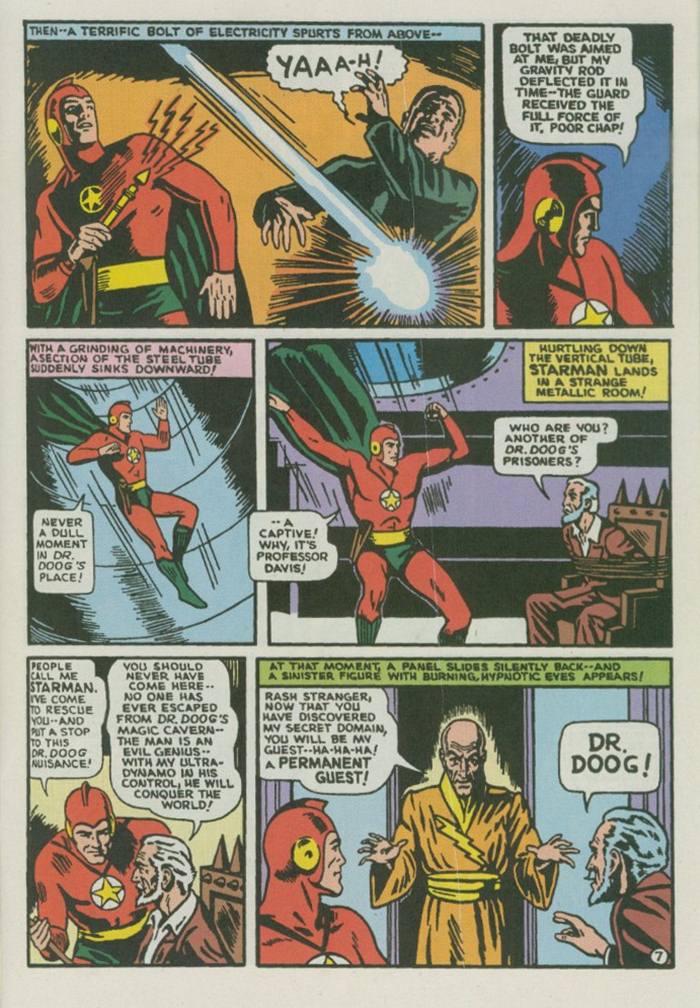 After the staggering success of Superman and Batman, National Comics/DC rapidly launched many new mystery-men in their efforts to capitalise on the phenomenon of superheroes. From our decades-distant perspective it’s only fair to say that by 1941 the editors had only the vaguest inkling of what they were doing.

Thus, when Starman launched in 1941, National/DC trusted in craft and quality rather than some indefinable “pizzazz”. The editors were convinced the startlingly realistic, conventionally dramatic illustration of Hardin “Jack” Burnley would propel their newest concept to the same giddy heights of popularity as the Action Ace and Gotham Guardian.

Indeed, the strip, always magnificently drawn and indisputably one of the most beautiful of the period, was further blessed with mature and compelling scripts by Gardner Fox and future SF great Alfred Bester. These remain compulsive and brilliant thrillers, even by today’s standards.

However, according to the artist in his foreword to this stunning deluxe hardback collection, that was possibly the problem. Subtle, moody, slower-paced stories just didn’t have the sheer exuberance and kinetic energy of the most popular series, which all eschewed craft and discipline for spectacle and all-out action. Happily, these days with an appreciably older and more discerning audience, Starman’s less-than-stellar career in his own time can be fully seen for the wonderment it truly is.

This epic collection reprints just over a year of the Astral Avenger’s earliest astounding exploits, including some of the most iconic covers of the 1940s, by Burnley and, latterly, wonder-kids Joe Simon and Jack Kirby.

Burnley came up with the Starman concept, but, as was often the case, a professional writer was assigned to flesh out and co-create the stories. In this case said scribe was the multi-talented Fox who wrote most of them. The illustrator also liberally called on the talents of his brother Dupree “Ray” Burnley as art assistant, and sister Betty as letterer to finish the episodes in sublimely cinematic style.

In those simpler times origins were far less important than today, and the moonlit magic here begins with America suddenly suffering a wave of deadly electrical events. Appalled and afraid, FBI chief Woodley Allen summons his latest volunteer operative. Bored socialite Ted Knight promptly abandons his irate date Doris Lee to assume his mystery man persona, flying off to stop the deranged scientist behind all the death and destruction. Almost as an aside we learn that secret genius Knight had previously discovered a way to collect and redirect the energy of starlight through an awesome handheld device he calls a “gravity rod” and resolved to do only good with his discoveries.

A dozen enthralling, engaging and fantastically inviting adventures follow, collectively a lost high-point of the era, still offering astonishing thrills and amazing chills for today’s sophisticated readership. Starman’s exploits are some of the best but most neglected thrillers of those halcyon days, but modern tastes will find them are far more in tune with contemporary mores. Better still, there’s a Volume 2. 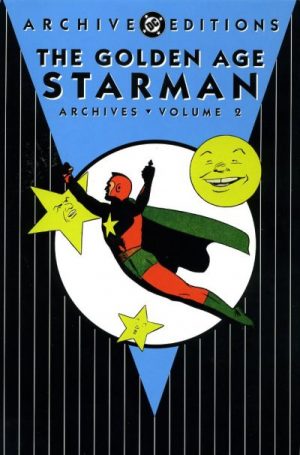 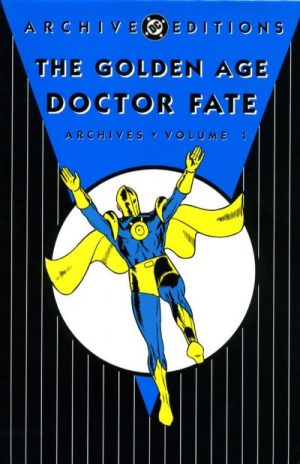 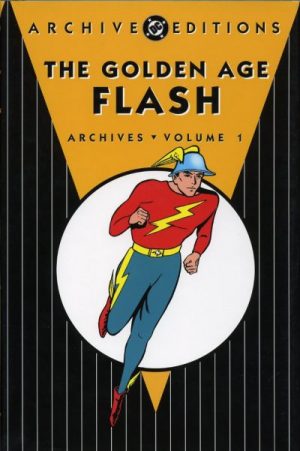