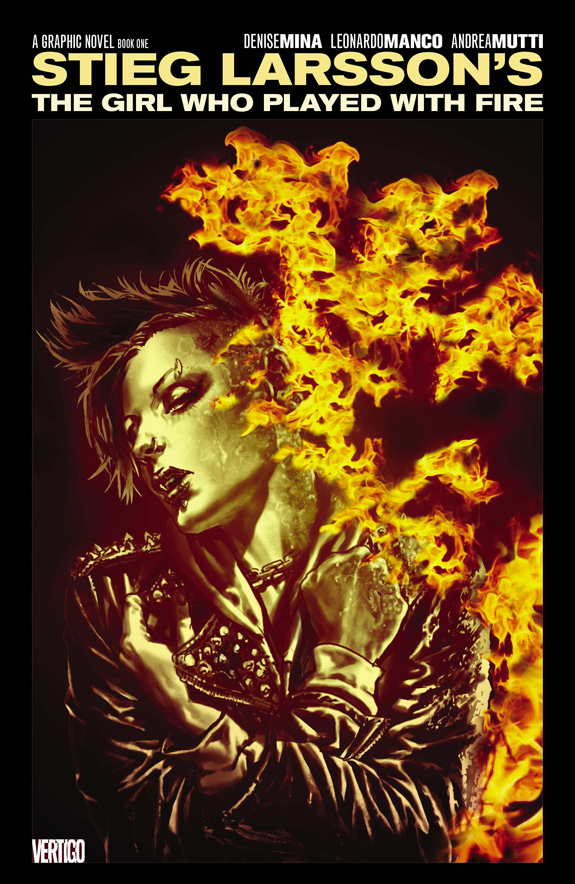 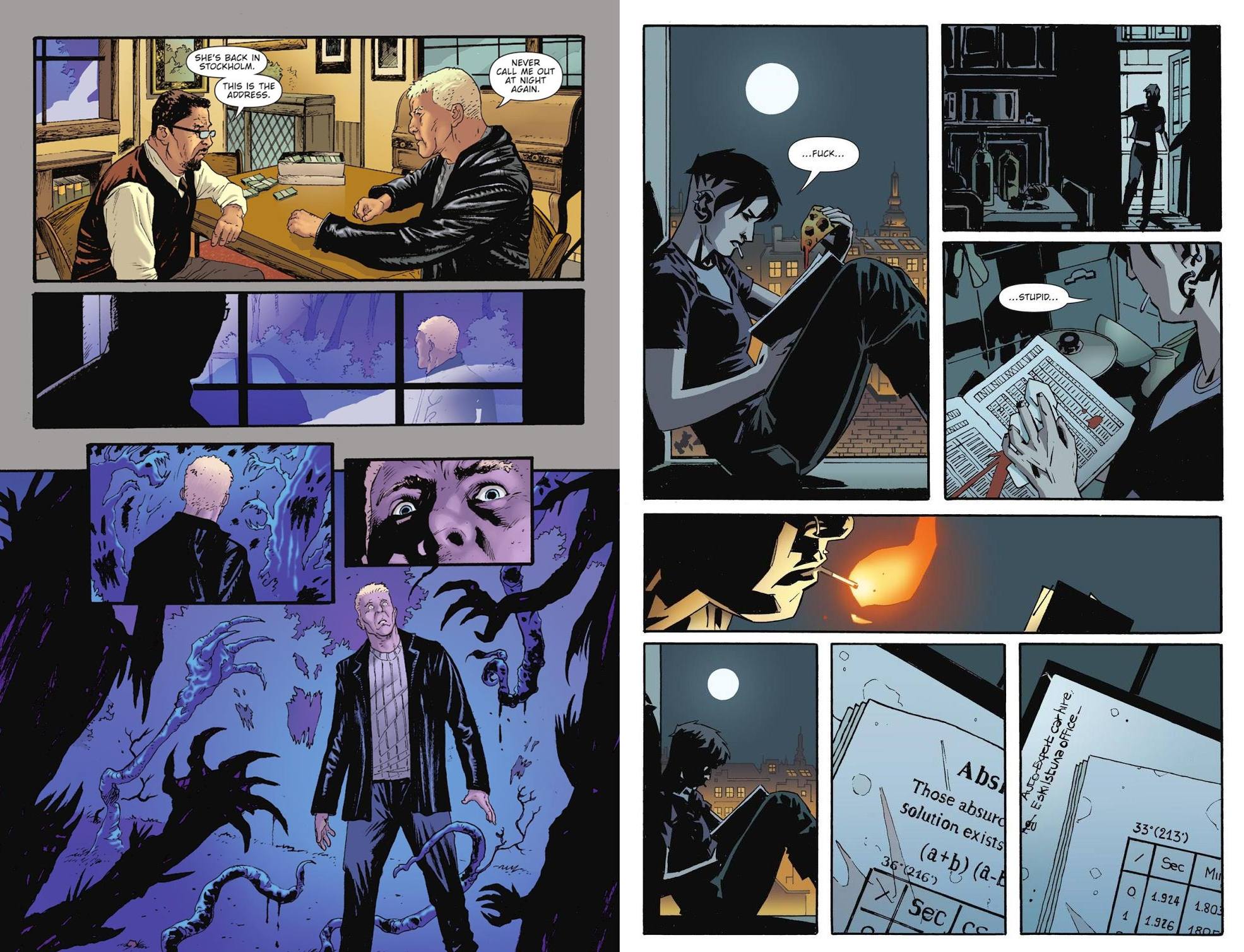 Following her two part adaptation of The Girl with the Dragon Tattoo, Denise Mina reprises her turn of breaking down a Stieg Larsson novel and dialoguing it for graphic novel adaptation. This time it’s managed in a single volume, and artistic collaborators Leonardo Manco and Andrea Mutti also return.

It’s also much as you were with the cast as the story opens. Mikael Blomkvist is back with his crusading newspaper and Lisbeth Salander is back on her own. So is her former guardian Nils Bjurman, still bearing a large tattoo identifying him as a rapist. He’s been warned of the consequences should he attempt to remove it, and realises the only way of doing so is if Lisbeth disappears.

At Blomkvist’s newspaper a young journalist has delivered a well researched piece about sex trafficking that names the rich and powerful involved. It soaks up much of the paper’s resources, and is it a coincidence that the editor is offered a job replacing the retiring editor of Sweden’s largest newspaper?

For almost half the book the cast wander about undertaking their daily business, and it’s astonishingly dull. That’s down to Larsson, although Mina could have taken the decision to excise much of this tedium and only retain what was required to establish the later events. In short succession three corpses enliven matters, and Salander is the prime suspect.

This moves the narrative into procedural drama and a hunt for Salander. Perhaps realising the limitations of her artists, and the police sequence requiring newly introduced characters, Mina includes a page devoted to portraits of them. The clues eventually lead back to Salander’s past, but The Girl who Played with Fire lacks the tension of the previous story, and much of what remains is sucked out by the lifeless illustration.

There isn’t much Manco art here, which is a shame as he’s the best in the book, distinctive and providing dynamic panel compositions. Being able to render illustrated conversations interesting is a skill that Mutti hasn’t mastered, and which new artist Antonio Fuso manages a little better. He has a dark and gloomy style with a visual shorthand for faces, and it’s often difficult to recognise the same cast members as drawn by Mutti. Vertigo presumably paid a considerable licencing fee for a globally successful novel, so why couldn’t they firstly employ someone more suited to it, and secondly have them illustrate the entire book? It’s a version of shooting oneself in the foot as contrived as anything in the story.

The plot twists and later surprises of The Girl with the Dragon Tattoo are lacking here, where there’s a greater reliance on coincidence, and it suffers from lacklustre art. A good editor would have improved both the original novel and this adaptation. Salander’s story concludes in The Girl Who Kicked the Hornet’s Nest.