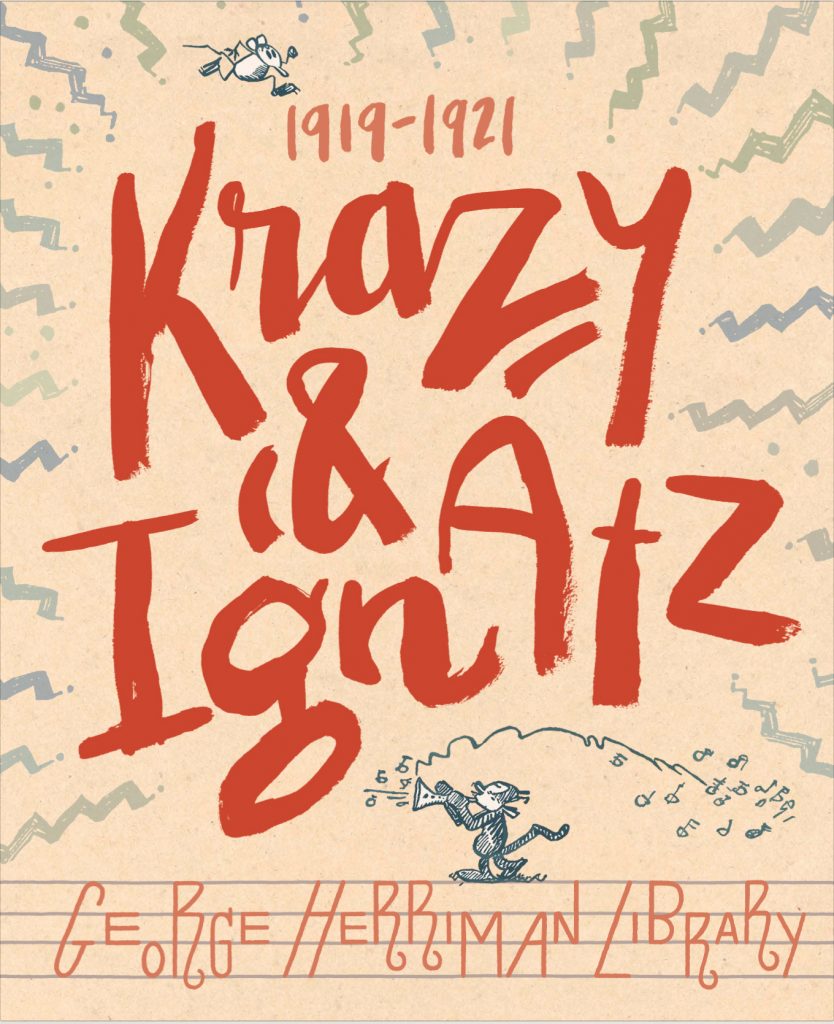 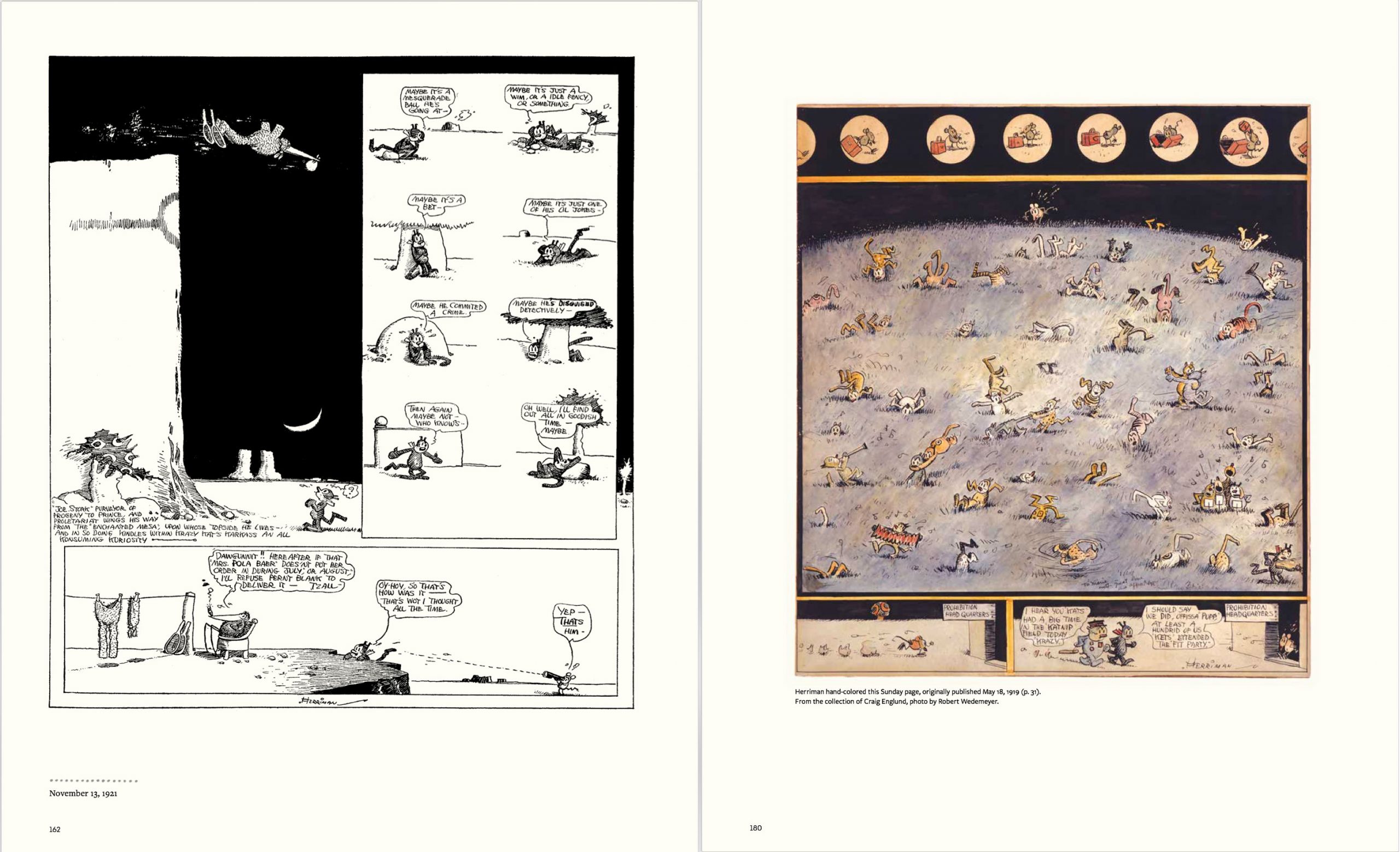 The George Herriman Library: Krazy & Ignatz 1919-1921 is the second volume of this new deluxe presentation of Krazy Kat Sunday newspaper comics. The previous softcover editions of this series have been out of print for a decade. This new series reintroduces Herriman’s masterwork with an upgraded hardcover, oversized format presenting every Sunday page produced by George Herriman for Hearst newspapers a century ago. The majority of the strips reprinted here came from the incredible archives of the San Francisco Academy of Comic Art. Bill Blackbeard, comics historian and founder of the archive, opens this volume with an intro about the origins of Krazy Kat in earlier Herriman strips The Dingbat Family and The Family Upstairs, between 1910 and 1914.

Michael Tisserand, author of Krazy, an exhaustively researched biography of George Herriman, bookends this volume with a look at the themes questioning racial identity running through Krazy Kat. Herriman was a mixed-race man who hid his Black identity quite literally under his hat, which he never took off while at work (his colleagues nicknamed him The Greek). Krazy Kat frequently touches on issues of definition, classification and appearance, particularly through the Kat being a non-binary character who is sometimes male and sometimes female. When filmmaker Frank Capra asked Herriman to define the Kat’s gender, Herriman replied: “I get dozens of letters asking me the same question. I don’t know. I fooled around with it once; began to think the Kat is a girl—even drew up some strips with her being pregnant. It wasn’t the Kat any longer; too much concerned with her own problems—like a soap opera. Know what I mean? Then I realised Krazy was something like a sprite, an elf. They have no sex. So the Kat can’t be a he or a she. The Kat’s a sprite—a pixie—free to butt into anything. Don’t you think so?”

This is a beautiful restoration of one of the most highly regarded of all American comics. Very difficult to see for sixty years after it ended, this strip is now accessible again. If you have never read Krazy Kat before, take a look. You may need some patience and perhaps a dictionary for some of the language, but once hooked on George Herriman’s unique whimsy there’s no going back. 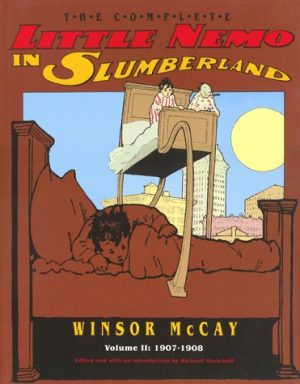