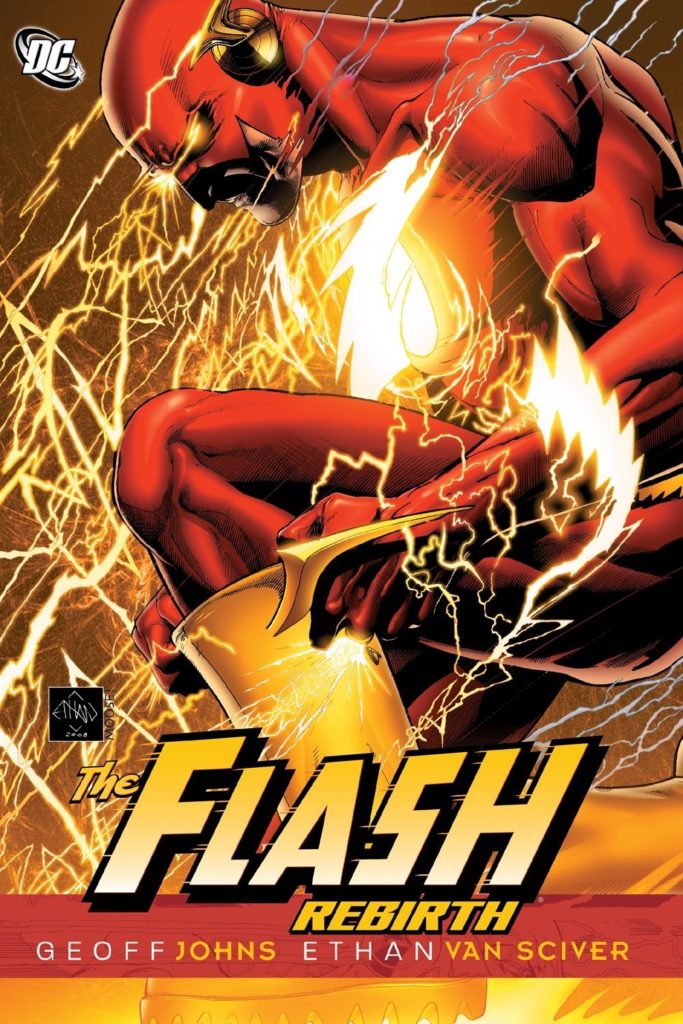 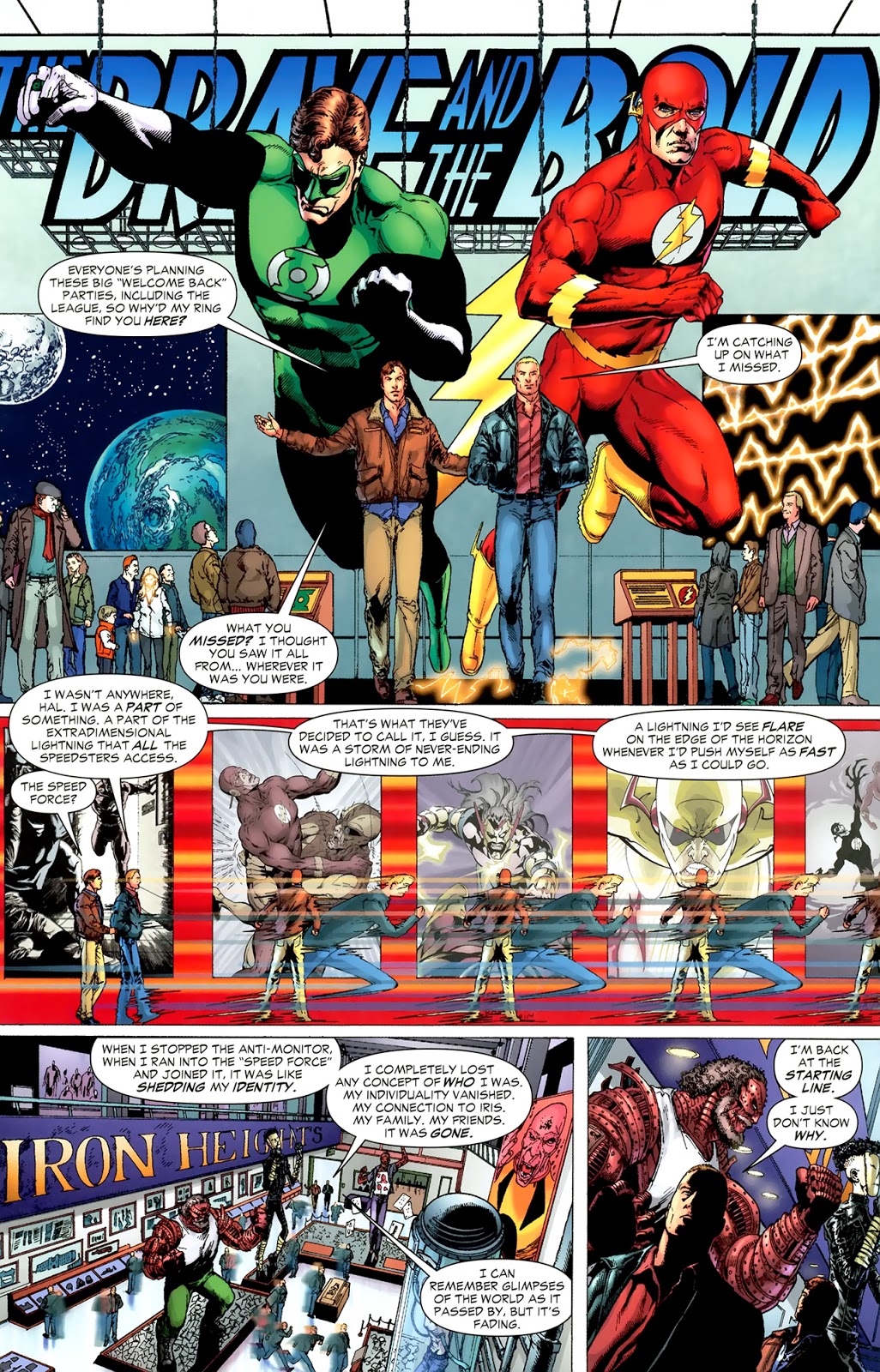 From the mid-1950s to the mid-1980s the Flash was Barry Allen, but Jay Garrick had been the Flash before him, and Wally West filled his shoes for twenty years after Barry died. Yet his return in Final Crisis was big news in 2008, and it was Wally’s turn to be sidelined.

Much of anyone’s response to Rebirth is likely to be conditioned by concerns about continuity. Does it matter? Is it important any more? Is the validity of a story tied into how tidily it slots together with others? Those questions may or may not have been at the forefront of Geoff Johns’ mind, but as with his earlier reconstitution of Hal Jordan as Green Lantern, also accompanied by Ethan Van Sciver, Rebirth is intended as a refit for the modern era.

Van Sciver has a fundamentally thrilling sense of how to lay out a page, and whether down to him or Johns, Rebirth features some admirably sophisticated storytelling. One aspect is repeated sequences of Flash running at top speed including breaks in a wall through which scenes from the past are glimpsed. Brian Miller’s colouring is also important, and he creates a look that fills backgrounds brightly without being too vivid.

As Rebirth opens it’s just been announced to the world that Central City’s Flash has returned, with few other than superhero colleagues knowing he’s also Barry, for whom separate excuses are required. His return is due to the nebulous energy of the Speed Force, partitioned among all super speedsters, yet capable of sucking them into it to redistribute energy, and that’s what seems to be happening to enable Barry’s restored life. Johns juggles this present day problem with a look back into the past. A neat scene explains Barry dressing as he did in the 1950s, explaining the bow tie, yet Johns finds elements of the past not properly explored, and the plot he introduces about Barry’s mother being murdered would later be carried forward to the Flash TV series.

While an exhaustive run through of Barry’s past, this isn’t as successful as Green Lantern: Rebirth as it concentrates too much on pleasing people who grew up reading Barry as Flash and too little on those who’ve been Flash readers since. Several scenes make little sense without knowing Barry’s backstory, a death opening the third chapter for one, and most importantly the motivations of Reverse Flash. He’s supposed to come across as a manaic, and does, but why? That brings us back to the topic of aiming to please one segment of the audience, the people who know his background from earlier stories, because it’s not adequately explained here. A few pages bolstering Reverse Flash’s credentials would have improved Rebirth no end, perhaps sacrificing the pages at the end catching up on people associated with Barry, until then not seen. Reverse Flash is the cause of further problems. Even with the dubious explanation of his creating a form of Reverse Speed Force, why can’t half a dozen speedsters sharing the same equivalent speed put him down?

Johns usually locks his plots together tighter, but he is a top class superhero writer, which makes Rebirth still a thrilling and fast-paced read packed with nice nods to the past. It just could have been better. 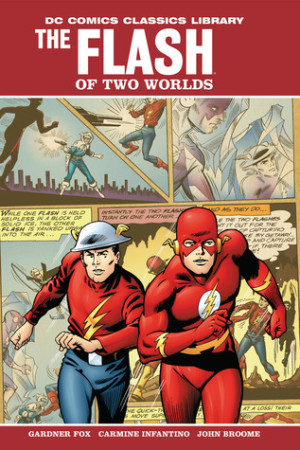