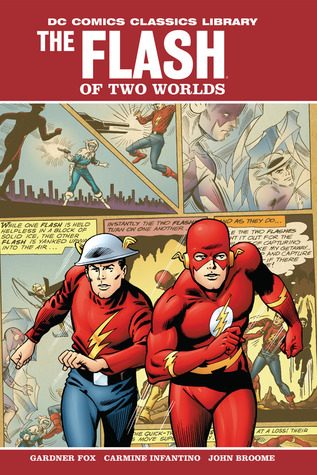 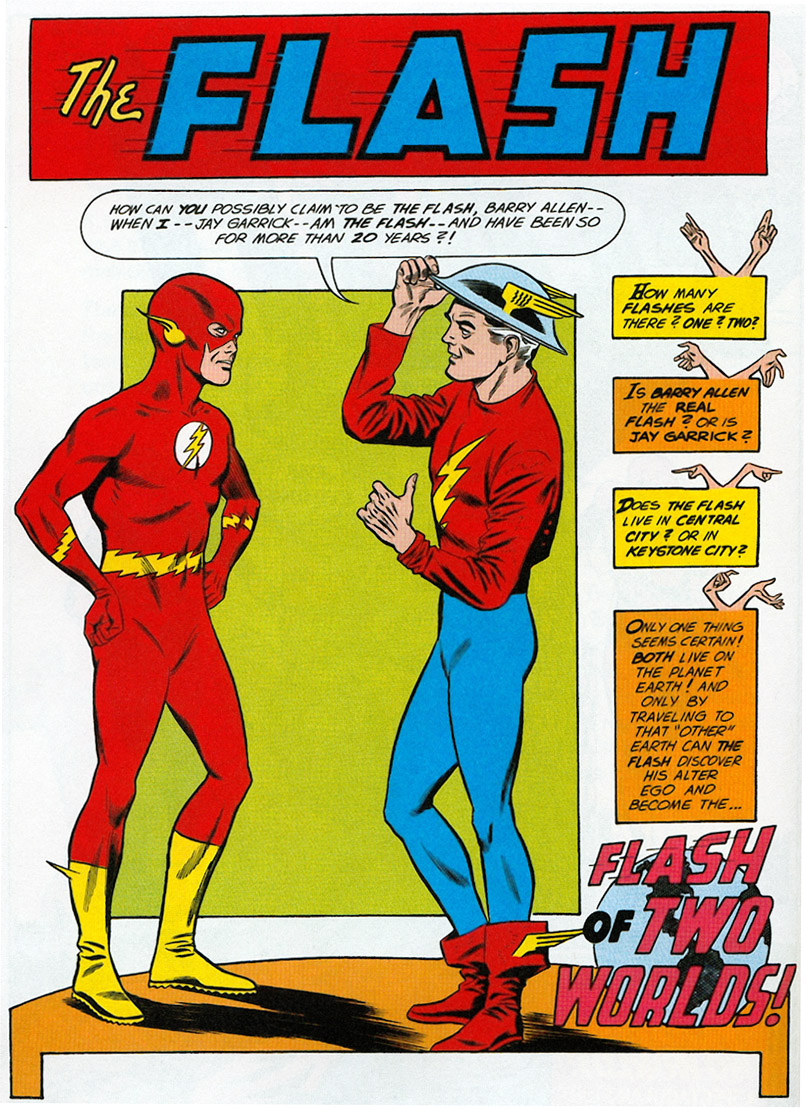 The story after which this collection is titled retains a great fondness for comic fans aged over fifty. When it was originally published in 1961 the readers included a considerable number who recalled the exploits of the original Flash in the 1940s and longed for his return. Even those unfamiliar with Barry Allen’s predecessor could appreciate the sense of occasion as he altered his vibrational frequency and ended up on an Earth like his own, but where there was a Keystone City in place of his hometown Central City, and a Flash he’d read about in comics when younger. This clever move instituted even greater reader identification with the then present day Flash, and the alternate world was named Earth Two.

The importance of the story seeped down to younger fans, and for those not around to read it in 1961, in an era before widespread republication, it became a legendary item. The desirability is difficult to convey in an era when pretty well any comic is available to anyone with a computer or cellphone. It spread further, and begat the Justice League teaming with the Justice Society, and the ripple effects of its legacy are still being exploited by DC.

It remains a sprightly piece of work on the part of writer Gardner Fox, if allowing for the changing fashions of comic writing. The characterisation is all surface, but the plotting tight, even if the villains now come across as faintly ridiculous.

A single issue does not a hardback reprint collection make, however, so we are also presented with the sequels. With the first teaming occurring on Earth Two and both Flashes teaming to fight the villains of that world, the reverse is true next time the pair met, as they take on Captain Cold and the Trickster. After that it’s back to Earth Two and Vandal Savage trapping members of the Justice Society, then magician from the future Abra-Kadabra turning Flash blind. It’s very much a case of diminishing returns, with the sparkle and wonder rapidly being erased as the pages turn.

Everything is drawn by Carmine Infantino, whose crisp style with its kinetic figures and sparse, futuristic backgrounds was the height of modernity on publication. It’s now passed through the passe stage to emerge as a charming retro-futurist rendition. Allowing for the variations of inking by Joe Giella and Sid Greene, it alters remarkably little between 1961 and 1965, but the final story from 1967 showcases a deliberately different approach, with more close-ups and a villain resembling the later design of Marvel’s Warlock. This is the sole story written by John Broome, and as uninspired as most of the remainder.

With the lavish hardcover presentation DC are clearly aiming this at older fans whose budget didn’t quite stretch to the $50 for Flash Archives 4, where ‘Flash of Two Worlds’ had previously been reprinted on gloss pages. Those of them able to channel their childhoods will find much to rekindle here, but sadly, to anyone else it will just be a period piece.