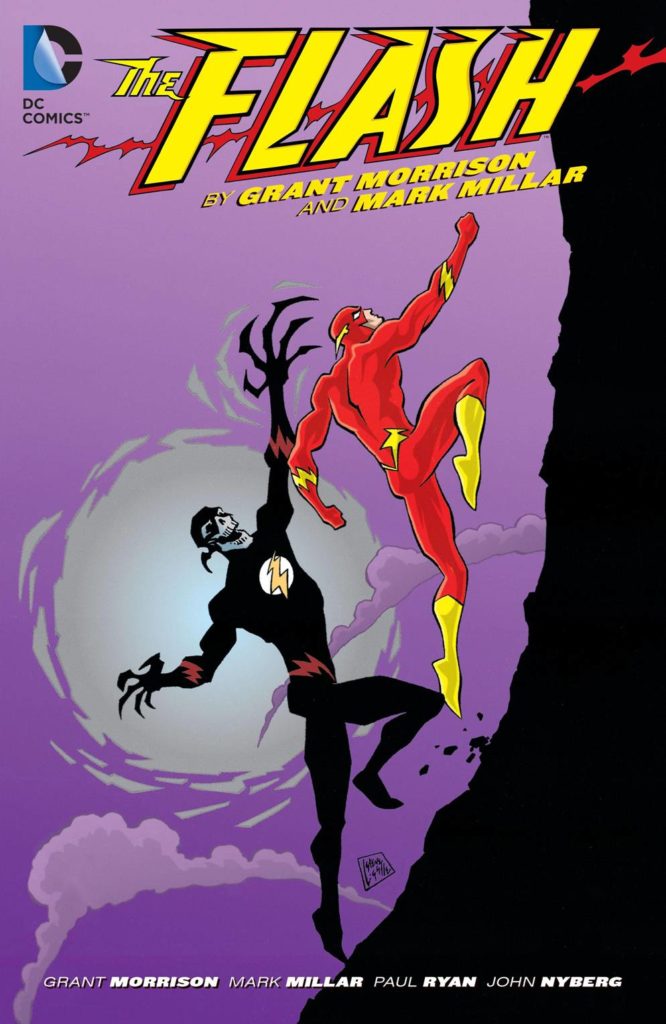 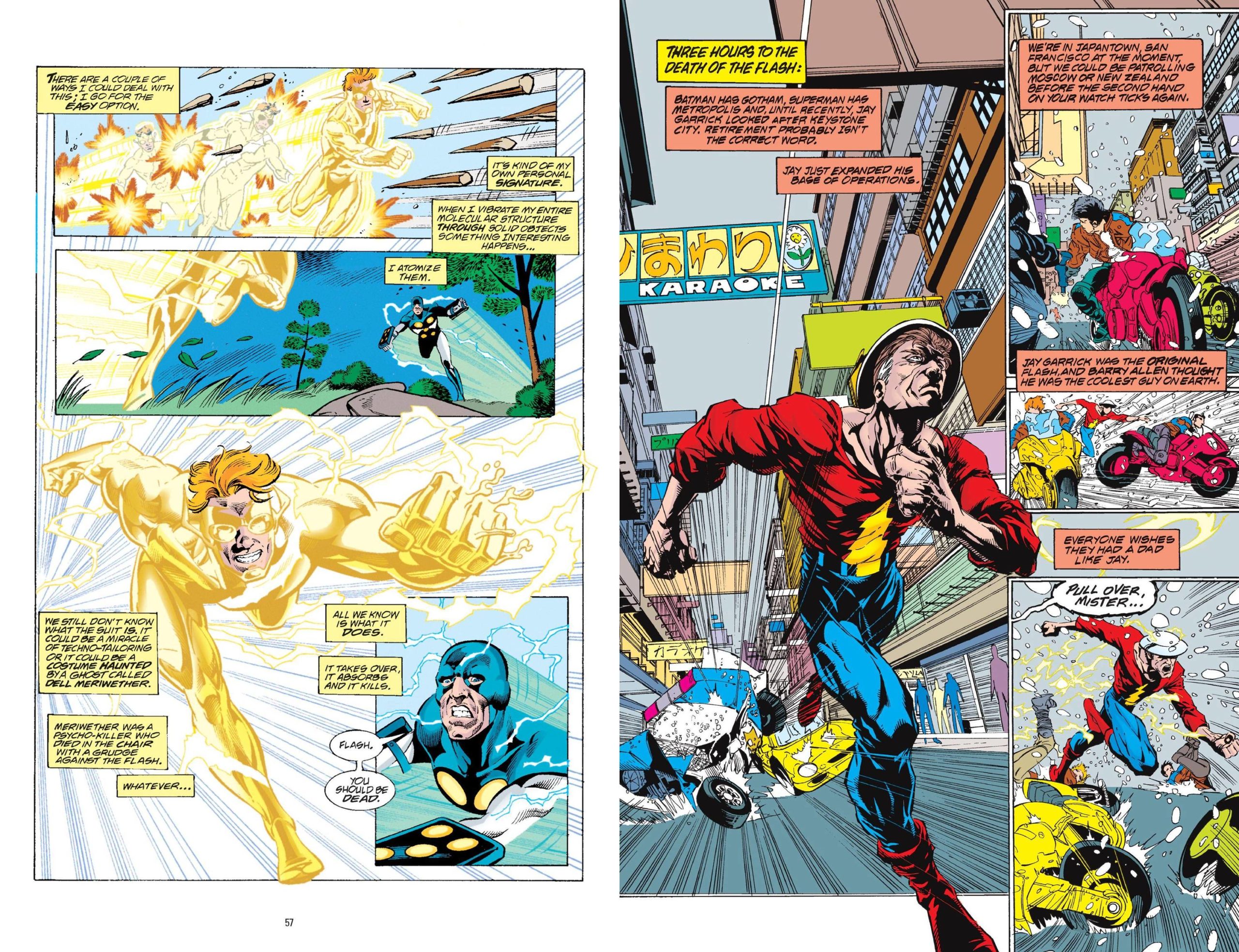 It was a short-lived combination and now so long ago, that there’s a tendency to completely forget that then established writer Grant Morrison and talented tyro Mark Millar spent a period collaborating on all their comics writing. Part of that was a twelve issue stint writing the Wally West version of Flash, nine together, the final story by Millar alone.

These stories were previously collected as Emergency Stop and The Human Race, and they’re generally inventive and thrilling, but the art hasn’t aged well. Paul Ryan provides standard superhero pages, thankfully not taking on board the stylistic excess of the era, but while his storytelling is exemplary there’s no great imagination. Perhaps it’s coincidence, but it’s notable that a story produced after six chapters of Ryan’s art is something that draws him considerably out of his comfort zone, and his pages look better for that. Pop Mhan’s closing chapters are far more visually stimulating as he strives to show us a different version of how the world would be at super speed. He distorts his figures to achieve this effect, but there’s a lack of consistency, so it’s not always ideal, yet the ambition makes his art interesting.

Morrison and Millar vary the types of stories they run switching from homage, to sentimentality to all-out desperate thriller, but there’s something to recommend all of them. The effects of ageing on the once supremely powerful provides the best short story, as the earliest Flash, Jay Garrick, attempts to save the life of an old villain he fought, while the constant reinvention of ‘The Human Race’ over three chapters will surely also meet expectations. Millar’s solo closer drops the quality bar slightly, but there are strong pointers to the commercial superhero writer he’d become. He also provides a neat variation on the tired theme of the writer with writer’s block and ten pages to deliver, the magician revealing how the trick is done. It’s self-indulgent, but good humoured.

‘Three of a Kind’ teams Wally with the Kyle Rayner Green Lantern and the Connor Hawke Green Arrow, and the first two chapters account for the other creators named above the review, omitted when only the conclusion was published in Emergency Stop. The Flash chapter is by far the best, a courtroom drama instead of a standard slugfest, and one that subverts the previous instalments while also remaining true to them. A smarmy lawyer provides a better opponent than the villains over the earlier chapters, built up by the Flash recognising him as “the first man Lex Luthor called the one and only time he was arrested”, noting “Weinstein had him out in ten minutes”.

While not all the art stands the test of time, there’s enough conceptual intelligence to admire, ensuring these stories remain readable many years later, and this is a better package than the previous splitting of Morrison and Millar’s Flash over two collections.