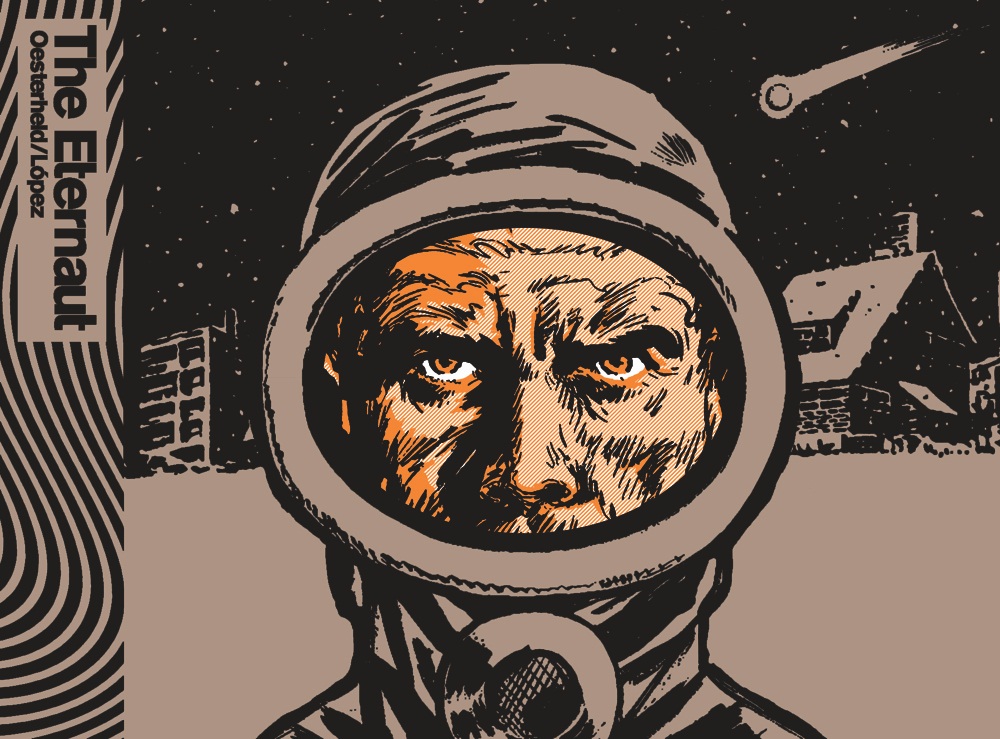 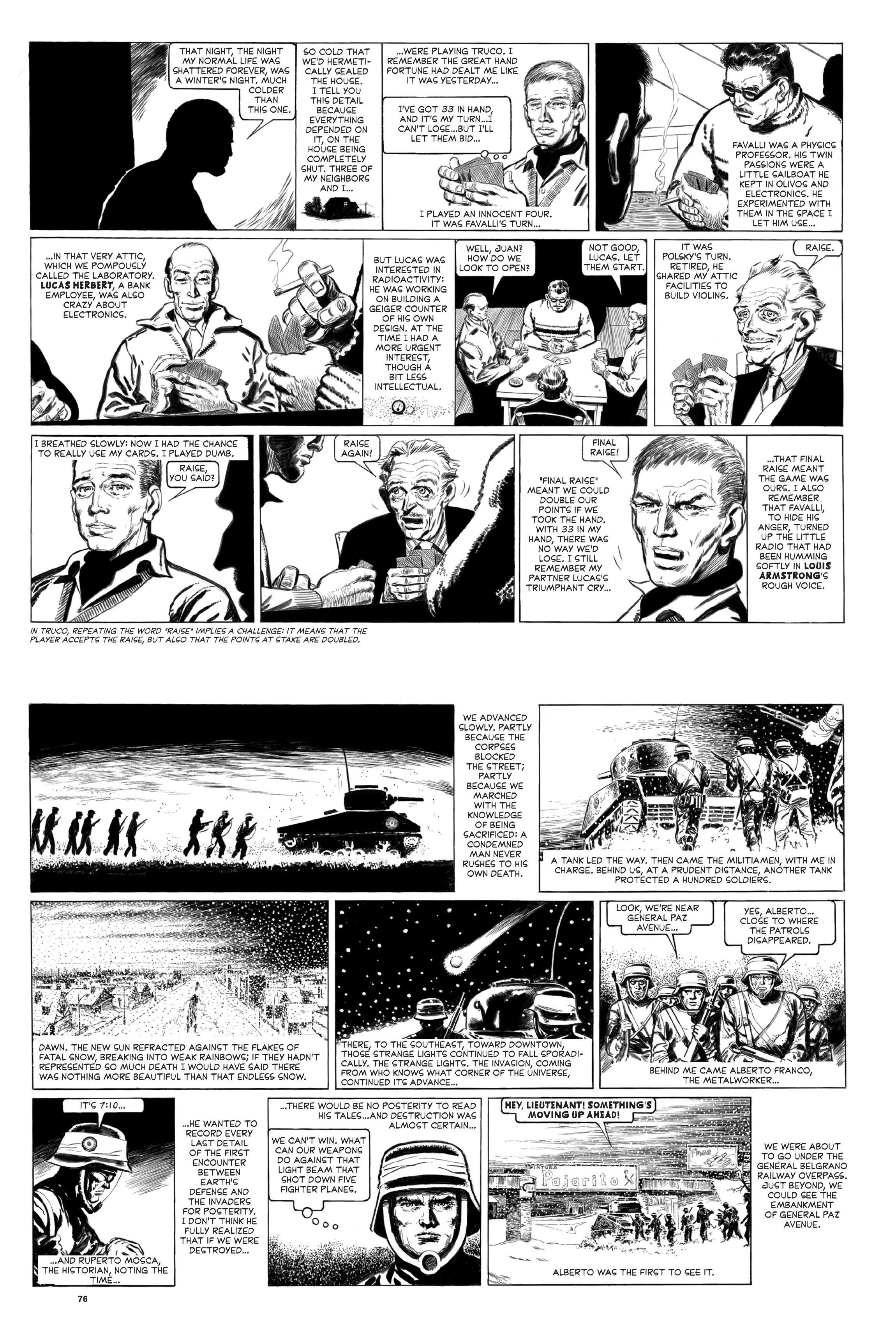 The Eternaut has a formidable reputation, not just in Argentina where it was first serialised between 1957 and 1959, but in large swathes of the non-English speaking world. This is a very welcome first cohesive English translation.

There’s a deliberately ordinary introduction to Héctor Germán Oesterheld and Francisco Solano López’s monumental excursion. A group of men sit in a suburban Buenos Aires attic playing cards, observing snow fall outside, an incredible sight only once previously recorded in the city. Anyone touched by the snow dies, horribly confirmed when one of their party rushes outside. Communications and power go out, and there’s the stunning consideration that many people they know are already dead. The skills those at the house share between them result in the construction of a protective suit enabling Juan to go outside, and the distinctive image of that home-made suit has become iconic. It appears to this day in Argentinian murals, grafitti, and pop art.

Much weight is attached to The Eternaut as political allegory, but rather than considering that  appreciate it as a cracking adventure. An opening in-depth contemplation of basic survival escalates into a long guerilla war campaign against an immensely powerful alien enemy first unknown, and never entirely revealed. It abounds with solid ideas from the construction of the home-made suits onward, and while Juan and Favalli carry the bulk of the book, Oesterheld ensures there’s no standard viewpoint representing humanity, and the discussions about options in the earliest pages represent the continuing approach. The thought of this over three hundred pages may appear formidable, but Oesterheld never sets the attention drifting, constantly introducing new threats or mysteries. While there are science fiction trappings, the bulk of the book perpetuates a constant sense of foreboding horror. This aspect is the best of a fine story, as in facing the unknown time and again fewer and fewer humans have to adapt to new terrors thrown at them. Memorable scenes are frequent, be they due to an admirable plot twist, a philosophical consideration or something as mundane as appreciation of a teapot in terms of art.

Solano López had developed his illustrative style considerably by the time he become known to English language readers, and elements of that are beginning to break through by the end, but for the most part there’s a delicacy and naturalism he later evolved into a shorthand version. Images of a tank leading silhouetted men recur, and in every case the detail for a panel over which the eye skims for a second is stunning. The same applies to locations still present today, and he distinguishes his cast well, as they change slightly as circumstances shape them, in particular the knowledgeable Favalli.

The Eternaut is a story about resistance to seemingly unbeatable forces, highlighting an indomitable spirit of adaptability and desire for survival among humanity. This isn’t American style individual heroics, but collective, hence the political allegory. Mid-20th century Argentina was ruled by a succession of dictators, and Oesterheld’s plot skims around that frequently, but with plausible deniability. Pick this up and you’re unlikely to put it down. It’s a work of greatness that’s every bit as fabulous, tense and plain thrilling as it was in the late 1950s.

In 1969 with Argentina still experiencing political instability, Oesteheld revisited his concerns with The Eternaut 1969. 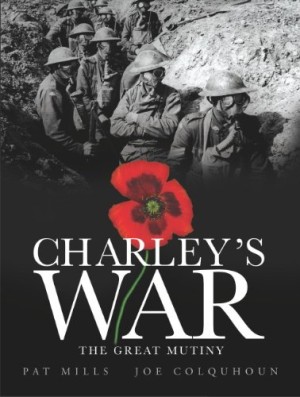