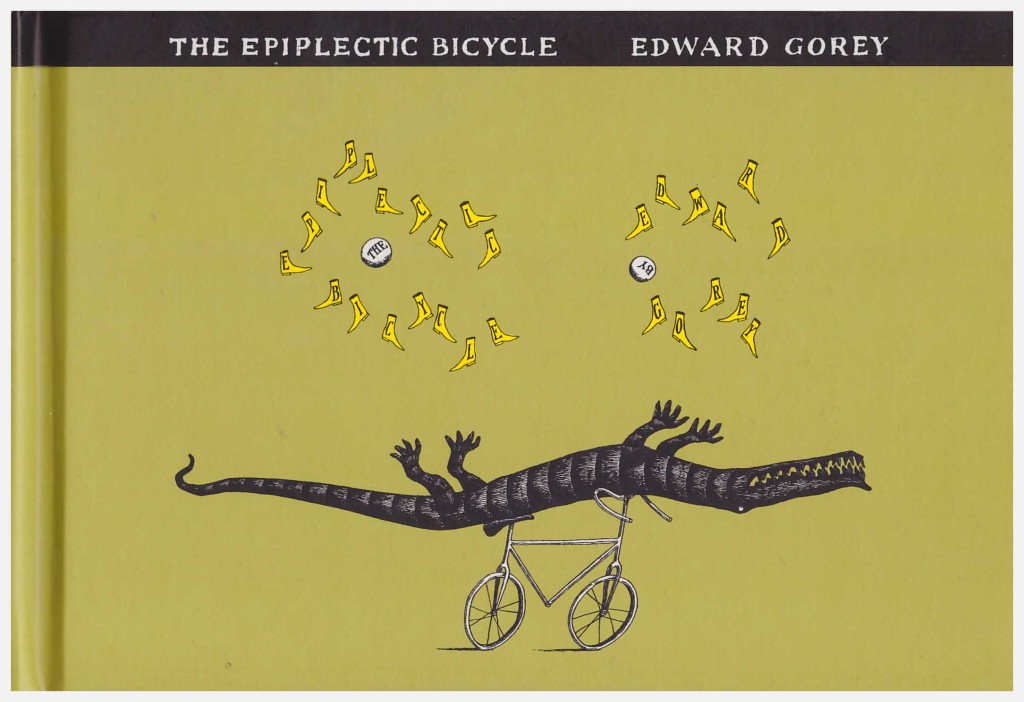 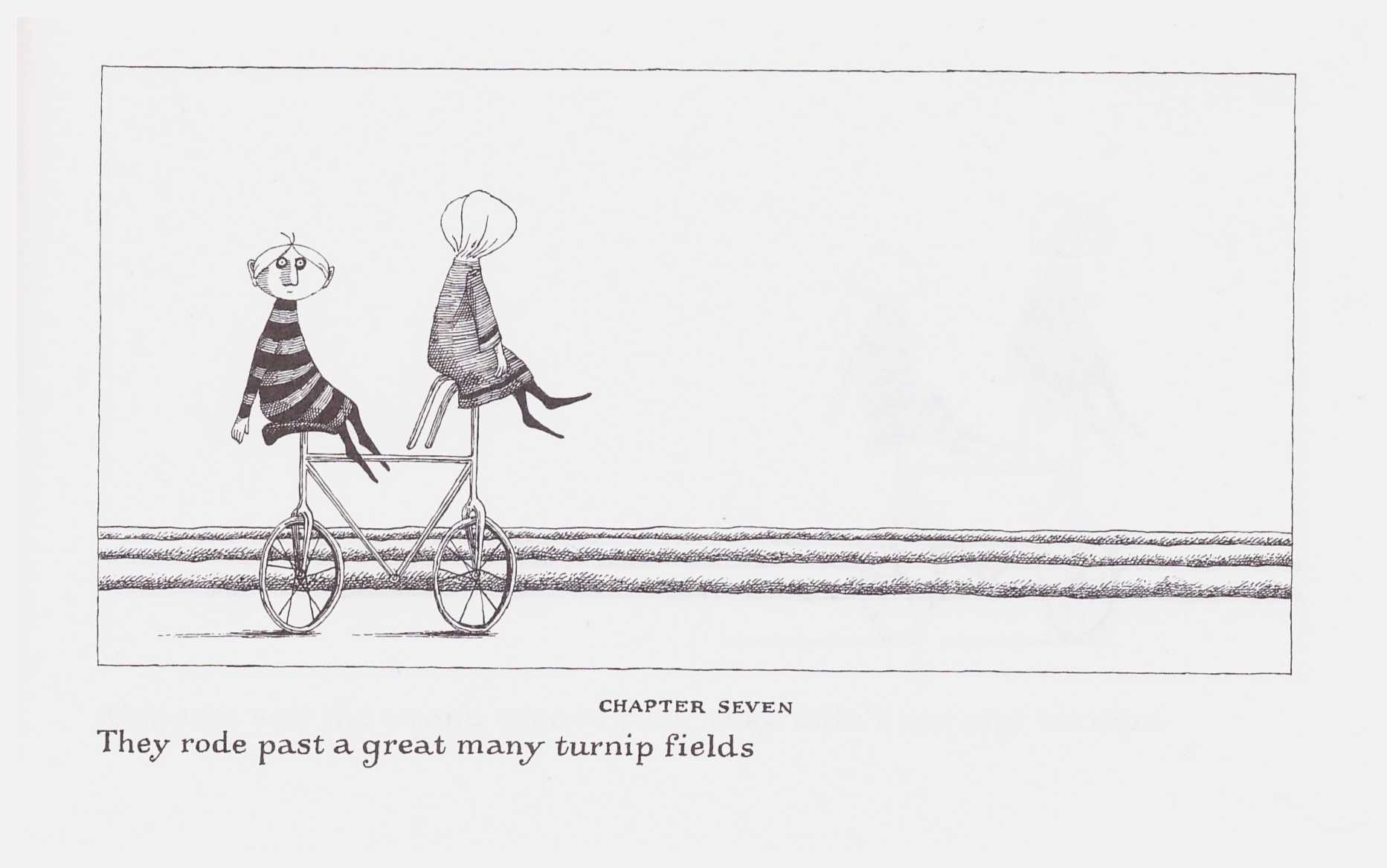 Edward Gorey’s gruesome and whimsical nonsense stories have entertained generations, and since 1998 Bloomsbury in the UK and Houghton Mifflin in the USA have been sporadically re-issuing his output in attractively designed small hardcover books. The Epiplectic Bicycle dates from 1969, and was one of the first re-issues in 1998.

Gorey was so prolific that selecting the best of his work is difficult task, but The Epiplectic Bicycle is very highly regarded by those who’ve studied his output. A prologue reading “It was the day after Tuesday and the day before Wednesday” places us in surrealistic territory, and this is immediately confirmed by the introduction of bickering siblings named Embley and Yewbert. They’re distracted from hitting each other with croquet mallets by the appearance of “an untenanted bicycle”, instantly the cause of further violence.

When both are on the bicycle it sets off on a journey. This is simultaneously precarious and spiritual, and we eventually discover why the bicycle is epiplectic. It’s compact, precise and satisfying.

Even in comparison with other Gorey work The Epiplectic Bicycle is very much stripped down to the minimum, both illustratively and textually. The thirty pages conform to Gorey’s usual template, each featuring a single illustration, and are separated into chapters. Although the chapter numbers escalate, many are missing. It’s a clever device, seemingly capricious, yet with possible later relevance given the outcome. The illustrations are sparse, yet precise, and beautifully composed.

For those who’d prefer to gorge on Gorey, The Epiplectic Bicycle is accompanied by sixteen further succinct masterpieces within Amphigorey Also. Some, however, may feel the carefully cultivated tone is lost by presenting four illustrations across a spread rather than one per spread as here.