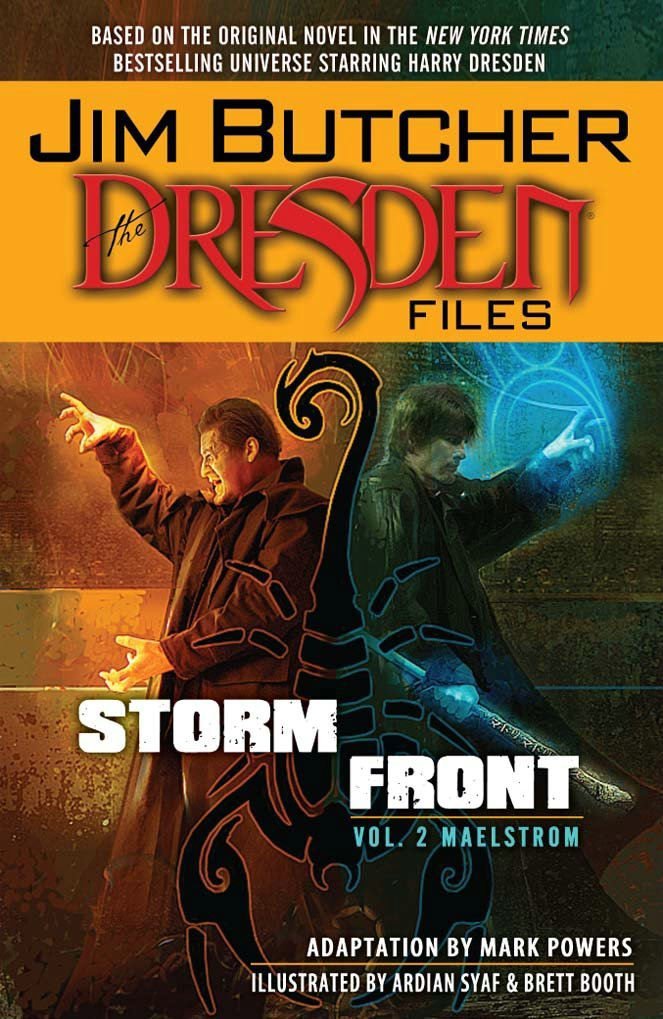 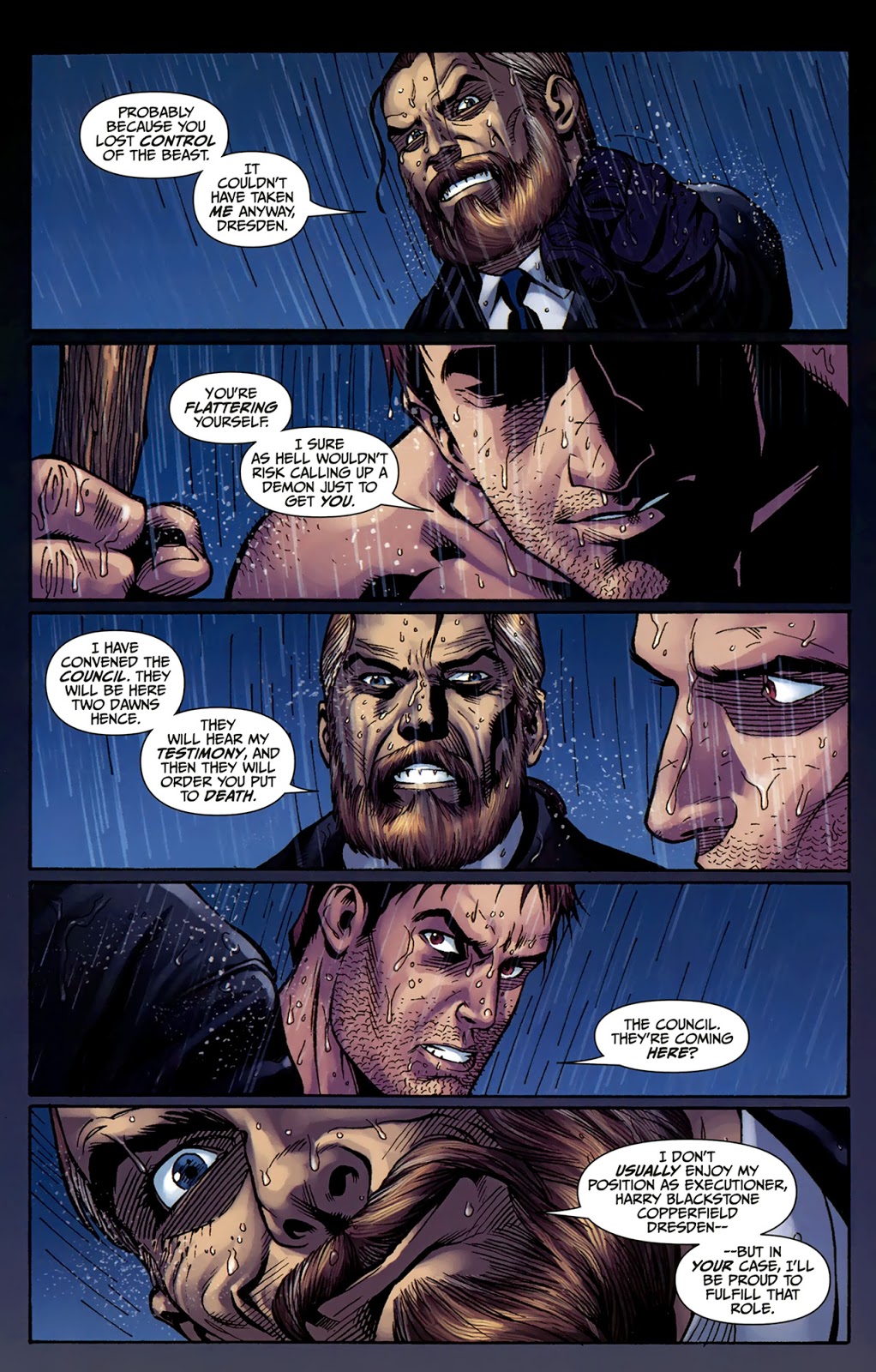 Storm Front is the first of Jim Butcher’s Harry Dresden novels, with Butcher handling the hardcover graphic novel adaptation along with Mark Powers. The Gathering Storm introduced Dresden as a wizard private detective who knows what he’s doing when it comes to dealing with the likes of demons, faeries and vampires, but looks to have been framed for two murders requiring considerable magical expertise. This matters because he’s already on a warning from the White Council, supervisors of the arcane world, and their enforcer is very keen to see Dresden finished.

Butcher’s plot is a clever one. He’s established the odds are against Dresden, and Maelstrom’s opening chapter is a succession of events showing Dresden attempting to do the right thing, yet at every step being dragged further down. His only certainty is that despite the involvement of some dangerous and secretive people on the periphery, he is the target. Butcher and Powers pace this well, and it comes as quite the surprise when they return to the second case Dresden’s been investigating, indicating how the attention has been captivated by their main plot. This introduces more intriguing capabilities.

Whatever the quality of the adaptation, it’s considerably dragged down by Ardian Syaf’s unimaginative art. He tells too much of the story in close-up, only rarely moving the viewpoint out to three-quarter figure, and he makes little effort with backgrounds, or any emotion beyond anger. It combines for dull looking pages. Dresden’s world might be unpleasant, but it’s fantastic compared to ours, yet Syaf fails to bring that out, and as Maelstrom continues his figures become looser and sloppier.

While Maelstom’s plot works, the weak spots are generally Butcher slotting in unconnected events to slightly flesh out the novels, and primary among these is Donald Morgan, the White Council’s enforcer. His motivations are crying out for some explanation after three graphic novels. He’s turned up in each of them, a figure of seething rage determined to blame Dresden for events he’s not responsible for, yet there’s no credible reasion for this irrational hatred, and there needs to be for the character to work.

A final battle is inevitable, and is nowhere near as good as it ought to be due to the lack of variety to Syaf’s art, which is a shame, as there are some surprising twists to it. The Dresden Files continue with a two part adaptation of the second novel, Full Moon. As an alternative to these hardback productions, the first five Dresden graphic novels are collected in an Omnibus.