The Dresden Files Omnibus Volume One 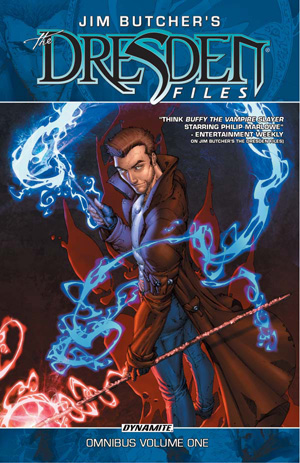 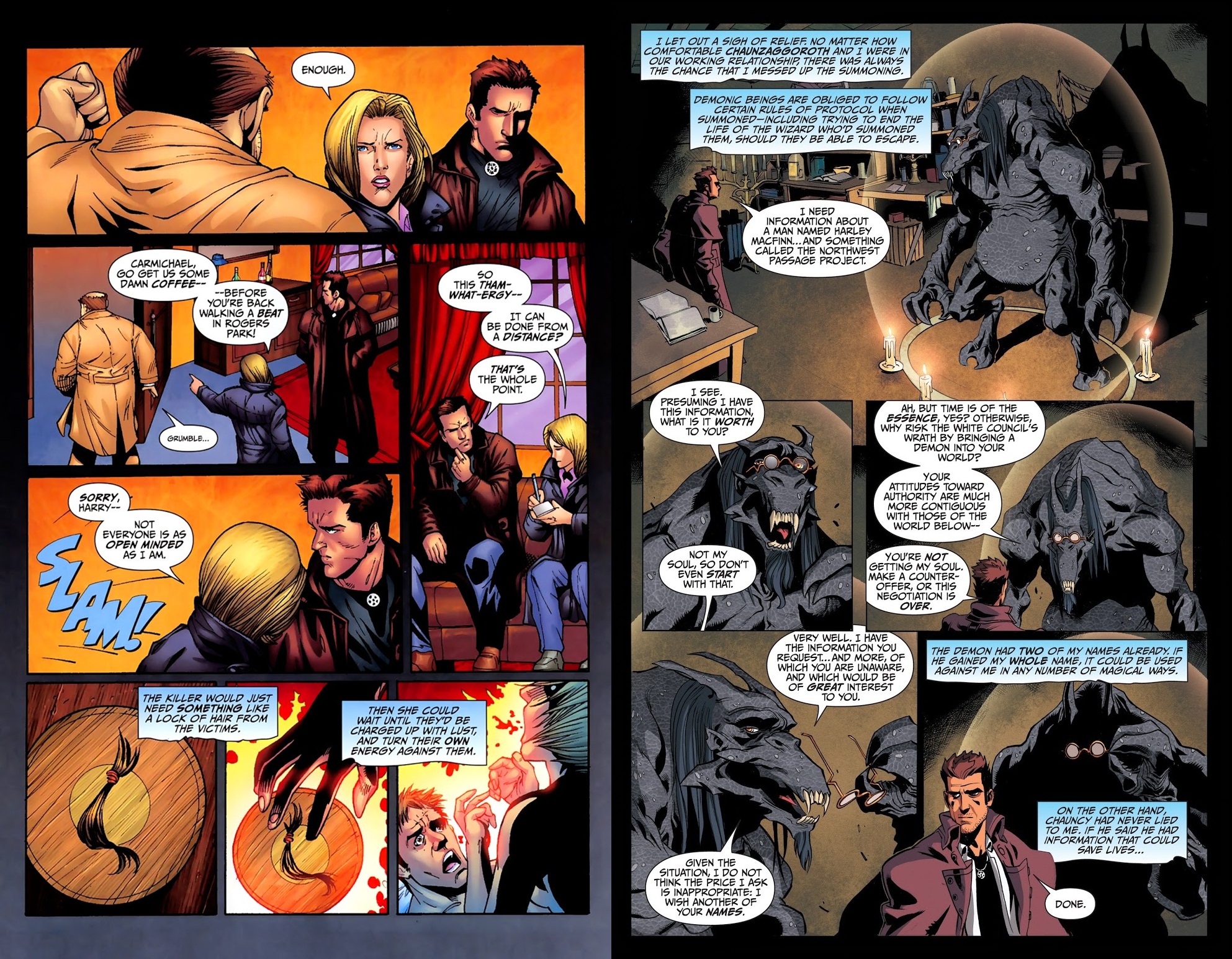 This paperback Omnibus is an alternative to buying the first five Dresden Files graphic novels, which were published in hardback. Welcome to the Jungle is an original story set before Harry Dresden’s chronological bow in the novel Storm Front. That was adapted over two graphic novels, as was the next book, Full Moon. Dresden’s creator Jim Butcher is heavily involved, writing the first story alone, and collaborating with Mark Powers for the adaptations.

All that should be very enticing for any fans of Butcher’s wizard investigator, but any joy will surely be downgraded on seeing the art. The prologue story was Ardian Syaf’s first comic work, and although the talent is there, the imagination is absent. He reduces what should be Dresden’s thrilling world to pages of head and shoulders shots, only rarely varying the distance of the viewpoint, can’t be bothered with any background detail, nor can he deliver any emotion other than anger. It all combines to make Dresden’s world extremely dull when it ought to be viscerally thrilling. Chase Conley takes over for ‘Full Moon’, and is initially a great improvement, varying the page layouts, making sure the locations look good and providing a more lived-in look for the cast. There’s some odd shading, but until the halfway point that’s only a minor quibble. Beyond that Chase is no longer able to ink his own work, and is even having problems completing the pencilling by an extraordinarily rushed final chapter, and the art quality nosedives again.

For anyone who’s already read the first two Dresden novels, the inducement will be the Butcher story about Dresden in earlier days. There are a couple of nice jokes, such as his trademark Volkswagen Beetle still being in pristine condition, but Butcher over-writes, perhaps wisely trusting little to Syaf’s art. It’s an early introduction for police detective Karrin Murphy, whose begrudging working relationship with Dresden continues throughout the series, and the problem at hand is an important person that’s seemingly been murdered by a gorilla. This is long before the days of the White Court and assorted other supernatural complications, so Dresden fans may enjoy the refreshing simplicity.

Major reservations about the art apart, the two novels are well adapted by the writers. The first transfers the uncertainty of a new author not yet entirely sure of what his character should be, but by the second the main cast are slotted into familiar roles, the pacing has improved, and the addition of Chicago crime boss Johnny Marcone broadens the possibilities. It’s also established that Dresden may be a wizard, but he’s not all powerful, and part of convincing that he is requires considerable preparation. Conley draws some nice werewolves, and until the art falls to pieces, ‘Full Moon’ reads very nicely.

Dynamite persisted with the Dresden Files, and the second Omnibus is where things pick up. 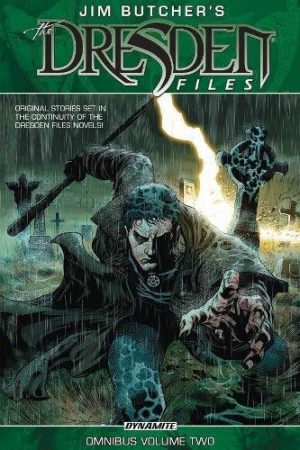