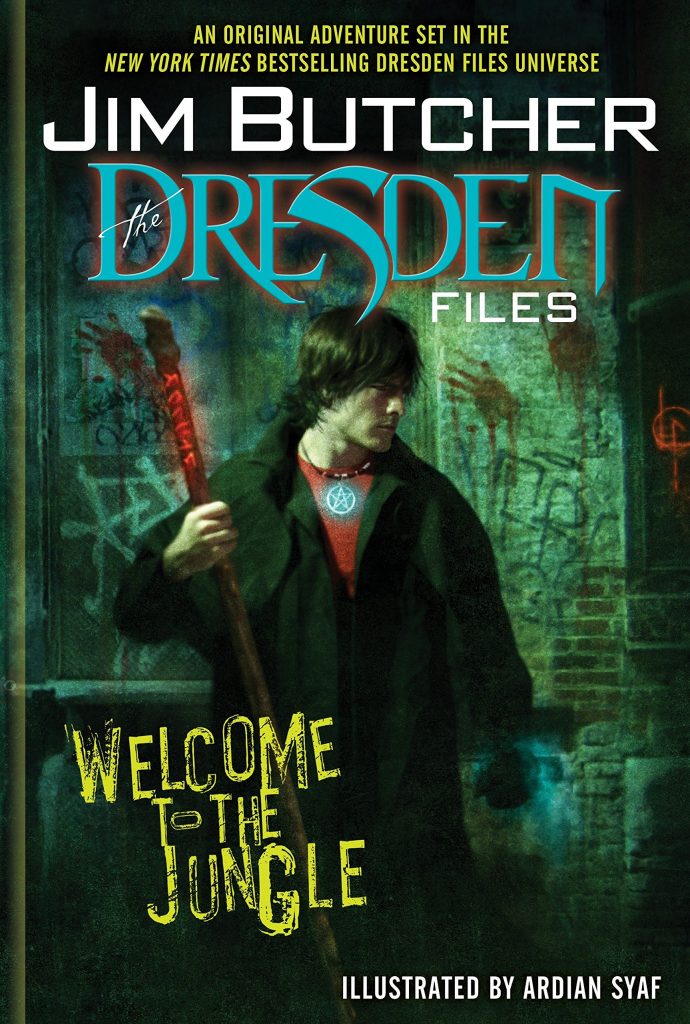 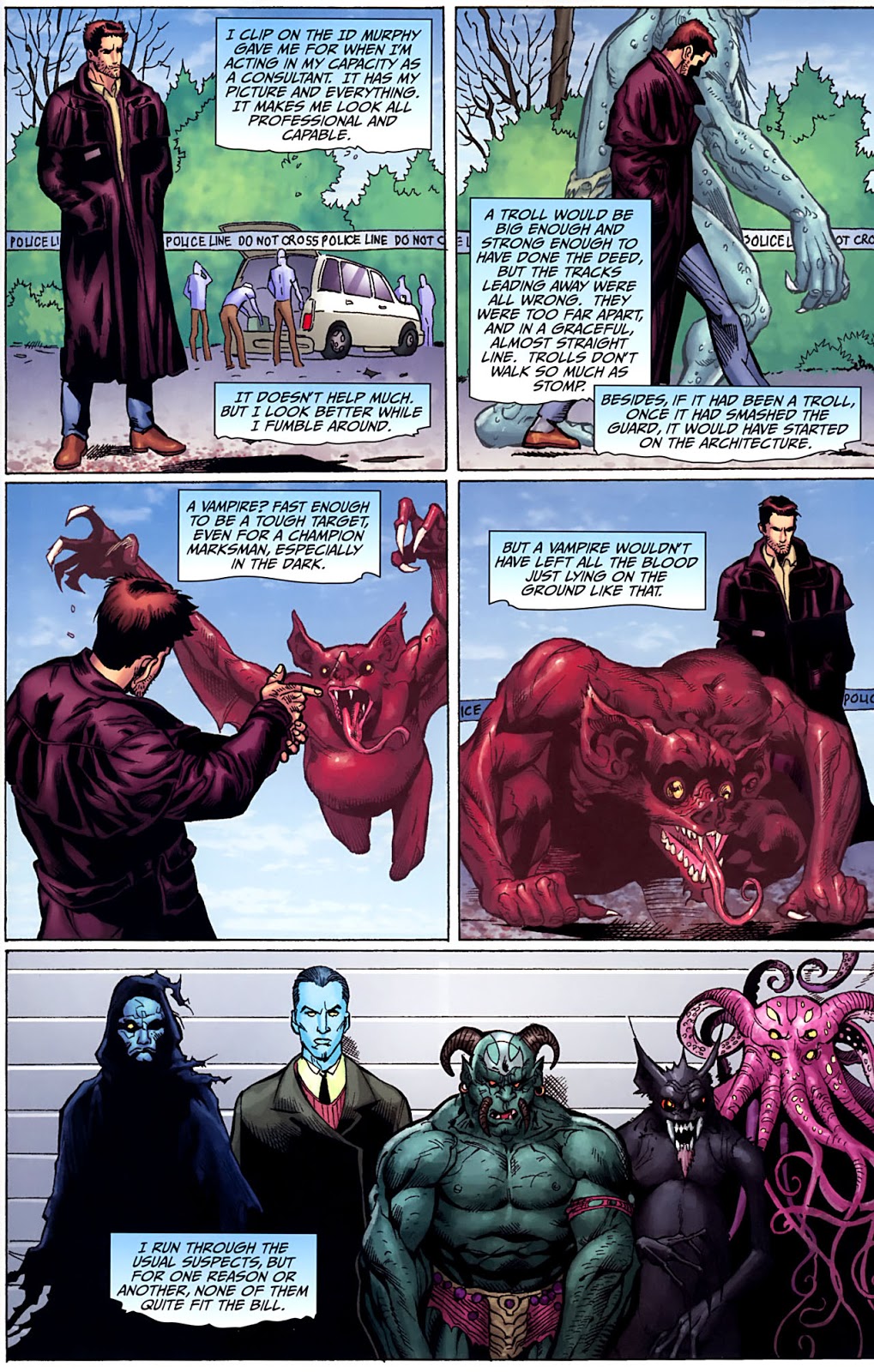 Jim Butcher published his first Harry Dresden novel, Storm Front, in 2000, and between then and 2105 kept up a publication rate averaging a novel year. They were an instant success, developing a broad following, and established Chicago’s Consulting Wizard. Unlike most other graphic novel adaptations of successful Fantasy and SF novels, Butcher invests heavily in the project, seeing an opportunity to expand on certain story aspects as well as bring his fantasy to a new medium. His hands on approach is exemplified by his writing this first graphic novel himself, a prequel to the Dresden series.

Dresden works in a Chicago where most live a normal life, unaware of the supernatural incursions occasionally taking place, yet to the few magic is normal, and supernatural creatures are known. Think of Dresden as a more charming John Constantine. He’s sometimes employed by the police, most commonly detective Karrin Murphy. She has to work within what’s politically palatable, while knowing there’s a wider world, so when the son of a city dignitary is murdered at the zoo and the suspect appears to be a gorilla, Dresden is called in. Among hostile staff and danger from the animals themselves it doesn’t take long for him to run into trouble.

Like many novelists switching to comics, Butcher over-writes, keeping up an internal narrative not entirely necessary, but he works the plot the same way he does his novels, with Dresden persistent in talking to people and in discovering what they’d prefer stays hidden. He’s capable, but not infallible, and that’s his charm. In addition to the police, Butcher provides earlier glimpses at a couple of other characters from the novels, although the flashback to Dresden’s foster father is clumsy and not required.

Welcome to the Jungle was artist Ardian Syaf’s big break, and while the basic talent is on display, so is the lack of experience. He draws much of the story with the viewpoint closed in on characters and events, when it’s just crying out for the impact some distance would bring, and for the world building detail. He draws great slavering beasts, and a couple of establishing shots of teeth on display impress, but Syaf never varies the method, and he’s also not great at drawing Dresden’s classic Volkswagen Beetle, delivering a version that’s squashed by the panel borders. Amusingly, though, and dating the story, the car’s still all blue rather than fitted with the multicoloured replacement panels of later in the series.

This is unlikely to convert anyone not already deeply involved with Dresden and his world. It needs more originality, and the novel aspects that are present needed to be brought out more. Butcher’s on more familiar territory with the next graphic novel as he adapts the first Dresden story, Storm Front. Both are collected in paperback along with the following Full Moon in the first paerback Omnibus. 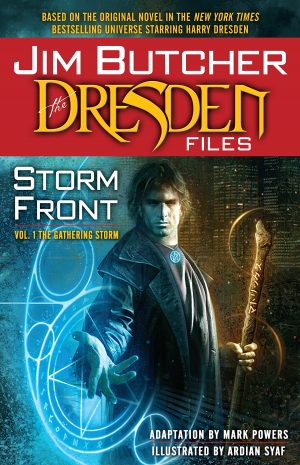 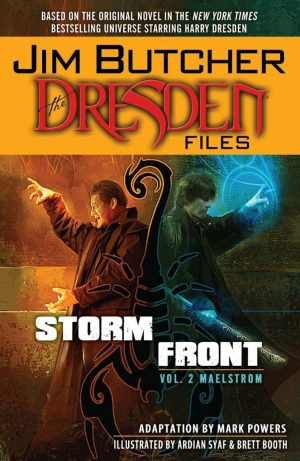 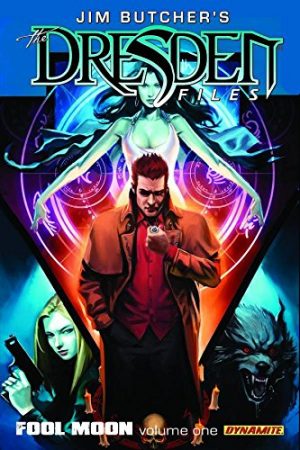 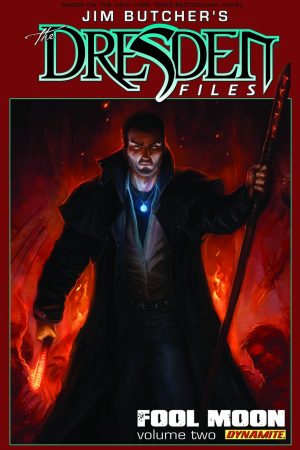