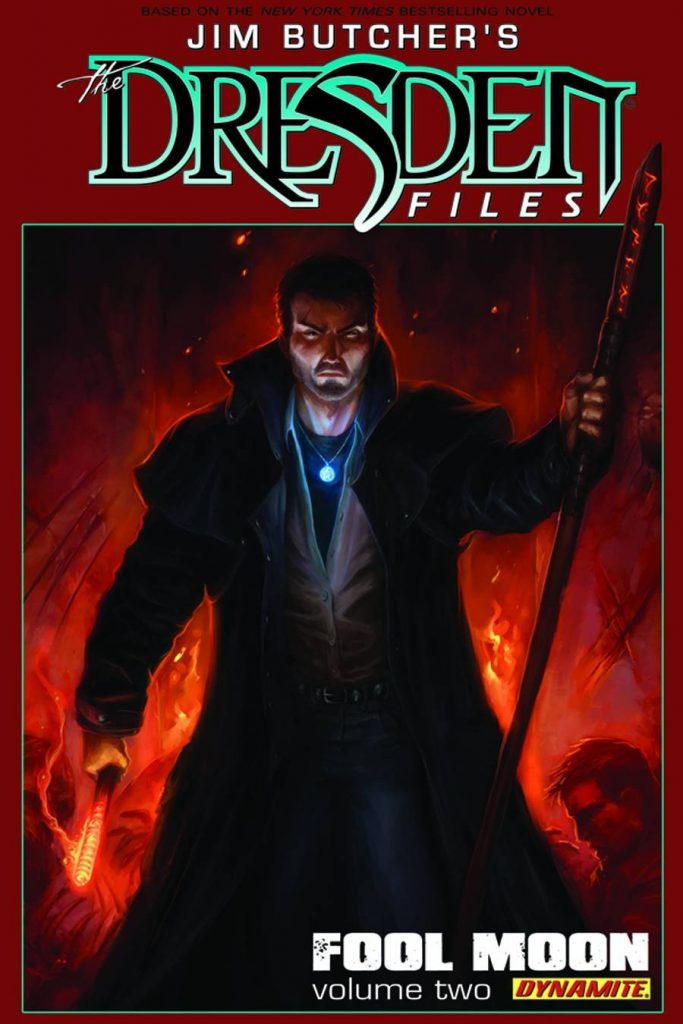 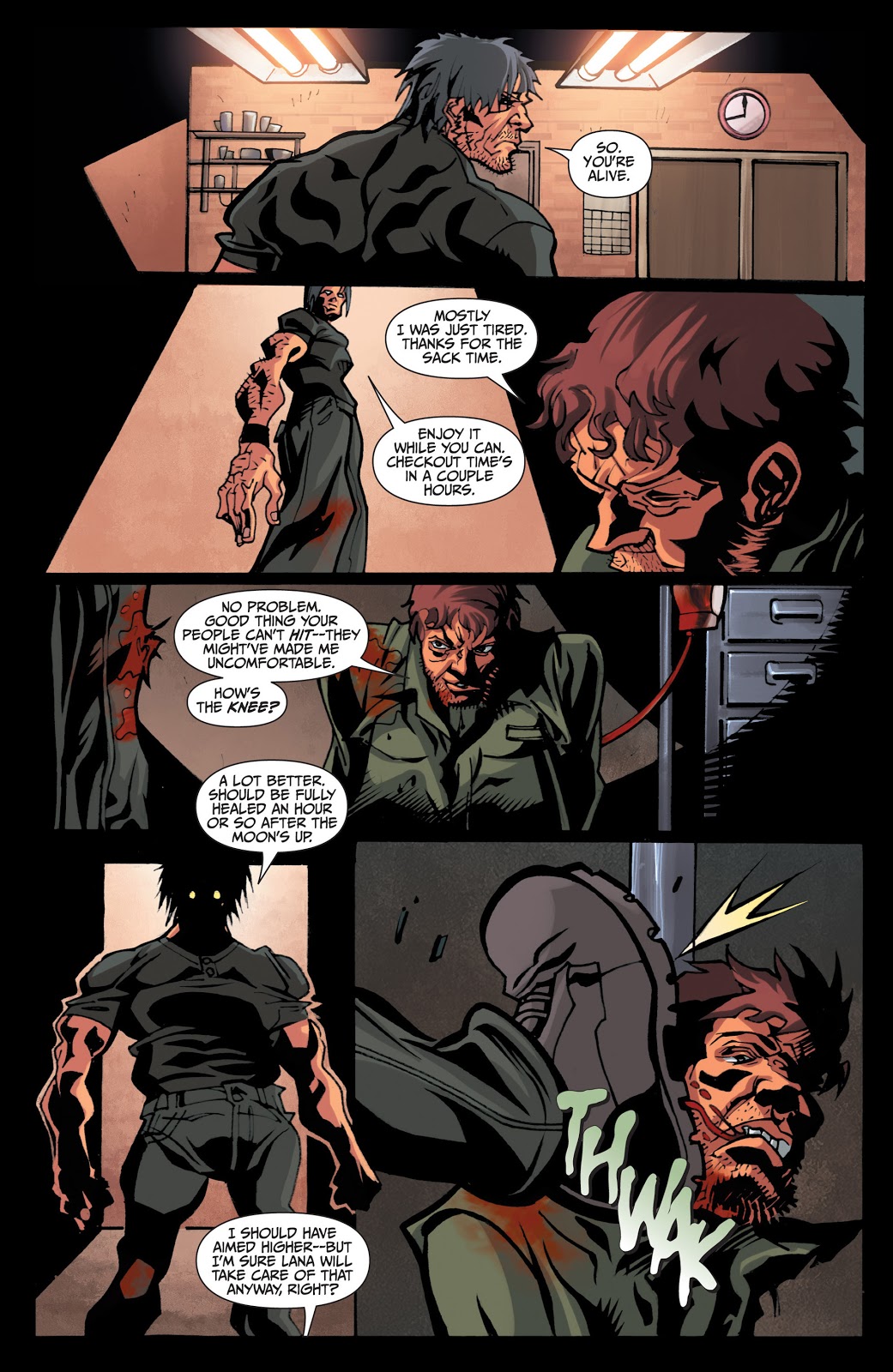 At this halfway point adapting Jim Butcher’s Full Moon novel, things aren’t going well for Harry Dresden. A friend has died, it remains to be seen whether he’s fatally compromised his relationship with one of the few police detectives who trusts him, he’s further rubbed up Chicago’s crime boss the wrong way, and there’s some werewolves baying for more blood.

Chase Conley’s art was a welcome improvement for the series on the first part of Full Moon, but handing over the inking to Nick Nix is a major mistake. Conley added much of his polish at the inking stage, and without that the art is very ordinary, lacking detail, with strange figures and expressions. As the sample page shows, it’s not pretty, as the cartoon aspects of Conley’s style are exaggerated to distortion.

Butcher’s novel introduced a fair amount of characters that he and Mark Powers transferred to the first volume of this adaptation, and the relationships between them are clarified here, in what’s a satisfyingly twisting conclusion. It takes until the penultimate chapter for everything to fall into place for Dresden, and once he has the understanding it’s still far from easy to do what has to be done and still come out with his skin intact. There’s a well plotted conclusion with plenty of surprises, and it would be thrilling were the art not so lacklustre.

Full Moon is the final adaptation of The Dresden Files novels to date, and can also be found with the preceding Storm Front in an Omnibus paperback edition. With Ghoul Goblin Butcher and Powers begin a run of original stories set between those novels. 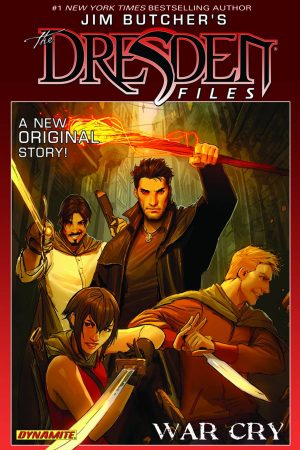 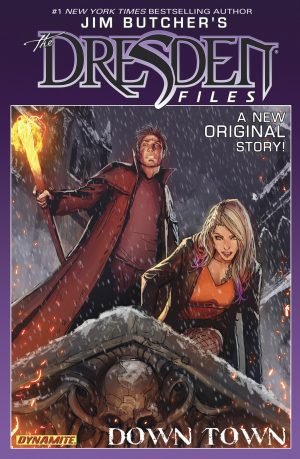 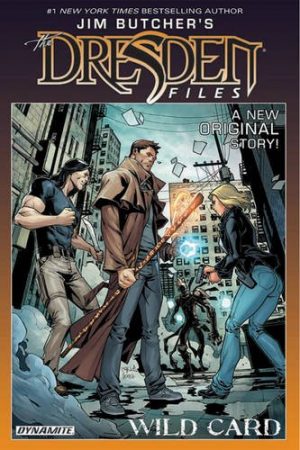