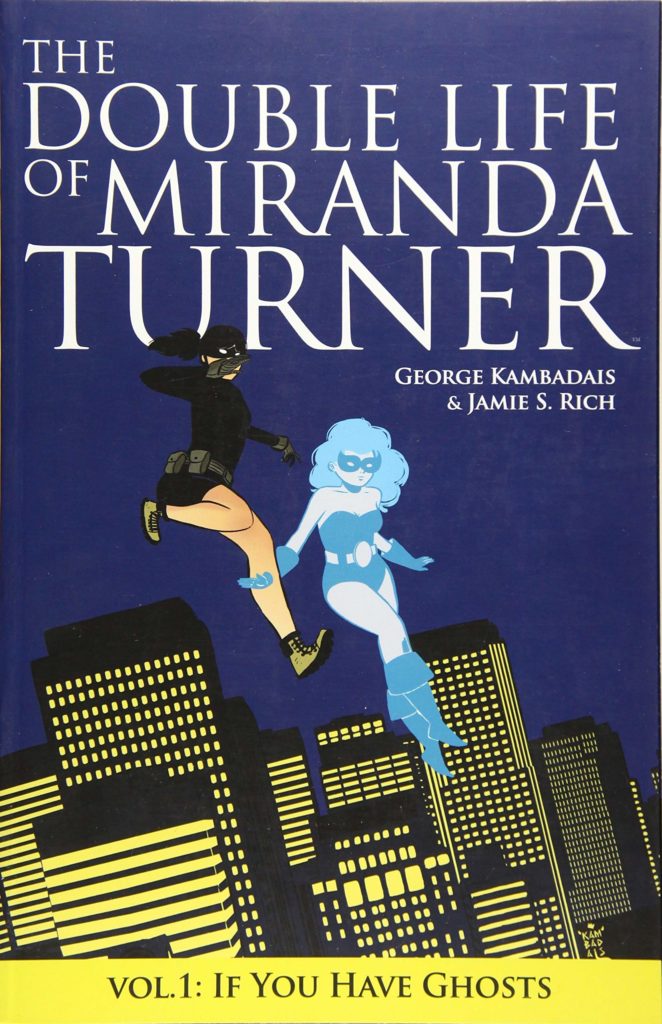 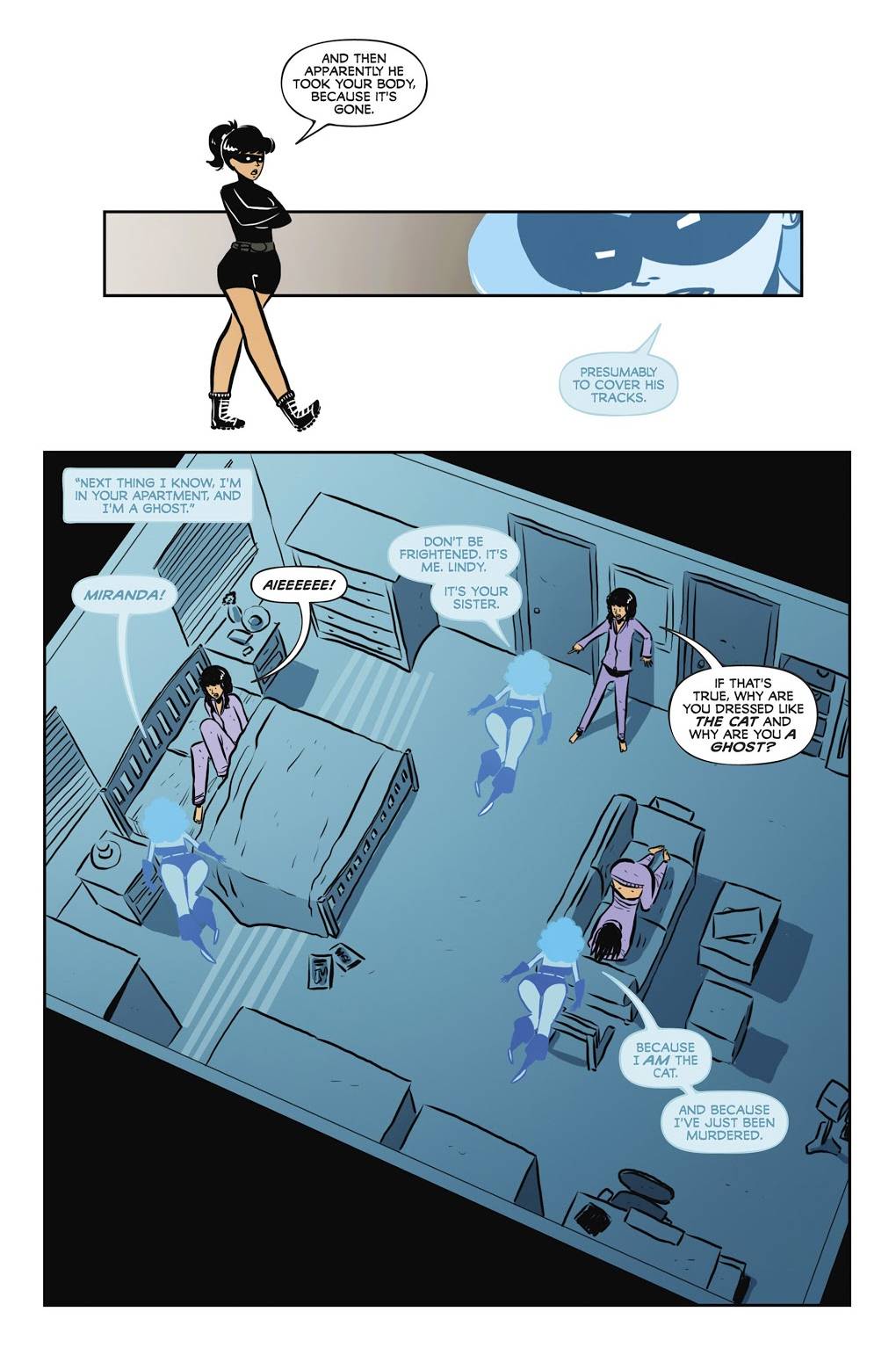 It’s not a universal principle, but frequently the case that a fast pace is demanded from comics prepared for release a page at a time. If only publishing the single page every few days, it shouldn’t be wasted by having someone walk across a room and out the door. Applying that principle means Jamie S. Rich and George Kambadais pack a lot into nine chapters, and don’t be put off by the volume one label when there has been no second.

Miranda Turner is the latest person to adopt the masked crimefighting identity of the Cat. She’s an actress with no superhero training, yet fit and confident, if prone to the occasional beginner’s mistake. Unlike other superhero start-ups, however, she has the ghost of her sister Lindy to advise, and we discover Lindy may be dead, but her talents are beyond just suggestions. Rich and Kambadais assume an intelligence on the part of their young adult audience, so start with the novice Miranda on an early case, being troubled by a pair of villains able to cause havoc with building bricks, and move events forward from there. As Miranda learns her new trade, she quickly discovers threats close to home, meets other superheroes, and is thrown into circumstances beyond anyone’s wildest dreams.

Miranda and Lindy are a likeable combination whose family dynamic brings novelty, other characters have the same thought applied, and Kambadais keeps the art appealingly simple and the colours very bright, creating a distinctive look. Rich provides a clever balance, delving into some nasty areas if considered, yet never losing the idea of fun. A predictable revelation as to the menace in the early chapters gives way to a general unpredictability maintained until the end. It’s regrettable that not all answers are provided for a complete read, but enough is revealed to supply a satisfying standalone story.