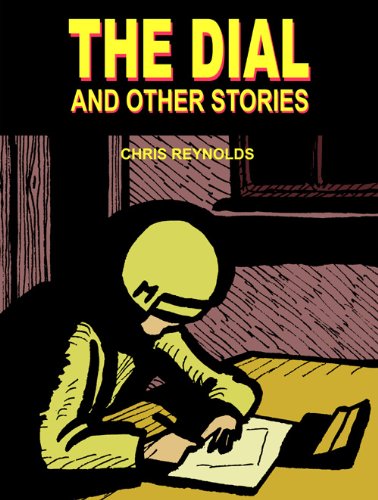 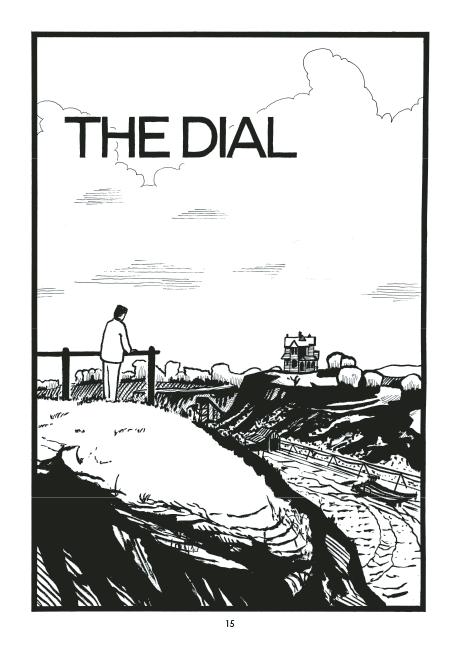 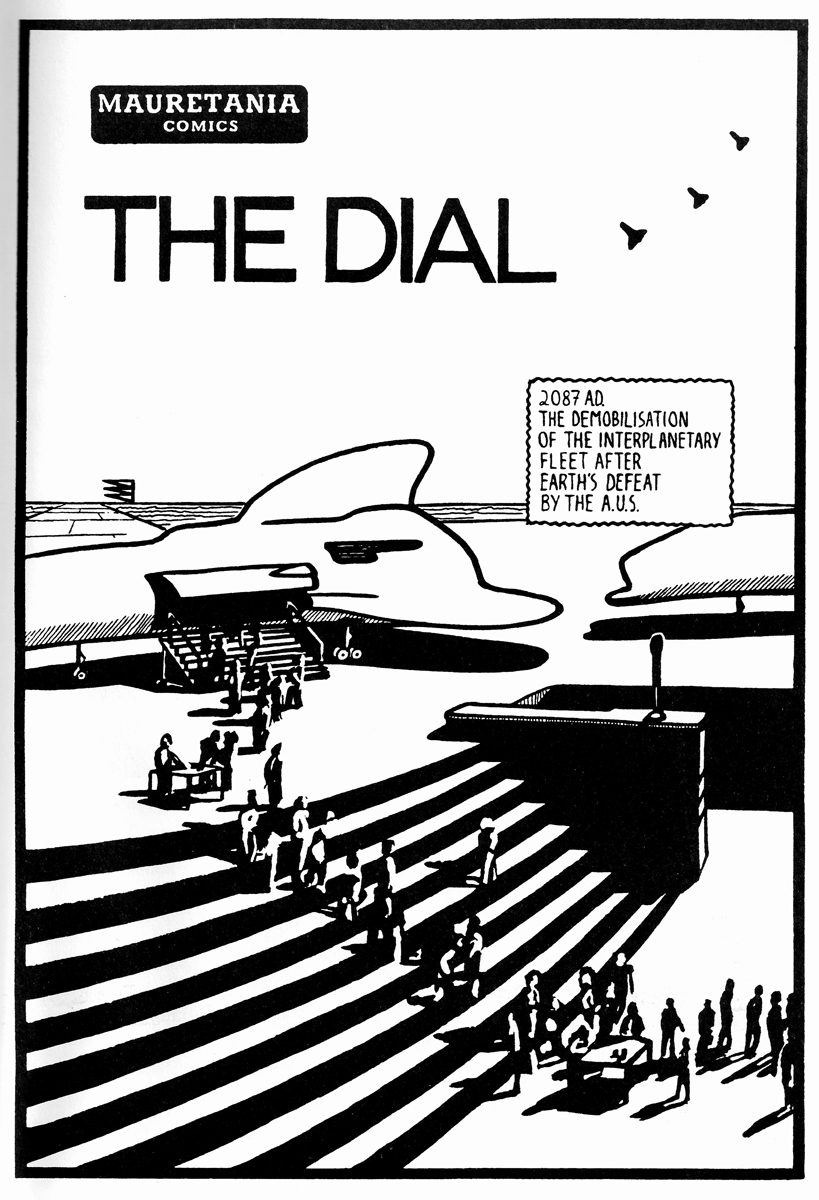 Chris Reynolds emerged from the British small press comics movement kickstarted by Eddie Campbell and Phil Elliott. Reynolds may have been inspired by Campbell’s pioneering exploration of personal material, but along with Elliott, and Ed Pinsent he explored the personal, in more oblique and poetic forms. Reynolds work was unique then (the closest being his Mauretania Comics partner Paul Harvey, now better known as a painter). Thirty-odd years later that’s still as true, and he’s been brought back into the spotlight by prestige collection The New World.

This slim but prime, collection includes the self-published pamphlet novella of the title, with ‘The Golden Age’ series, and some further shorts.

Reynolds’ stories involve childhood, dreams, memories, and particularly the relationship between the internal and external worlds – a twist on the idea of psychogeography that he and Harvey dubbed ‘Psychetecture’. Many stories involve retro-futuristic science fiction elements, like title story ‘The Dial’, which follows Earth’s defeat by the mysterious AUS. Reynolds typically gives the sense of a fully formed world and a macro narrative, glimpsed only through his micro stories of individual struggles.

In this case, Earth’s defeat leads to the demobilisation of the space fleet, which brings Reg back to his parents’ home. He finds the place empty with the neighbours’ cars parked in the driveway, suggesting no-one’s expected back. It’s the story of one man’s relationship to home and family, and through this the story of the wider changes in society. Reynolds’ stories may seem minimal, but they are highly condensed. His poetic landscape sequences – here mostly rural – lull the characters and readers while everything changes behind their back. For example, Reg’s family home, though empty, is initially in good condition, then it’s revealed that mining has dug away the land behind it, then faults and dilapidation become apparent, until finally the house is declared uninhabitable, set to be demolished to make way for mining. Through this process there’s a gradual assertion,  through their human agents, of the alien forces.

The whole story has a dream-like quality: it’s an over-used term, but justified here. It’s never verbalised, but Reg may be suffering residual effects of his war-time experiences leaving his perceptions of reality and time compromised. In any event. Reynolds puts us there with Reg, wrong-footed and misdirected by a series of seemingly innocuous events that creep up and then overwhelm. The use of science fiction and fantastical elements allows for internal conflicts to be made concrete in unusual and poetic ways.

Reynolds’ science fictional elements may draw on that aspect of Gilbert Hernandez’ early shorts. His fluid brushwork may also owe something to Hernandez, as well the painterly black and white of Jerry Moriarty – both  revelatory new talents in the years prior to Reynolds’ debut. The depiction of landscape as, not just a setting, but a powerful presence – is almost without precedent in comics, the closest comparison being Jesse Marsh’s impressionistic jungle scenes in Tarzan. Reynolds’ characters interact with the landscape, as much as each other.

Also included is ‘The Golden Age’, stories of schoolboy Robert’s unlikely and confusing relationship with his (real or imagined) headmistress. The title is ironic, as this world of childhood is dark and dangerous. Far outside the school gates, there are bombed buildings, mysterious tunnel networks, and the jealous and dangerous Cwiss with his own headmistress.

Reynolds’ stories never offers tidy solutions, but leave us with lingering, mysteries that operate on personal, interpersonal, structural, and even interplanetary levels. They’ll stay with you, as will his evocative drawings. 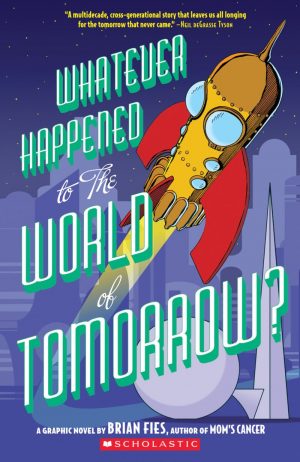