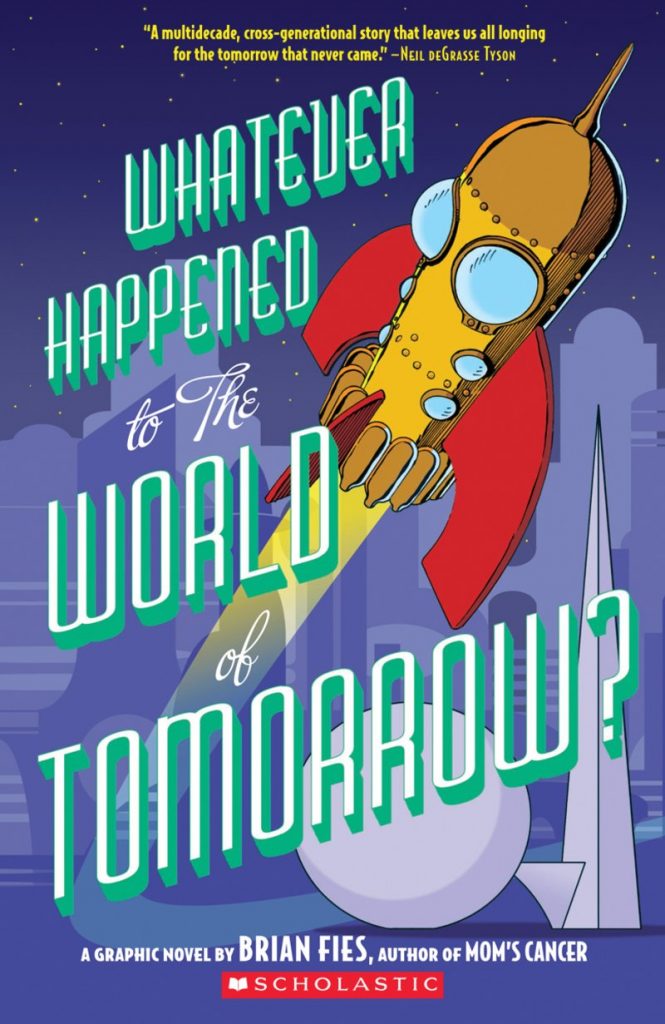 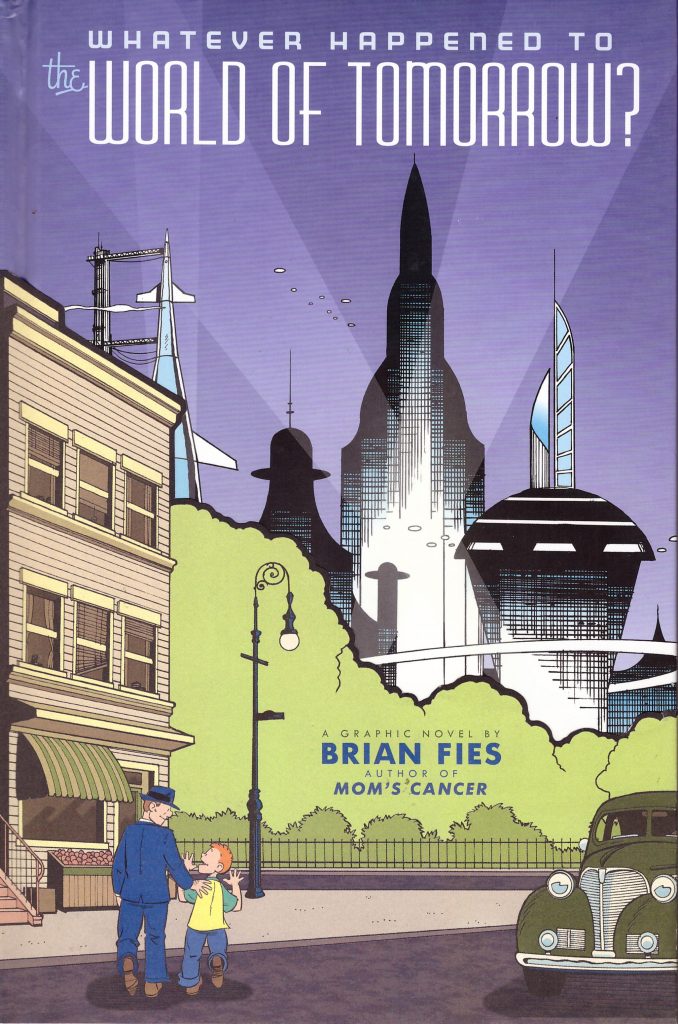 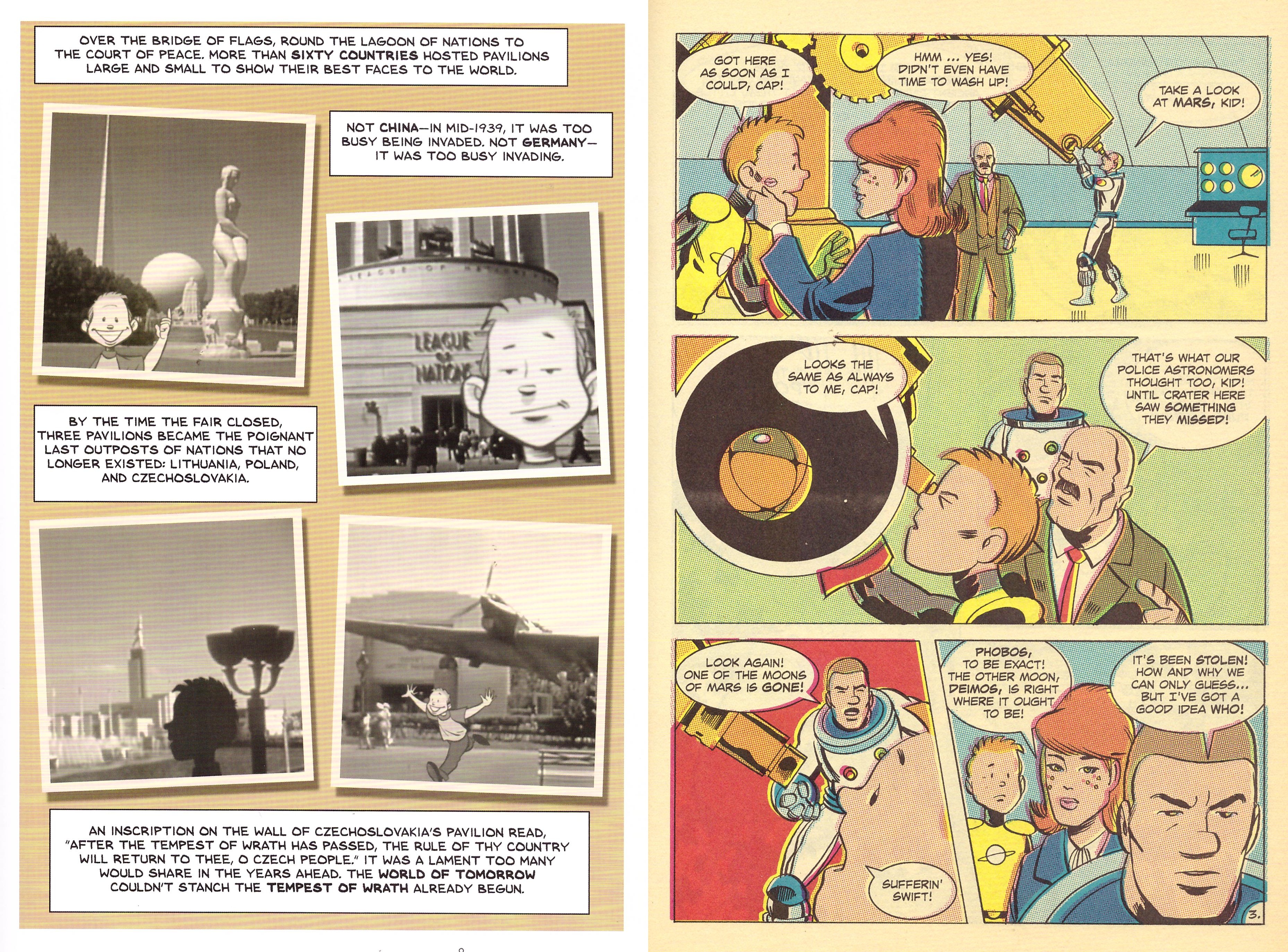 In his introduction to Whatever Happened to the World of Tomorrow? an optimistic, yet wistful Brian Fies writes how upbeat predictions about the wonders of technology during his youth have largely been realised, but now when people think of the future it’s in dystopian terms.

Starting with a young boy and his father visiting the 1939 World’s Fair and being amazed by the marvels on display makes his point very nicely. Fies includes photographs and a faked comic featuring space hero Commander Cap Crater. Beyond that, however Fies settles on the history of the Soviet and US space programs decade by decade as the benchmark of human aspiration and achievement, with the occasional nod to the transistor or solar power.

Fies made his mark with the moving and helpful Mom’s Cancer, which combined a diary format with salient advice and observations on a specific theme. That focus is absent here. Every chapter is in the form of a child’s interaction with his father, the mother never seen (which makes this a peculiar follow-up to his previous book), and the child’s growth seemingly retarded. Fies skips through the decades offering a few observations on the negatives of an era while stressing the positives and the technological advancements, always presenting man leaving the planet in terms of pure exploratory curiosity, and never a product of political ideology.

In keeping with the topic, adventurous design elements prove to be the most fascinating aspects of Whatever Happened to the World of Tomorrow? The Abrams hardcover edition features a cutaway dust jacket showing the father and son featured in the 1930s looking at the future. Peel the jacket back and there they are in the future. The inserted Commander Crater comics are pastiches of the styles prevalent in different eras, actually printed on pulp paper with off register sections and the tone of each strip further reflecting the times. It’s all well conceived and created, but novelty rather than substance.

Because Fies is a decent cartoonist there’s a superficial attraction to the book, but ultimately it’s a graphic novel that has very little to say, says it relatively rapidly, resulting in the design outweighing the content.