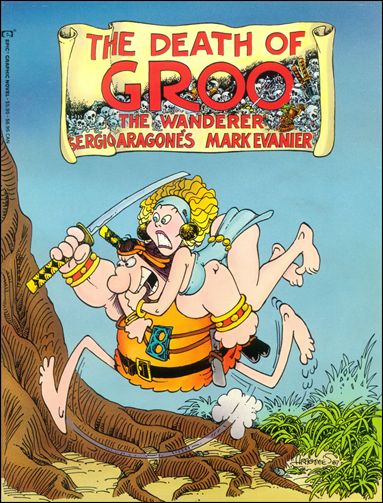 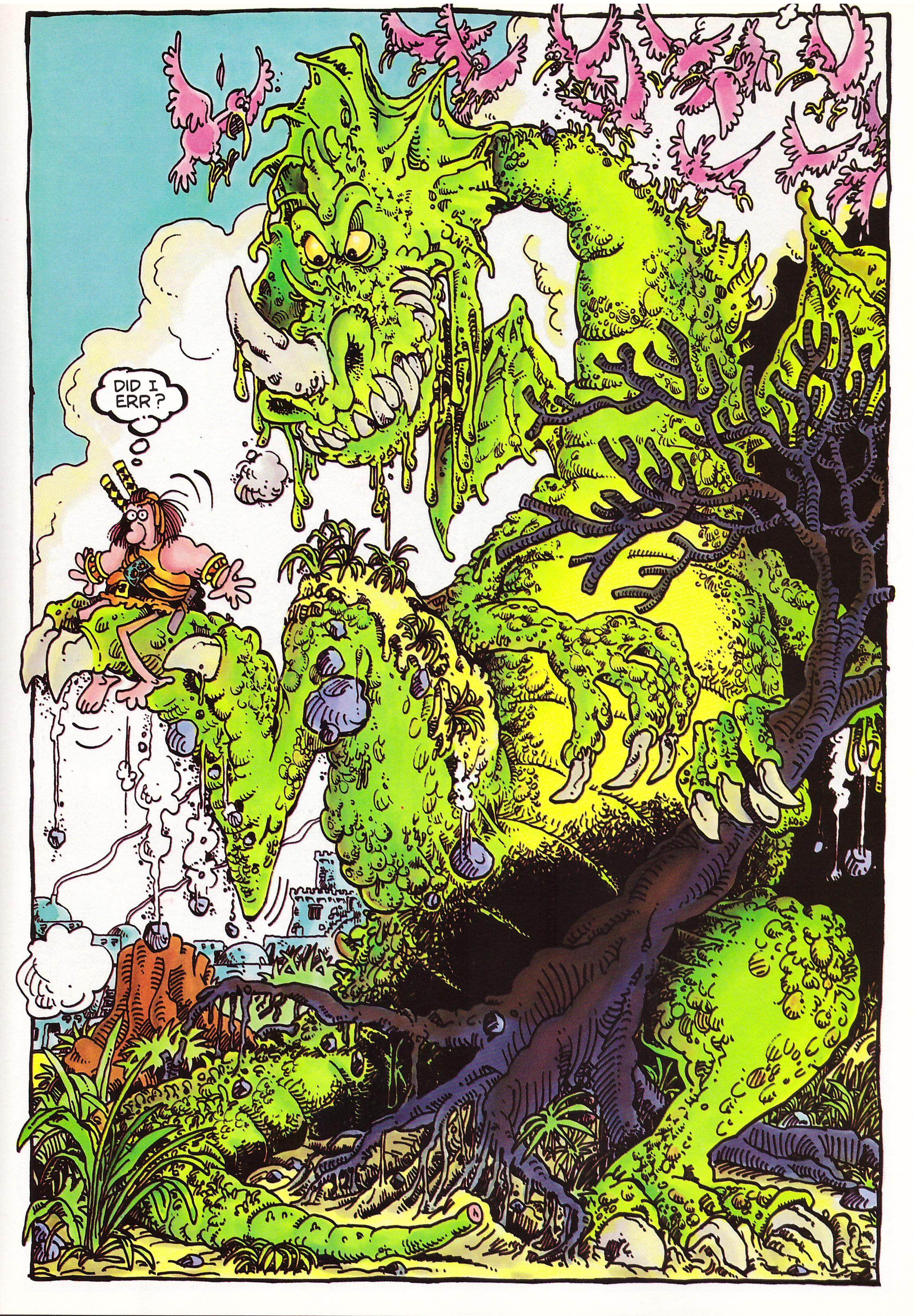 When Marvel’s Epic imprint of creator owned projects was publishing monthly Groo comics they also made room in the schedule for this one-shot graphic novel. As seen by the sample art, the European album format means extra space for Sergio Aragonés to deliver extra sized illustrations packed with detail, and that is one hell of a dragon. At 59 pages this is longer than his average story, but otherwise there’s little to differentiate this from Groo’s regular wanderings.

An ominous title flies in the face of the generally good natured Groo material, and it’s prompted by a king who’s been obsessesing about Groo’s death ever since an unfortunate battle he lost, for which he blames Groo. Not that he’s wrong about that. This isn’t one of those Marvel ‘final’ stories so there’s surely no belief Groo will actually die, and it’s the belief of his death that features, Groo able to attend his own funeral, which is surprisingly packed. From there Aragonés and co-writer Mark Evanier take Groo on an unusual journey, in which a mysterious hero features, loved by all after a series of well-plotted gags.

The dragon picture is actually an exception, as while there’s the expected fine cartooning from Aragonés there’s no great use of the bigger pages. Some small thin silhouette panels reproduce clearly on what at the time was better paper stock than regular Groo comics, the dark black ink contrasting the white gloss, but otherwise it’s business as usual. The panels are packed, and the people in them varied and interesting. For what was published as a prestige project, it’s a shame there are couple of off register pages, and the colouring presumably intended as more sophisticated than the usual flat colour, hasn’t dated at all well.

Because this is Groo the overall standards are high, but it doesn’t approach the most inventive stories from the regular series. The Life of Groo is a sort of sequel in a similar format, and both were combined for a very limited hardcover print run.