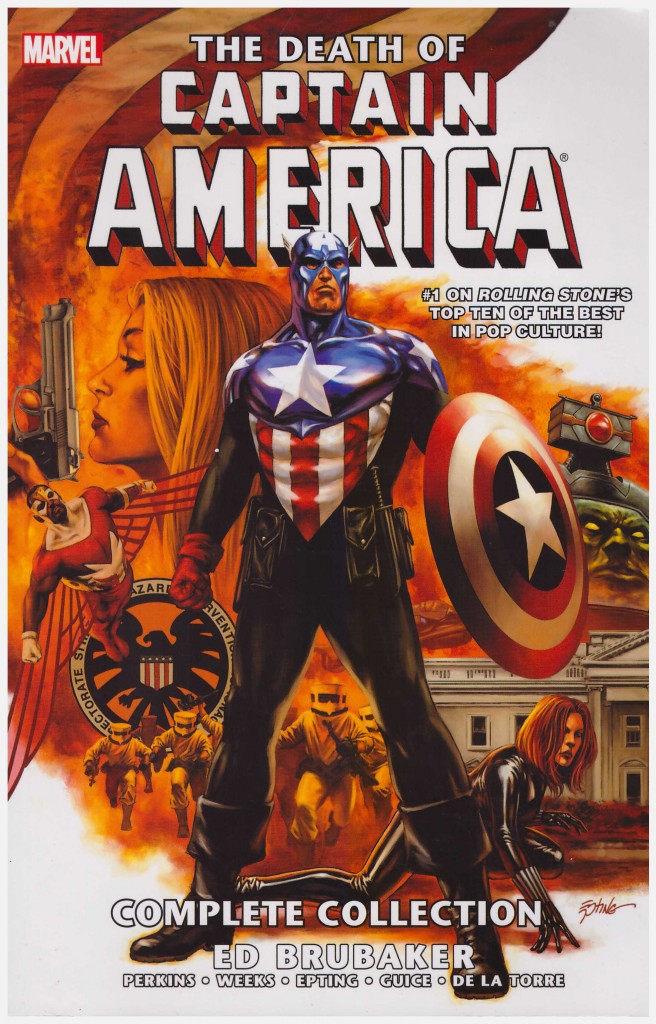 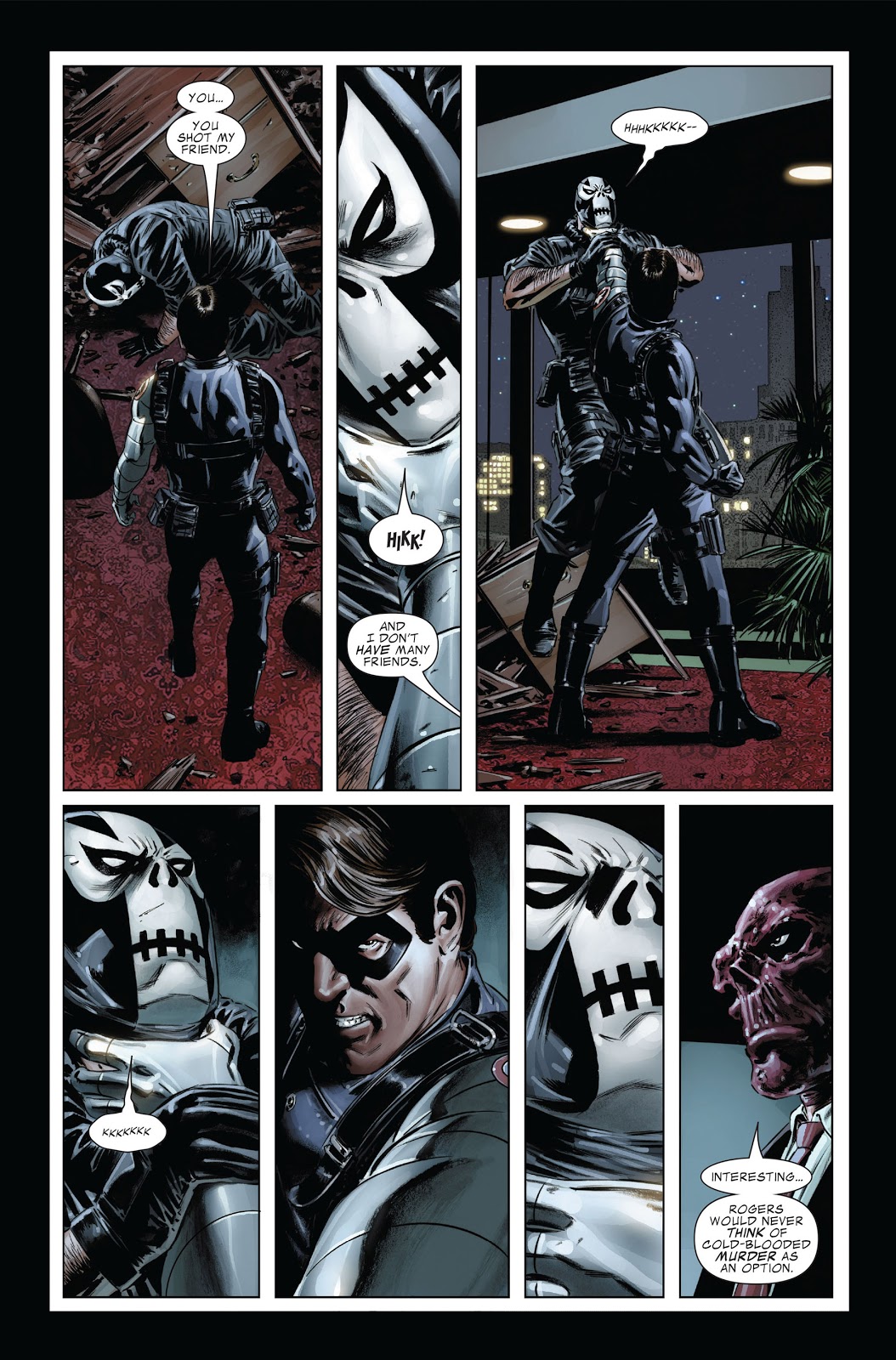 Once the hype over Captain America’s 2007 ‘death’ was a few years distant Marvel targeted readers who’d not bought the collections as they originally appeared by combining The Death of Captain America volumes 1-3 into one meatier read.

Fans are now well aware the ‘death’ of a comic character is utilised for shock purposes every few years, preceded by plot leakage to induce a sales spike. At times it’s been the province of the hack writer, and others marketing-led, but rarely has it resulted in a satisfying story. Congratulations, then to Ed Brubaker for constructing a compelling narrative while the Steve Rogers version of Captain America was absent from the comic that carried his name for two years.

The ‘death’ occurs early in this collection, with readers aware who’s responsible, initially placing them ahead of the friends and allies who occupy the remainder of the book. Brubaker plotted for the long haul, with the seeds of Rogers’ eventual return sown into the opening stories, and his style mimics ensemble cast TV drama. Black Widow, Sharon Carter, The Falcon, Winter Soldier and Tony Stark (as head of super homeland security agency S.H.I.E.L.D, rather than as Iron Man) share the spotlight in short chapters, with usurped S.H.I.E.L.D. head honcho Nick Fury a well-informed background presence. Narrative source is diligently identified by colour coded dialogue panels. Brubaker’s plot also highlights the manipulative villains, a conflicted and compromised Red Skull, his sadistic daughter Sin, her brutal boyfriend Crossbones, hypnotist and psychiatrist Dr Faustus, and mad scientist Arnim Zola, whose face is implanted in his chest.

The adroit plotting is accompanied by accomplished art. Steve Epting and Mike Perkins deliver well considered talking heads and well proportioned action, while Frank D’Amata’s dingy colour palette well reflects the murky real world politics informing the story throughout. Later art from Jackson Guice is also fine, but it would appear Roberto De La Torre hadn’t bothered looking at the consistent style employed on the three years of work prior to his chapter.

Midway through the book a replacement Captain America arrives, but with a more violent approach encompassing enemy injuries stopping just short of fatality, shortly followed by a deranged imposter. It enables consideration of the values Captain America, and by extension the USA should represent, but through raising the questions, not by hammering home a viewpoint, and in this Brubaker is influenced by Steve Englehart’s 1970s Captain America scripts.

The 2005 Winter Solder special by Brubaker and artists Lee Weeks and Stefano Guadino is slotted early in the collection, an introspective piece about a man out of time. The contrast between the youth of James Barnes during World War II and his present day incarnation as Winter Soldier is an effective counterpoint employed throughout. Not every element works, a brief confrontation with Hawkeye for instance is clumsy and contrived, but for the most part Brubaker propels a multi-faceted page-turning plot over 400 plus pages leaving the reader wanting more at the end, and that’s an achievement not many manage. The story continues in The Man With No Face collection, or the third omnibus volume of Ed Brubaker’s Captain America run.

This was published prior to the Omnibus editions of Ed Brubaker’s work, so those coming here from Captain America by Ed Brubaker Omnibus volume one will find some duplication over the opening chapters.