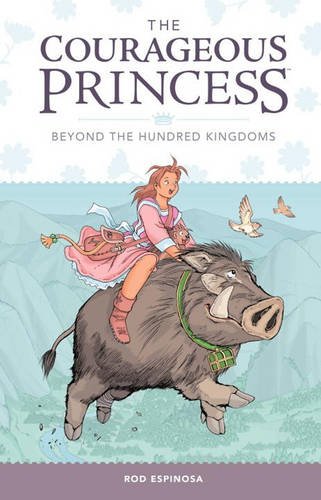 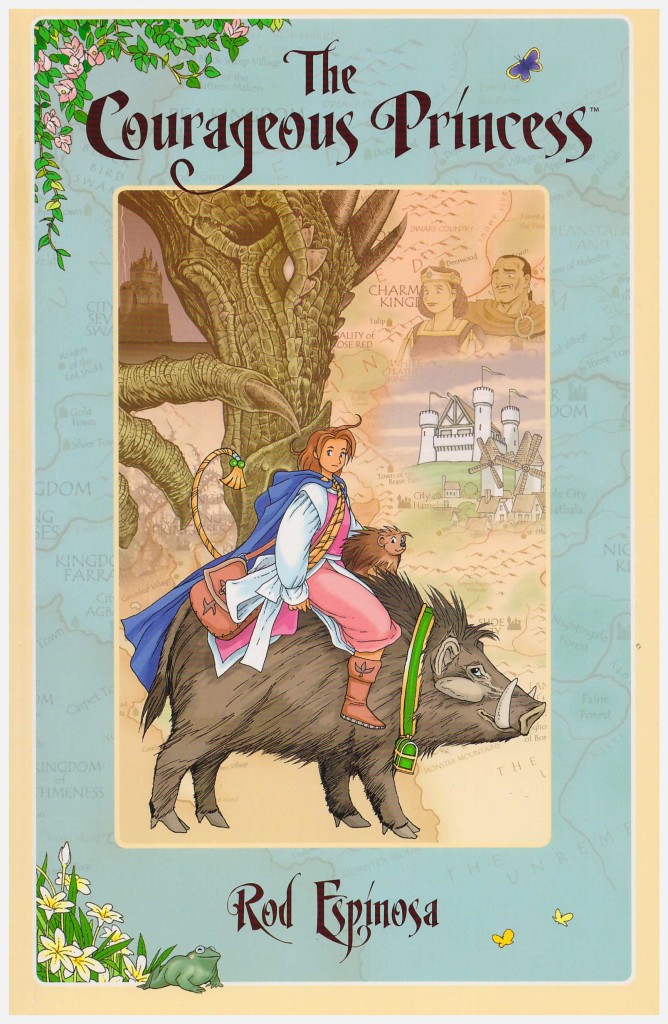 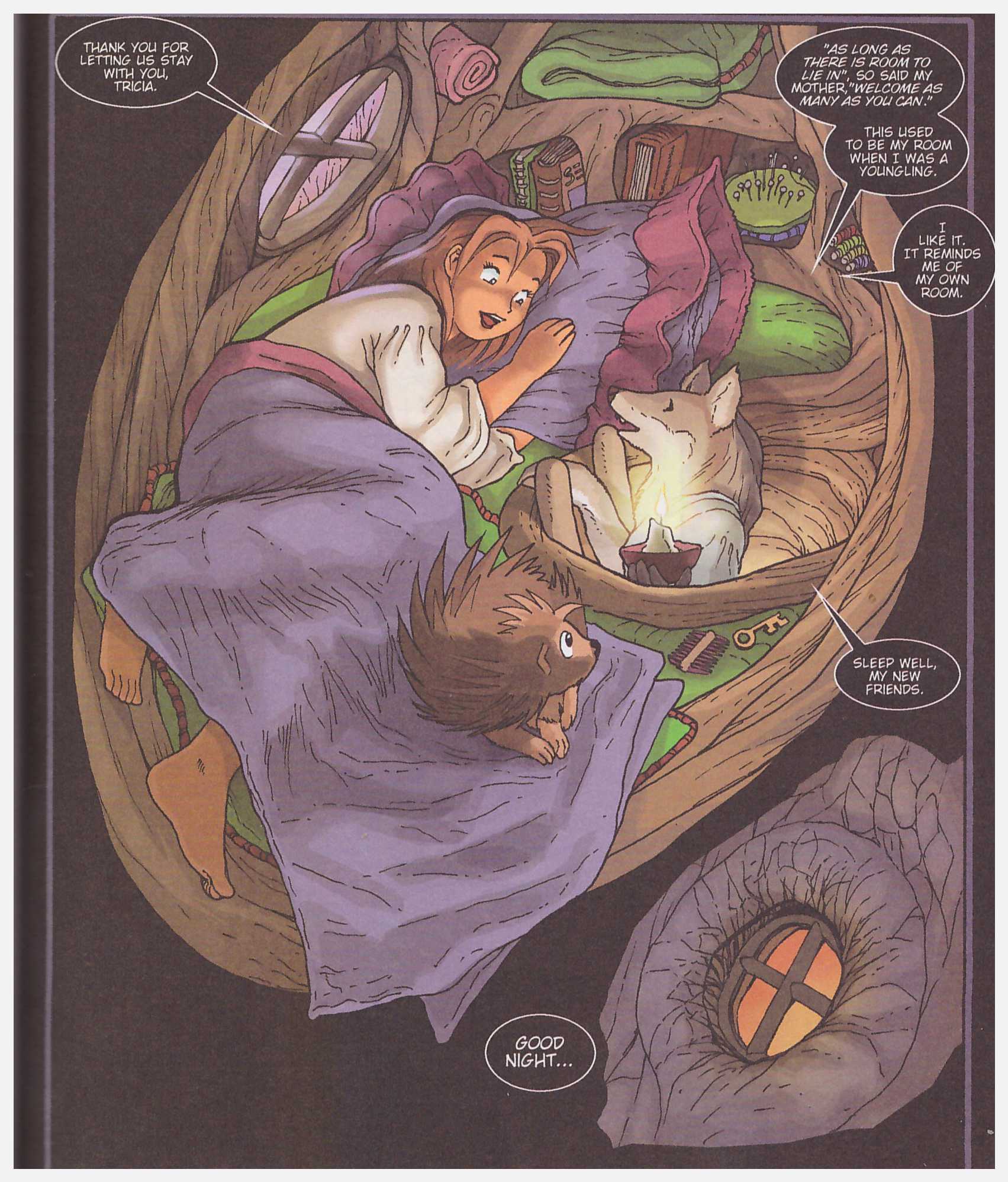 The Courageous Princess is a puzzling graphic novel. It’s very well drawn and touches all the right fairy tale bases, yet somehow manifests as hollow, perhaps its very nature too contrived.

Rod Espinosa has begun with the classic children’s story scenario of the happy princess, in this case Mabelrose, kind to everyone, much loved, experiencing an idyllic childhood in which she’s raised to believe in her own capabilities. This stands her in good stead when attending her first ball and discovering the princesses of neighbouring kingdoms consider her provincial and lacking glamour. Her self-confidence is even more important when she’s abducted by a dragon.

The problem with The Courageous Princess is that it adapts the formula of fairy tales too rigidly. The material that so influences it works because it’s relatively brief, the brevity fending off questions about what are often illogical events propelling the story. Extending the process beyond two hundred pages requires a greater attention to detail, not just a succession of events occurring just because that’s what happens in fairy tales. Another problem is the padding, where for a dozen pages at a time nothing occurs to move the plot forward. At one point a poorly Mabelrose recuperates in a village before moving on.  What could have required a single caption occupies ten pages, and its only the very young who’ll be enchanted by the scenes of recovery and village life.

It’s when Espinosa departs from conformity that the story is at its best. It’s customary for a handsome prince to rescue a princess in need. Marbelrose can cope well herself, and her tenacity and compulsion to do what’s right irrespective of the consequences is well conveyed. It should also be mentioned that Espinosa throws in cameos of recognisable fairy tale characters and their heirlooms, updating their fates, this before Fables was published.

None of the above criticisms may have any particular relevance for the younger girls at whom this is aimed, who’ll see appealing illustrations, a charismatic and resourceful heroine, and lots of magical elements amid the adventure. It will, however, ensure that the appeal doesn’t extend beyond that audience.

Having let The Courageous Princess lie dormant for almost a decade, Espinosa found a second wind, and the series now extends to three volumes, the next of which is The Unremembered Lands.