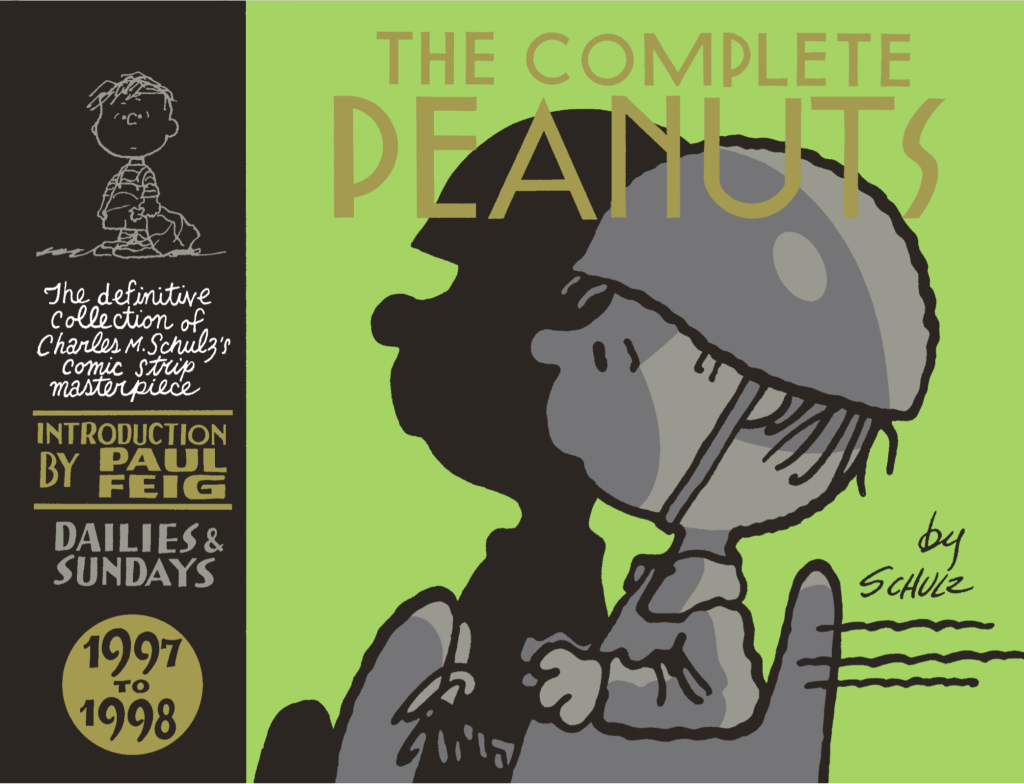 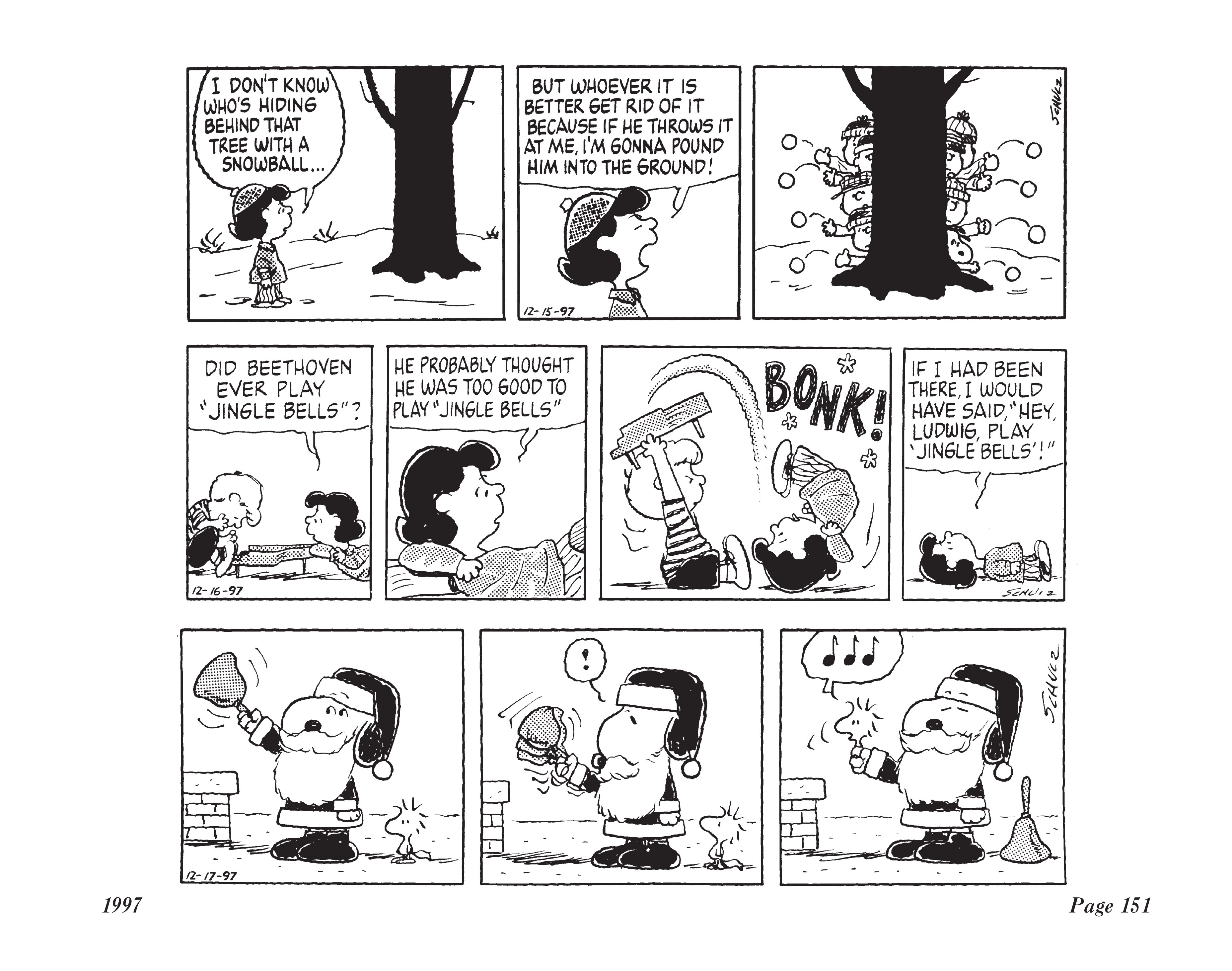 The Complete Peanuts: 1997-1998 is the 24th volume of Charles M. Schulz’s nearly 18,000 Peanuts comic strips, written and drawn over a record-breaking fifty years. The introduction is by Paul Feig, producer of The Peanuts Movie (or The Charlie Brown and Snoopy Movie, as it was known in the UK).

Continuing from last volume, the Joe Shlabotnik autograph that Charlie Brown bought previously sees him caught up in a fake celebrity signature racket. In the deep midwinter, a snowbound Snoopy becomes the World Famous Revolutionary Patriot Soldier at Valley Forge (“ I must see General Washington! Tell me sir! I have to know!  Did the mail arrive? Did I get any Valentines?”) and plays a tennis match against ‘Crybaby’ Boobie who hasn’t changed a bit: “It’s too cold to play today! Yesterday it was too hot! The net is too high! My leg hurts! My elbow hurts!” He goes on a few raids as Blackbeagle, the World Famous Pirate with his scurvy band (of birds) and in scattered appearances through this volume Snoopy’s stupid brothers Olaf and Andy (that’s a description, not an editorial comment) are unable to navigate their way to the desert where Spike is waiting for them, and keep returning to Snoopy’s doghouse, more confused with each reappearance.

The strangely mechanical ‘non-humour’ of Snoopy’s brothers as unsuccessful opposites to him is an idea that only works by contrast, and in short bursts. Longer sequences featuring them tend to suck all the energy out of the strip with their banality and you’re left wondering what Schulz’s intentions are. This group of appearances culminates with Spike in a hospital bed for a few days, just as Snoopy was in volume 22. But being Spike his experience is mostly odd, rather than funny and his new friend Naomi is a conspicuously less cute version of Snoopy’s regular friends. It makes for a uncomfortable reading experience – is it meant to be terrible? Is this ‘so bad it’s good’? Or just uninspired?

Back in more conventional joke territory Charlie Brown decides to buy a pair of Christmas gloves for Peggy Jean (“Would it help if I described her? She has ten fingers.”) but they’re a lot more expensive than he expects. Sacrifices have to be made. As always in these later years, Lucy is the source of many of the amusing strips; at home with Linus and Rerun, on the baseball field, annoying Schroeder at the piano, and in an inspired Sunday page Lucy bullies one of Charlie Brown’s crashed kites back up into the air: “You stupid kite! What’s wrong with you?! You’re a disgrace to kitedom! Don’t think you can get away with this! Get back up there where you belong!!”

After 24 volumes and 48 years of Peanuts comics, the end of this series is nigh. The very last strips appear in the final volume of The Complete Peanuts 1999-2000.