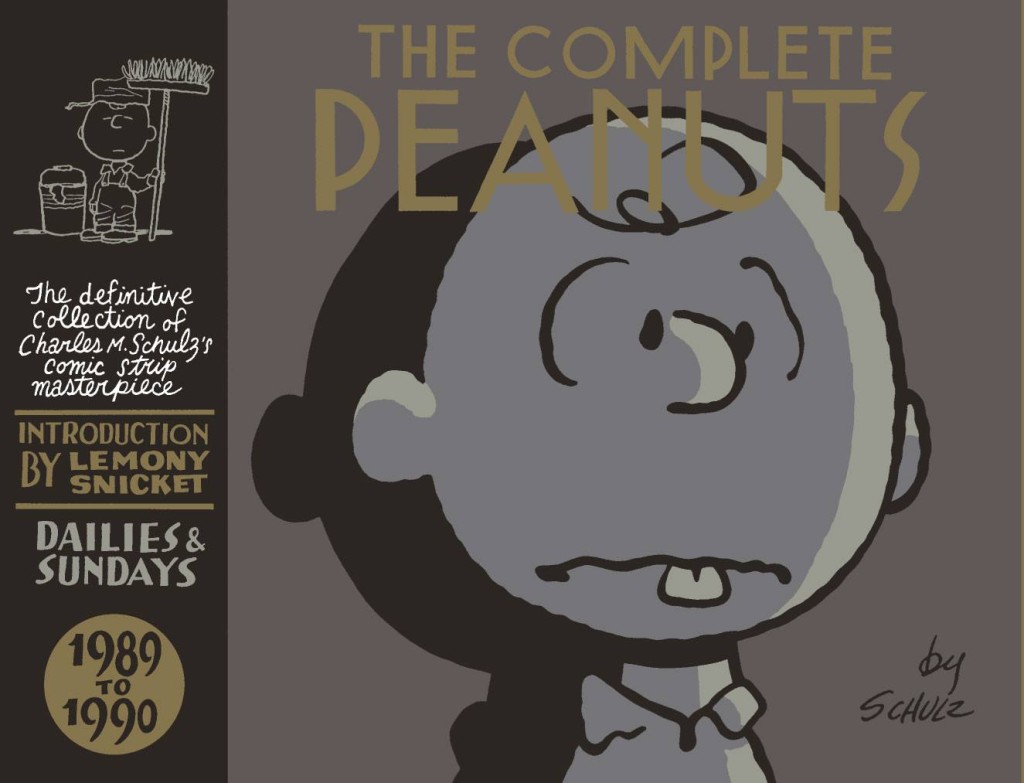 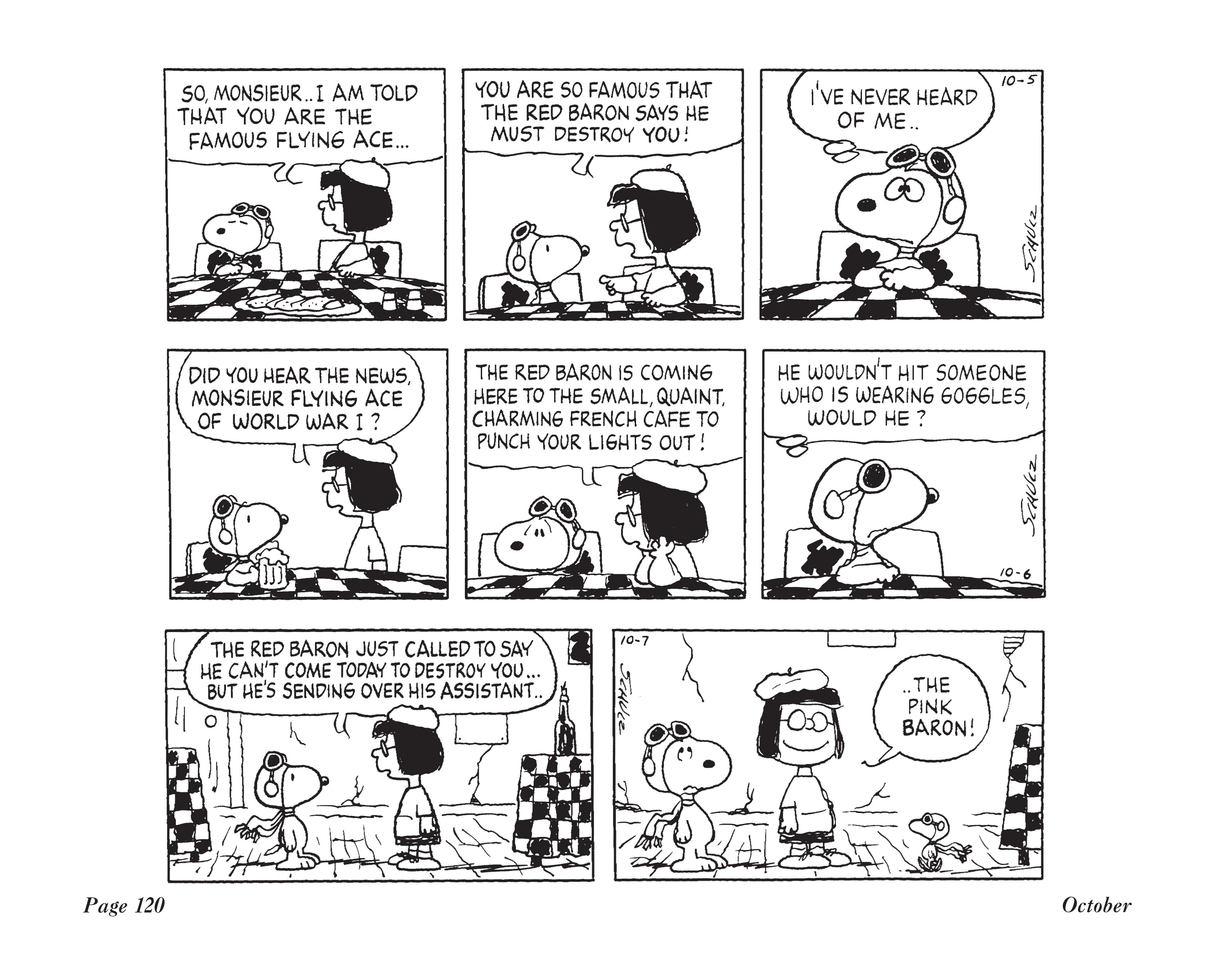 It had to happen one day. The Red Baron sends a message to the World Famous World War I Flying Ace to tell him that he’s going to destroy him. In fact he’s coming to the small, quaint, charming french café to punch the Famous Flying Ace’s lights out. Just how it is that Marcie is in communication with the Red Baron is one of those questions that we’re not supposed to ask (it doesn’t occur to Snoopy to wonder about it either). Although if you start asking those kinds of questions then the next one would be: how does Marcie know the World War I Flying Ace’s every thought, anyway? Fortunately for the Famous Flying Ace, the answers aren’t necessary. And the big confrontation isn’t quite as big as all that.

There is one other momentous event that takes place in Volume 20 of The Complete Peanuts. Charlie Brown sees a pretty girl at summer camp, but this time he actually works up the nerve to talk to her – and she talks back. When he tries to tell Peggy Jean his name he’s so nervous it comes out as “Brownie Charles”. Ten years ago, that would have been the punchline to another doomed encounter but this time it’s just the start of an actual, successful romance that continues throughout the rest of this volume. Peggy Jean looks unlike any of the other girl characters we’ve seen before in Peanuts with her grey-toned hair and pointier nose, and she doesn’t act like any of them either. She even tells Brownie Charles how she feels about him (Spoiler: it’s not bad news). What can this possibly mean for the future of this strip? Will Charlie Brown change his name? You’ll have to read on to find out.

This volume includes an introduction by author Lemony Snicket.