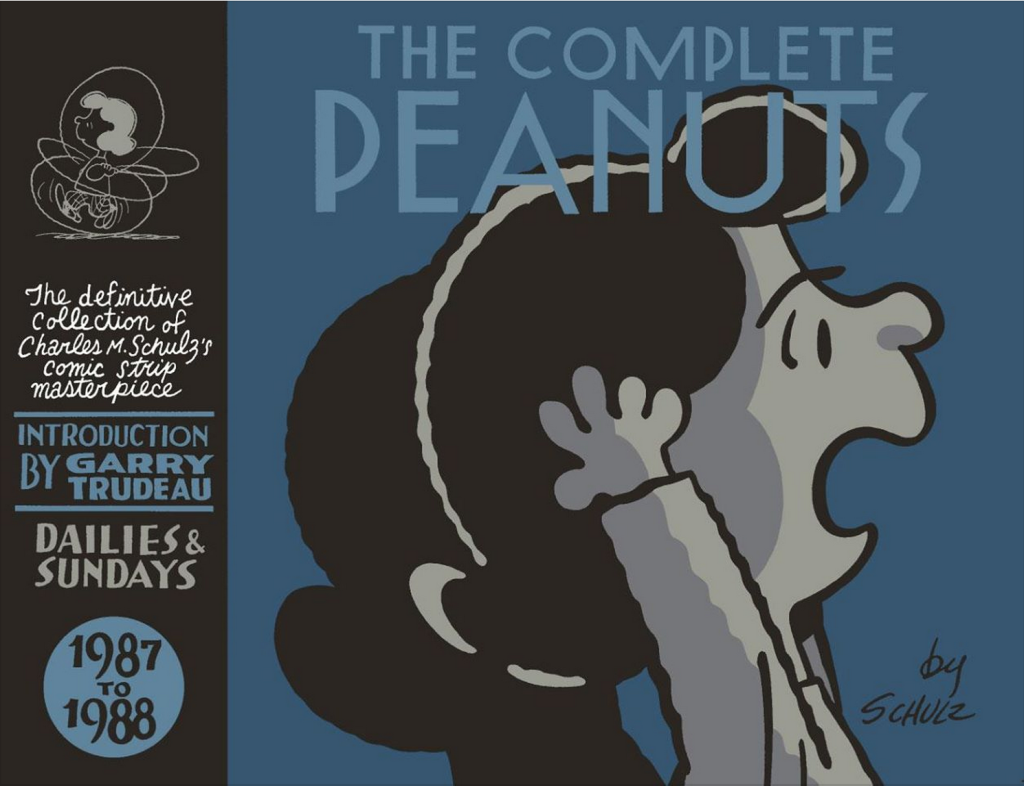 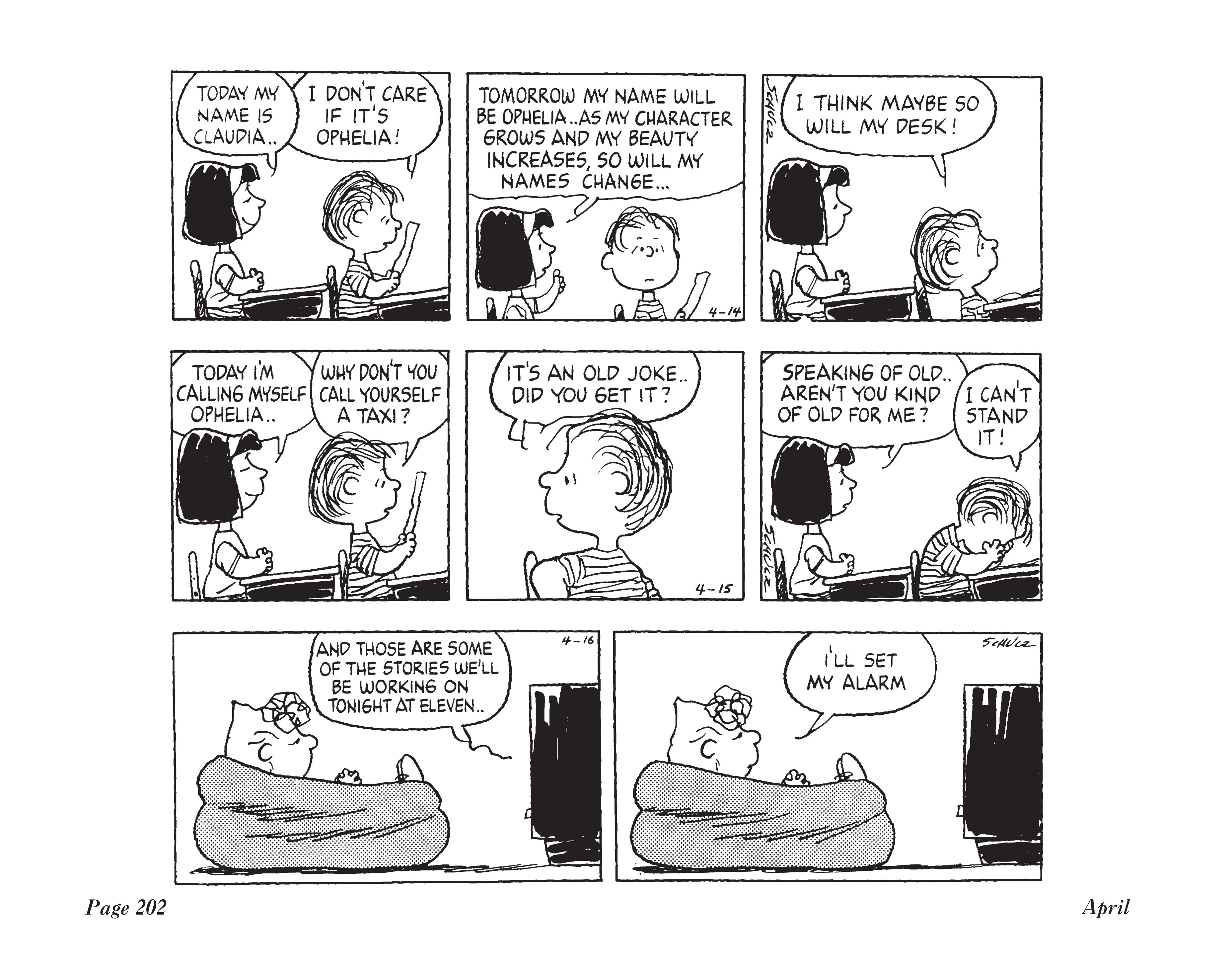 Volume 19 of The Complete Peanuts features two big changes. The Sunday strips stop being introduced as “Peanuts featuring Good Ol’ Charlie Brown” and become just “Peanuts”. And more radically, in 1988 Charles M. Schulz tweaks the four-panel format for his daily strips, which he’d used since he began drawing Peanuts in 1950. Now he would draw three, two or even single-panel strips whenever he wanted to vary the daily pace. This gave him the advantage of drawing less on the days when he produced a single panel. He also began using grey tones to add another visual element.

The year begins as Linus gets his revenge on the girl who called him too old for her (in Volume 18), she gets him back at Christmas and the intrigues continue through the rest of the book. Snoopy becomes the World Famous Surgeon (mainly because he likes wearing the green booties), and is in big trouble as The World Famous Sergeant-Major of the Foreign Legion after marching his charges through all eighty sand traps of the local golf course looking for Fort Zinderneuf. As the World War I Flying Ace he meets up with his brother Spike in the trenches, and in a two-week sequence Snoopy winds up in hospital after an accident playing ice hockey. “They said one of the coffee shop waitresses tripped you.” Charlie Brown tells him.

After the energy of the previous volume, these two years are more downbeat. Sally falls asleep waiting for the school bus, Marcie dozes off behind Peppermint Patty and there are a lot of strips with Spike in the desert now talking to rocks as well as his regular cactus friends. At least Lucy is still awake. “What’s the secret to life?” Charlie Brown asks her on page 197. “Elbow pads!” she replies. As she explains her reasons, the clarity of her logic is unassailable. An amazed Charlie Brown doesn’t know what to say. “Knee pads would help too… five cents please!”

The introduction (written for the Washington Post in 1999) is by Doonesbury creator Garry Trudeau.