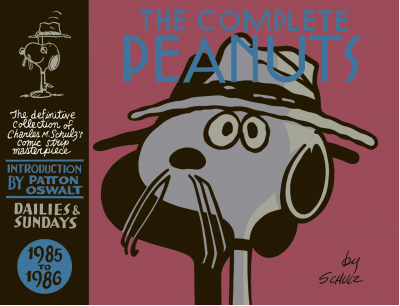 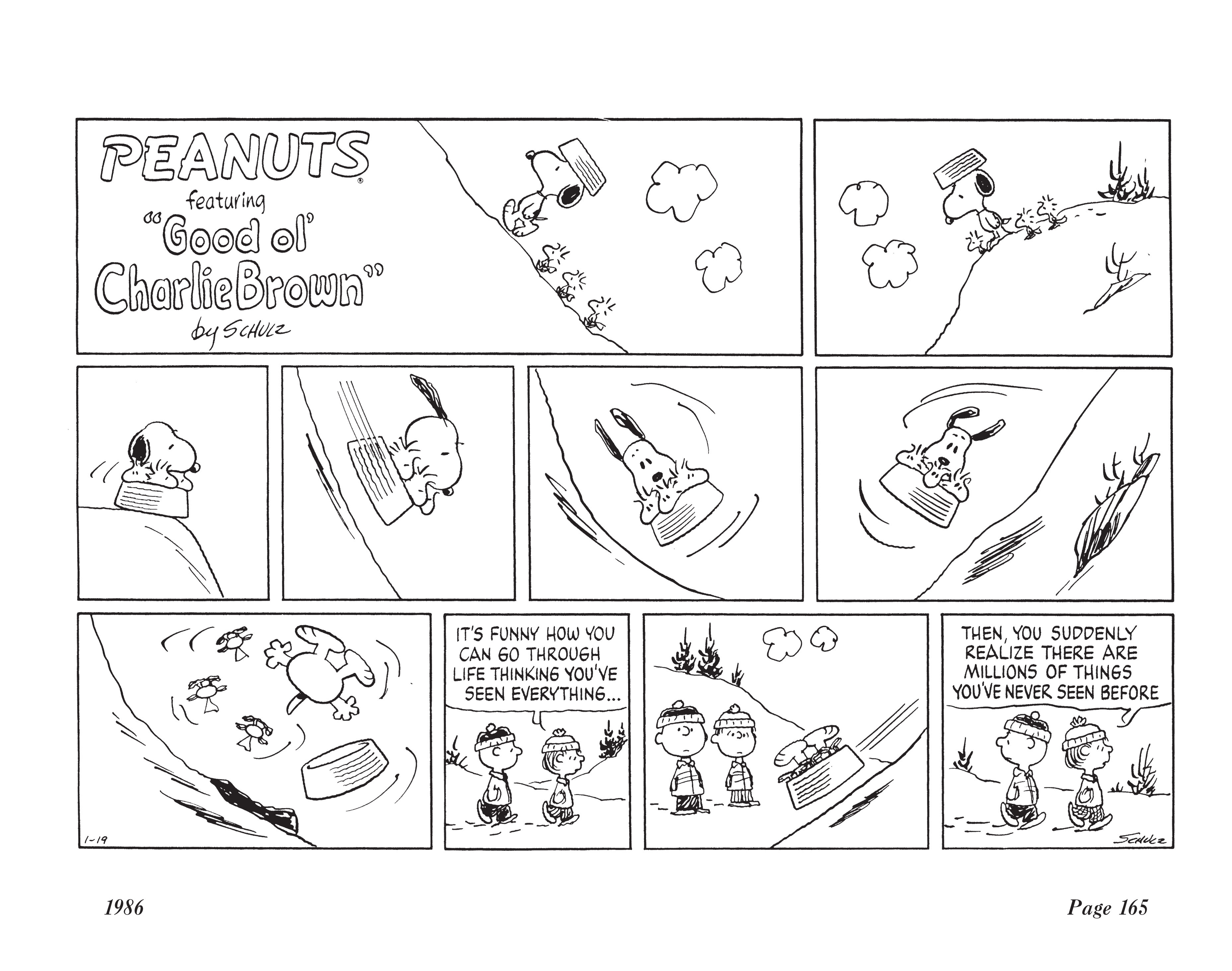 One of the most distinctive characteristics of Charles M. Schulz’s drawing style is the slight wobble in his linework which provide a personality impossible to copy. Those wobbly lines fuelled the idea that Schulz had Parkinson’s Disease, but he didn’t. It was due to a condition called ‘essential tremor’ which caused his hand to shake: “Sometimes my hand shakes so much I have to hold my wrist to draw,” he told an interviewer. The tremor became worse as he aged, and he developed various drawing strategies to deal with it, using varied sizes of pen nibs for different kinds of inking. The changes are visible in his lettering: the speech balloons should be straights and smooth curves, which is hard enough even when your hands don’t shake. Compare a speech balloon from any page in this volume with one from, say, volume six and you’ll clearly see how it affected him.

Lettering features in a few places this time around, courtesy of Sally Brown. In one strip she demonstrates her writing skills to Charlie Brown by showing him a row of dots. “These are periods.” She tells him. “When I finish a sentence, that’s it!” She slams her pen into the paper. “Done! Finished!! PERIOD!!” In another writing exercise she explains to Snoopy that knowing how to write is very important. “If you can’t write, how are you going to tell somebody the bad news?”

Volume 18 sees Schulz gain back the bite that had been slowly draining away in the previous few years, and this selection is as filled with winners as any of the glory years, including the debut of the memorably annoying Tapioca Pudding (“With my name, my blond hair and my smile, my dad says we can make a million dollars.”). She is a weaponised version of Frieda with the Naturally Curly Hair, every one of her cutesy features ready to be licensed for “greeting cards, lunchboxes, TV and everything!” Linus has a meltdown when one of the kids in his school says he’s too old to sit next to her, Molly Volley returns for more tennis and there’s even an appearance from Pig Pen. Happy days are here again!

This volume’s introduction is by comedian and actor Patton Oswalt.