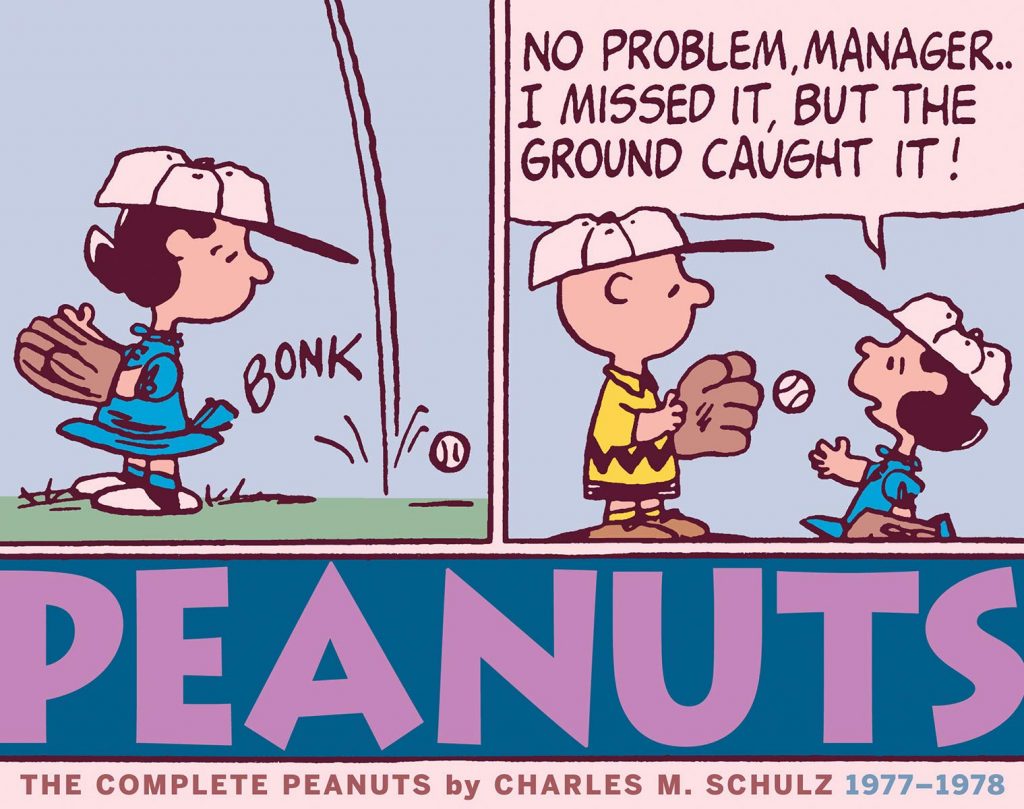 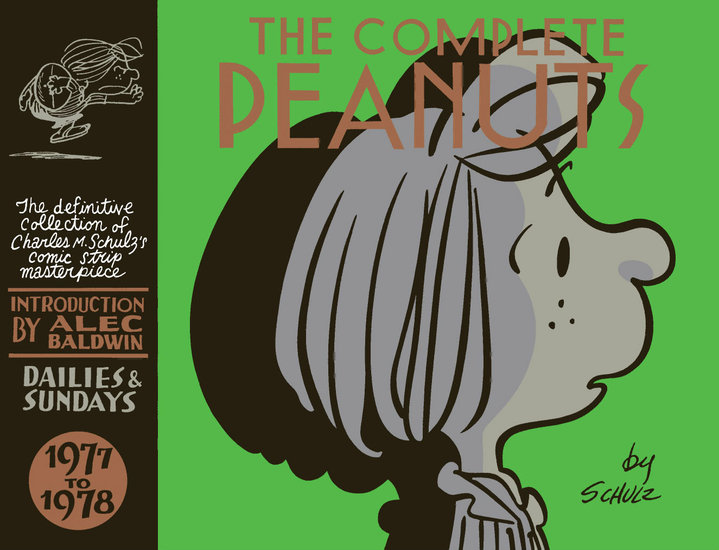 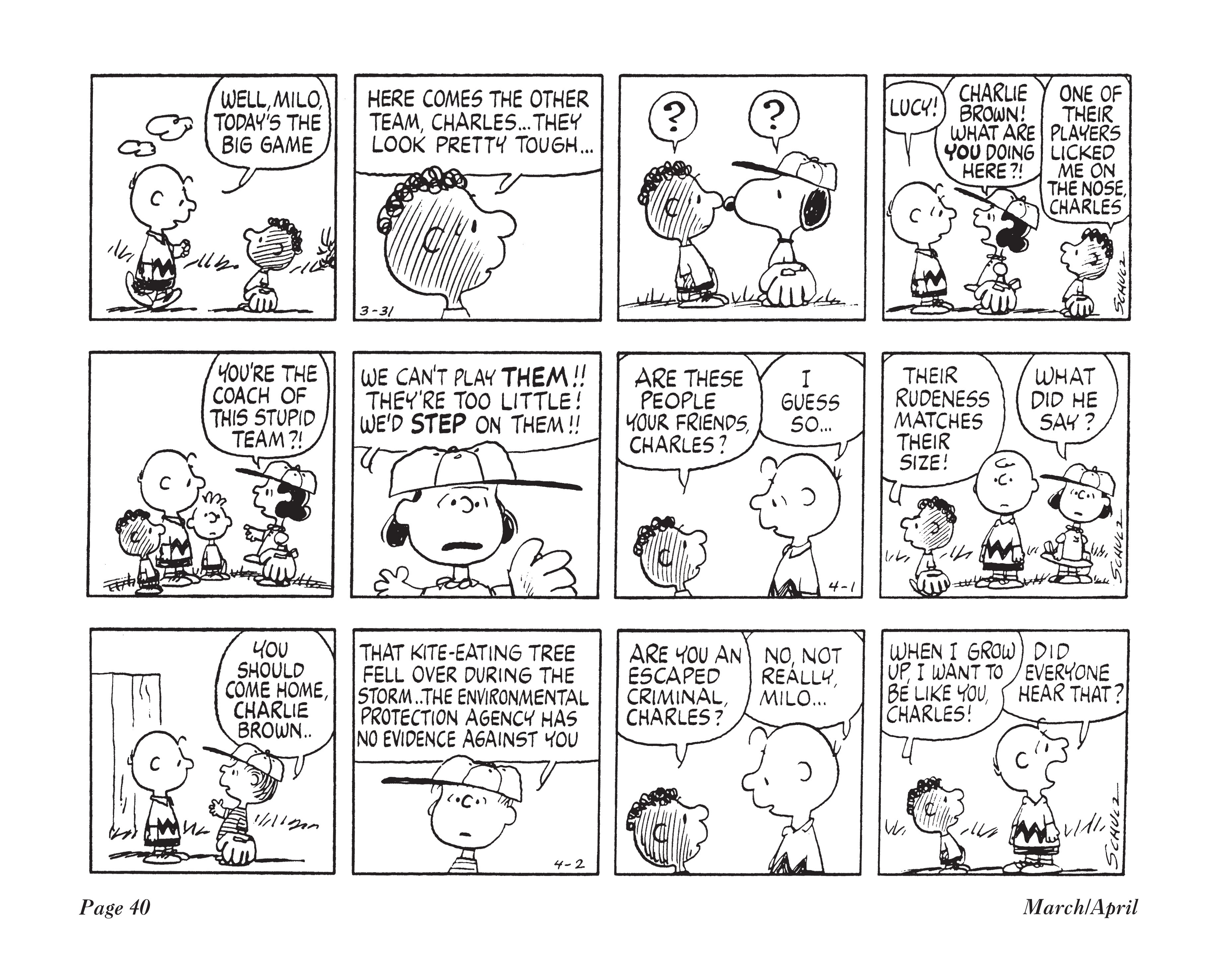 The Complete Peanuts 1977-1978 is Volume 14 of 25. There are more Snoopy transformations as he becomes the Cheshire Beagle for a while, and then uses his helicopter ears to rescue Linus who is trapped in a love triangle involving Truffles (last seen briefly in volume 13) and Sally. Charlie Brown bites the Kite-Eating tree to teach it a lesson, but after receiving a letter from the Environmental Protection Agency he runs away from home. In an extended storyline he meets a tiny kid called Milo and ends up coaching him and his group of diminutive baseball players, Austin, Ruby and Leland, who christen themselves the ‘Goose Eggs.’ They even play against his own team, although for once we don’t see the result.

Many other new characters make their first appearances. A furiously intense and thick-browed athlete called Molly Valley (“In the last tournament she beat up her partner, two linesmen and a ball boy!”) draws Snoopy as her mixed doubles partner. She plays a very loud game of tennis with him, and later comes back for another match with him against her nemesis, ‘Crybaby’ Boobie, a girl who complains about everything: “I think the net is too high! These balls feel dead! I can’t play on a slow court! These balls feels too lively! I think the net is too low!” Every time she wins a point, her mother honks her car horn. “The next time she does that, I’m gonna tear off a wheel!” Molly Valley shouts. Schulz’s drawings of the two adversaries is particularly nice here, with great designs for both of them. Sally makes a new friend at camp, called Eudora, who moves to the neighbourhood, starts attending the school and also gets Linus’ blanket away from him. Peppermint Patty and Marcie become golf caddies for a while and then have a fight with an entire hockey team. Guess who wins?

Lots of smaller stories feature the rest of the cast including the talking schoolhouse and the cat next door, a surprise phone call from Pig Pen, Snoopy’s near-marriage, Sally’s show and tell at school, and Woodstock missing his mother complete another outstanding volume. The introduction is by actor Alec Baldwin.