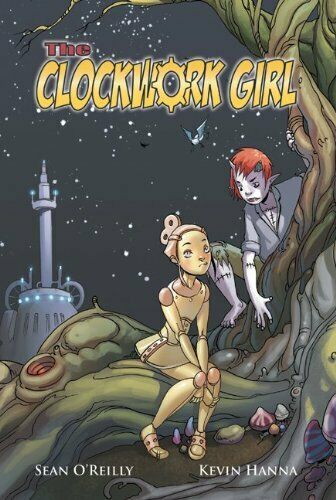 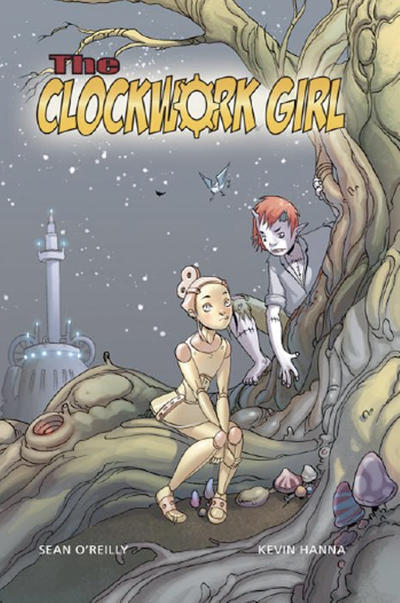 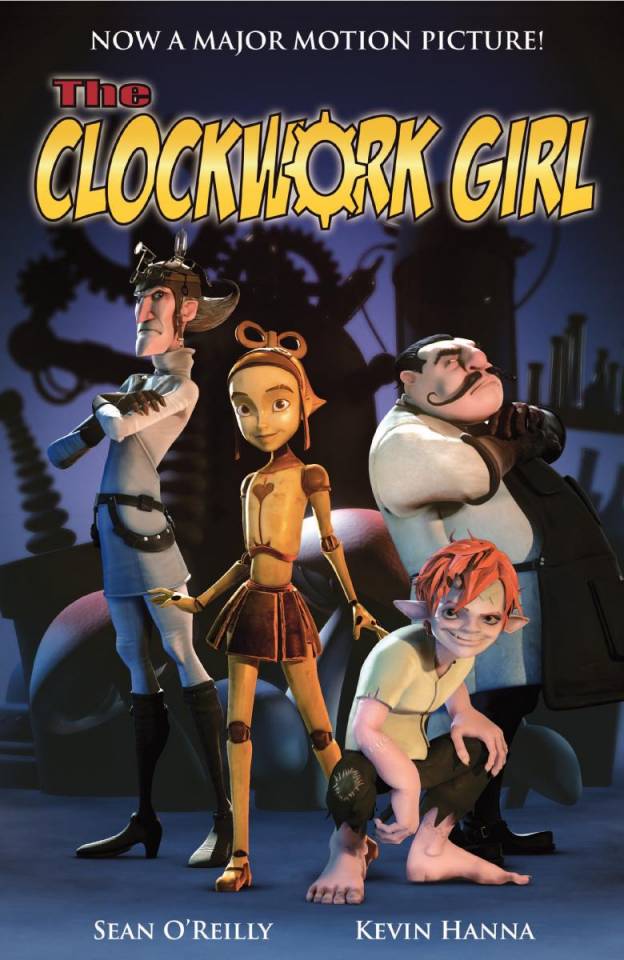 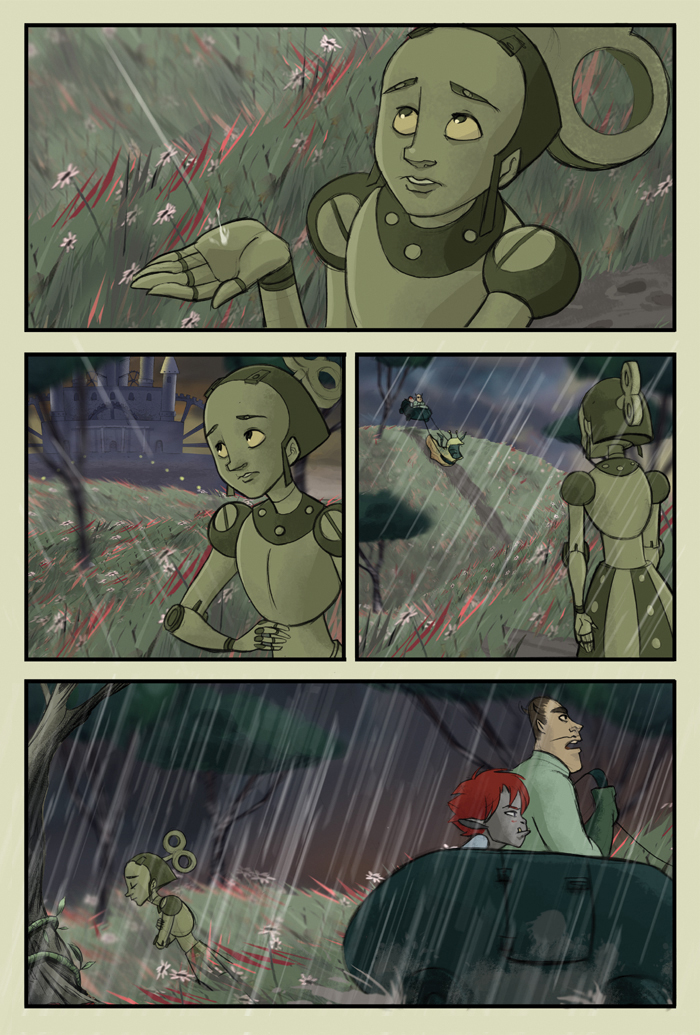 Mechanical men are one of those rare confabulations that existed in people’s heads long before we actually discovered, built or confirmed them – just like teleportation, the Higgs Boson or equal pay for women. It’s a rare person who doesn’t have some inner conception of what a robot should be. As such a chimeric concept, hand-made beings fit almost anywhere in storytelling, as seen in this modern fairy tale, crafted with the intention of becoming a film classic for kids of all ages. Sean Reilly and Kevin Hanna crafted this enchantment in 2008, while their movie was finally released in 2014.

In the fantastic city of Harfang, a metropolis both ancient and futuristic, wise men and savants, enquiring minds and inventors enjoy lives of wondrous creativity and hold regular contests to determine who is the most brilliant and inspired among them. Dendrus the Grafter specialises in resurrections, radical surgery and biological blending whilst his old friend and greatest rival Wilhelm the Tinkerer has devoted his life to mastering physics, engineering and all mechanical disciplines. One night, just before the Haraway Fair that would determine this year’s greatest intellectual achievement, the Tinkerer finally succeeds in creating true life from cold metal, cogs and springs. Unlike his soulless, lumbering previous attempt T-Bolt, this latest effort is a sublime creature of wonder and delight who will show the world what genius is.

Dendrus, meanwhile, is having problems with a previous triumph. Last year Huxley was a sensation: a masterpiece of biological cross-pollination and reconstructive surgery, but lately the lad has been living up to his daunting appearance and – undeserved – reputation, increasingly becoming an unruly handful and headache for his “father”.

Leaving the “monster boy” to check out the usual parade of insane experiments on display (by the usual scientific suspects), Dendrus is there when the Tinkerer unveils his metal marvel: a beautiful, beguiling Clockwork Girl who is truly alive. He proudly awards Wilhelm first prize, but is too distracted by the chaos of the Botanist’s exhibit escaping to notice the effect the gleaming gamin has on awestruck Huxley. Utterly enraptured, the beast boy can talk of nothing else to best pal Maddox, and soon they are trailing the victor’s carriage back to the Tinkerer’s castle and risking their lives to get in and meet her. Persistence overcomes all odds and soon they are in her tower chamber, chatting with the charming innocent. Huxley is astonished to discover she has no name. At his insistence she christens herself, plucking the name Tesla out of thin air and her imagination. Before they leave, Huxley agrees to meet with her again tomorrow, and show her the world her neglectful, fame-besotted father has brought her into.

There’s joy in Tesla’s response to each new observation and experience, and heartbreak when Tesla and Huxley discover their respective “parents” aren’t keen on their new relationship.

This enchanting pastiche of Romeo and Juliet blends whimsy, humour and the drama of first love in a charming romp with a happy ending. The Clockwork Girl is a wonderful confection proving the power of diversity and confirming the rewards of inclusion, so a timeless treat long overdue for a revisit and some serious acclaim.